With only fourteen made the chances of bumping upon a Mini based Beach car are limited, but visitors of the Quail Lodge in California will see one on 15th of August this year, when one of them comes up for auction. According to Bonhams auctioneers' description 13 of the Beach cars were left hand driven and 'went to destinations in the United States, where they would serve as dealer and distributor promotional vehicles to promote the North American introduction of the new Mini'. Thirteen seems a bit of an exaggeration to me but fact is that this one came that way. It was used for promotion by San Francisco based Austin concessionaire Kjell Qvale. He kept it at his ranch and had it painted dark green at one stage before giving it to a friend named Keith Simon at around 2000. Simon started a restoration before selling it to Robert Forbes in 2007. It's now in its original Surf Blue once more. Unfortunately the original wicker seats, made by Lloyd Loom of Spalding have disappeared and have ben replaced by standard Mini seats with wickeresque fabric. Beach car owner John Reymondos wrote to me: "From personal experience, they are not comfortable at all, so that might be the reason…" He had Lloyd Loom made new ones for his car a couple of years ago, so they may do that again for this one - if you have the money left. The estimate is a whopping $70 - 90,000. That's £41 - 53,000. Worth it or completely over the top? 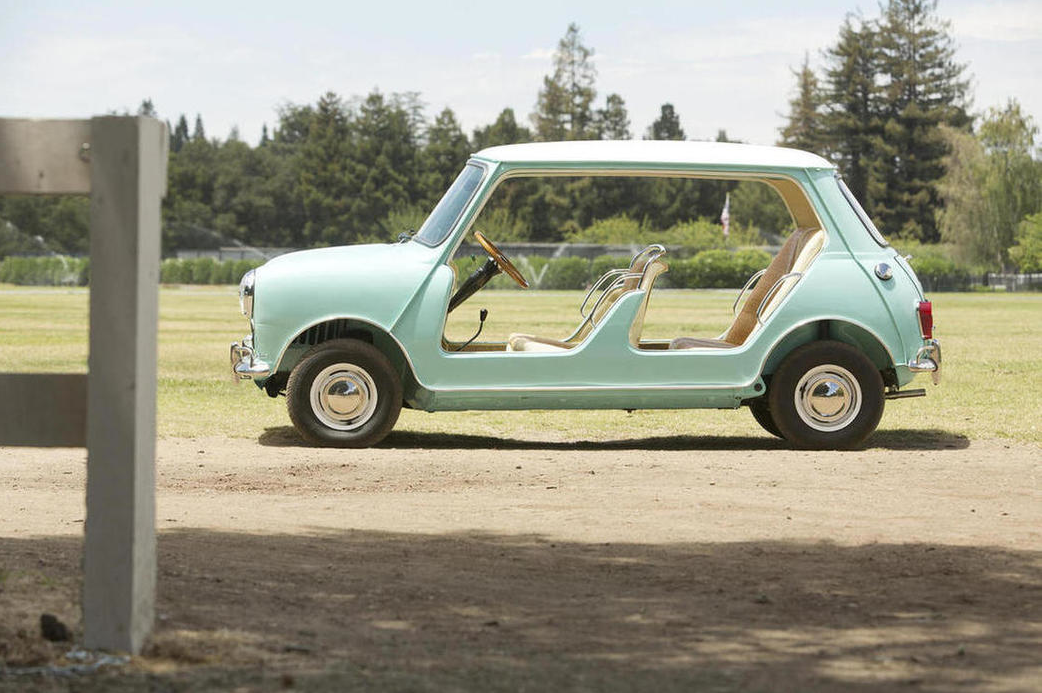 This Beach Car spent most of its life at a ranch in California, not on a beach
Picture courtesy Bonhams Auctions 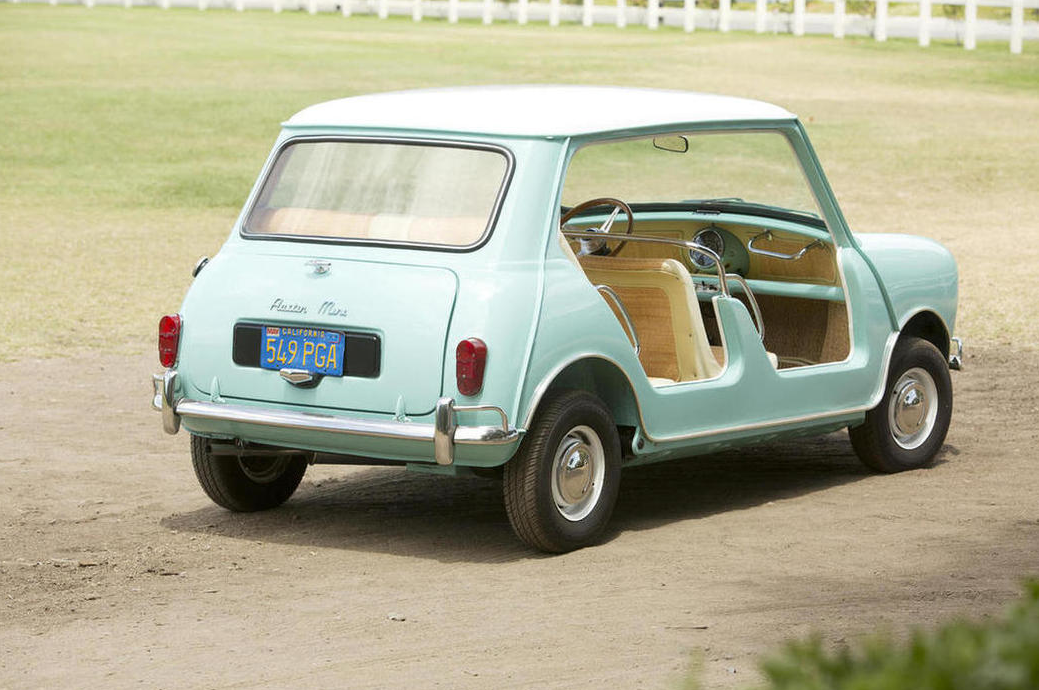 With under 12,000 miles on the clock it looks superb in a very 1960s shade of blue
Picture courtesy Bonhams Auctions 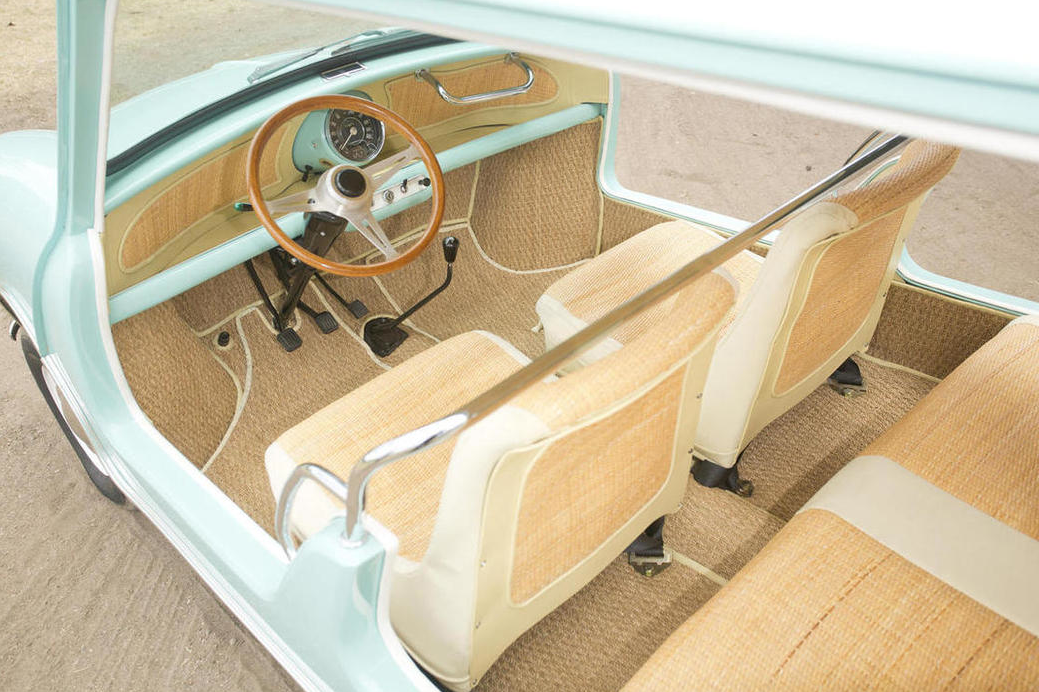 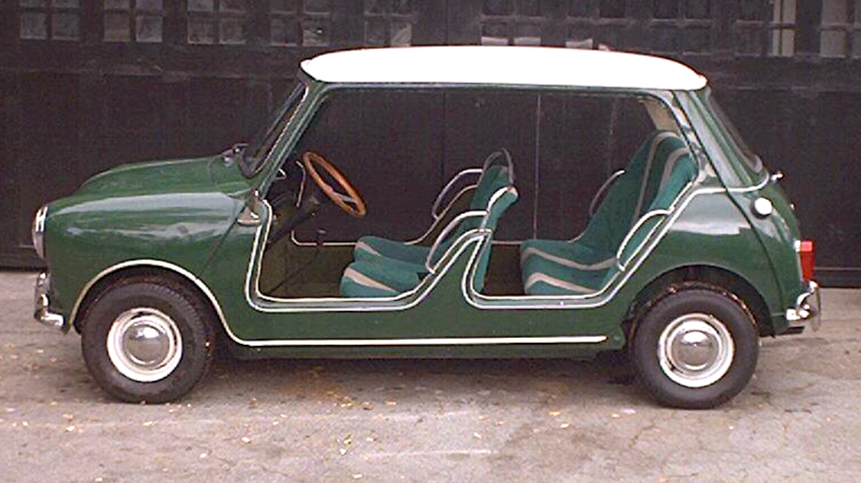