Deep Sanderson and more in Germany

If you know me or if you have been following my posts for a while you must know I have a soft spot for Deep Sandersons. So when I first heard of a DS 301 survivor in Germany many years ago, I was desperate to find it. Not easy. In fact, it took me to last Spring to find out where exactly it was. Mysteriously, when I contacted the chap who'd owned it for some 30-odd years, he informed me that he'd just sold it... Bugger! I decided to go and have a look at it anyway, as the new owner brought it over to Mike Gensemeyer's workshop in Germany. Mike has been preparing race Minis for years and the car is definitely in good hands with him. It turned out to be chassis number 6 that had been in the UK up until the early 1980s (September 1980 advertisement here). Not much of it's early history is known but I found some reports of the car when owned by a man named Richard Graham who restored it in 1979. One particularly strange feature on this car is that it uses the Mini's rubber ball springs only and no coil springs in the rear suspension. It's the only one with this feature that I know of. (UPDATE HERE)

Anyway: the new (Swiss) owner is planning to take the car back to the racing track (it's last appearance was in 1983 - see update too). He has the car now restored to take part in next year's Le Mans Classic race, a job skillfully carried out by Gensemeyer at this very moment. I had a look around in his workshop (website in German here) and stumbled upon several intriguing cars there. Lots of racing Minis but also a few derivatives. Mike used to race a GTM Coupe himself but he sold his car recently after the car was ruled out of the German championship he took part in. He is now planning to restore the ex-Jeremy Delmar Morgan Mini Jem Mk2 works racer that he bought a while ago. A car with quite some history attached to it. But that's something for another story. 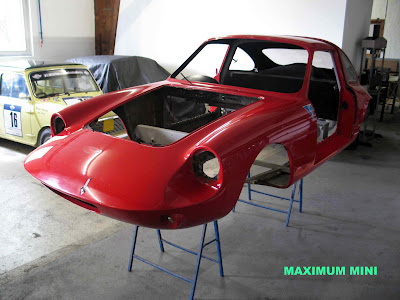 German Deep Sanderson 301 was never road registered, also not when in the UK
Picture Jeroen Booij 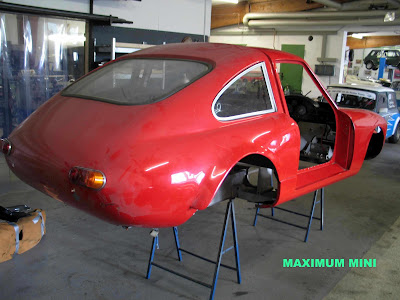 It wears chassis # 6 and last made it to a track in 1983. Original colour was dark blue
Picture Jeroen Booij 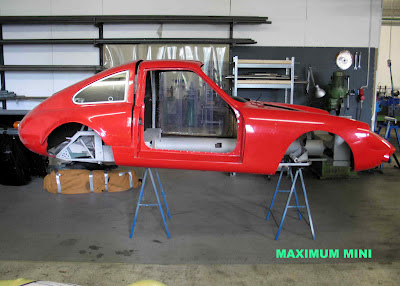 Its previous owner had it nearly 30 years only to sell it just before I tracked him down...
Picture Jeroen Booij 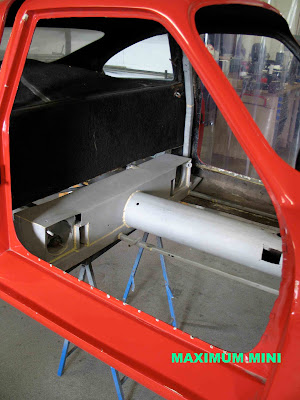 Unusually, the chassis uses the Mini's rubber balls rather than coil springs at the back
Picture Jeroen Booij 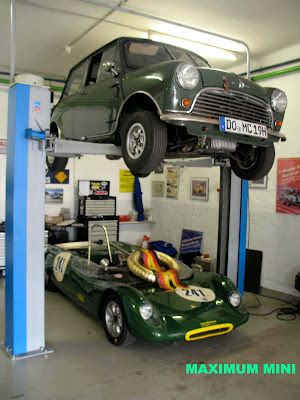 Mike has been preparing many more Minis for the track. Here a Cooper 'S' plus Lotus 23
Picture Jeroen Booij 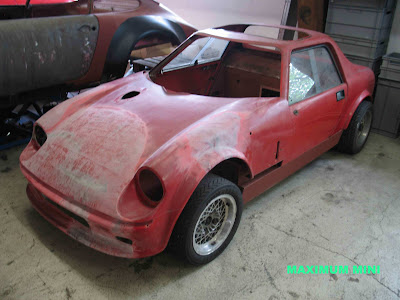 Tucked away in a corner I stumbled upon a GTM Coupe. It will be restored one day
Picture Jeroen Booij 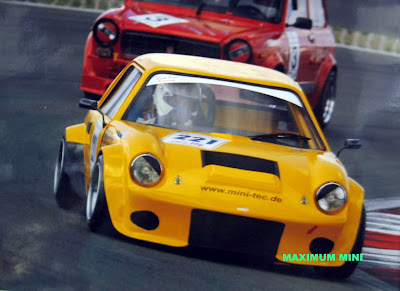