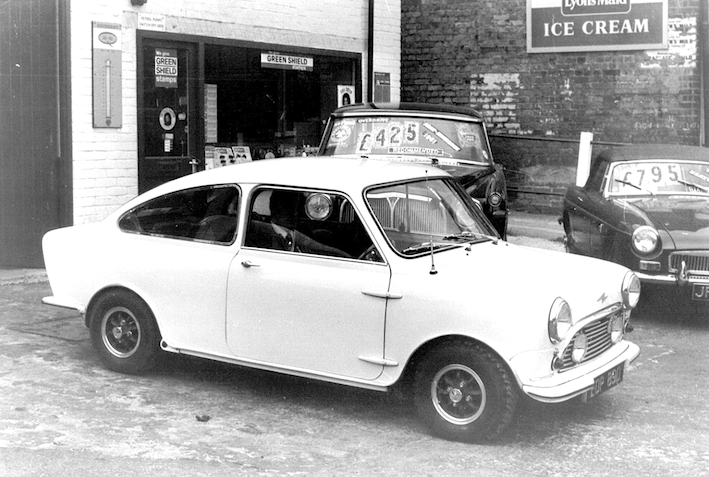 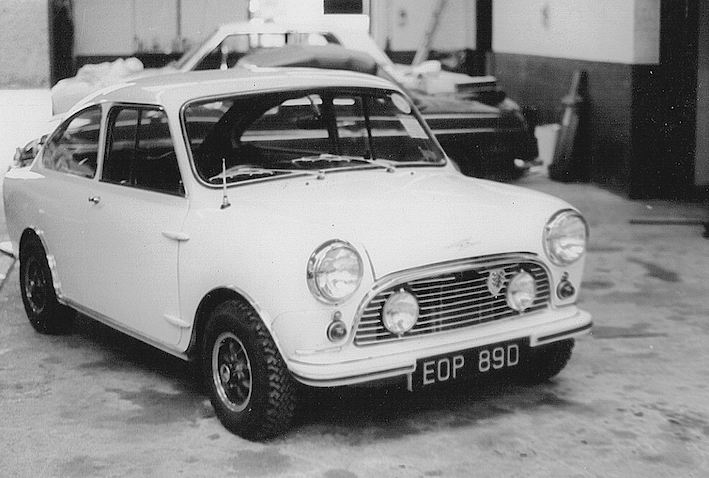 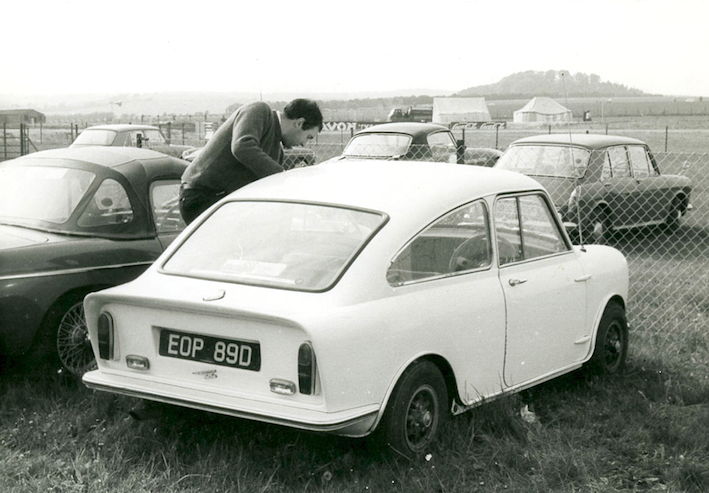 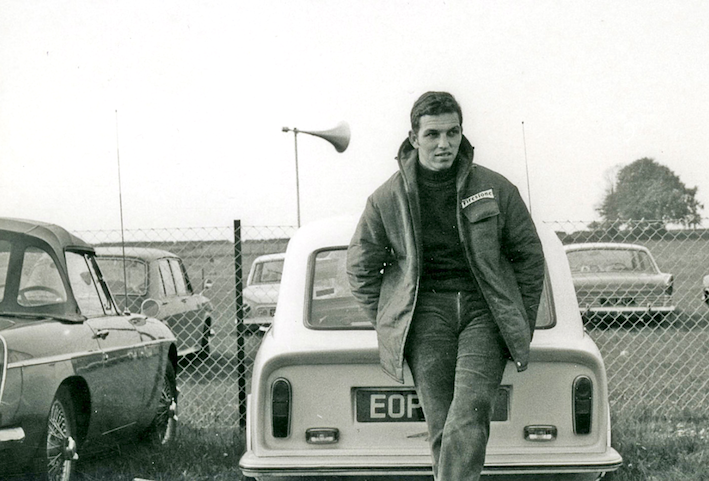 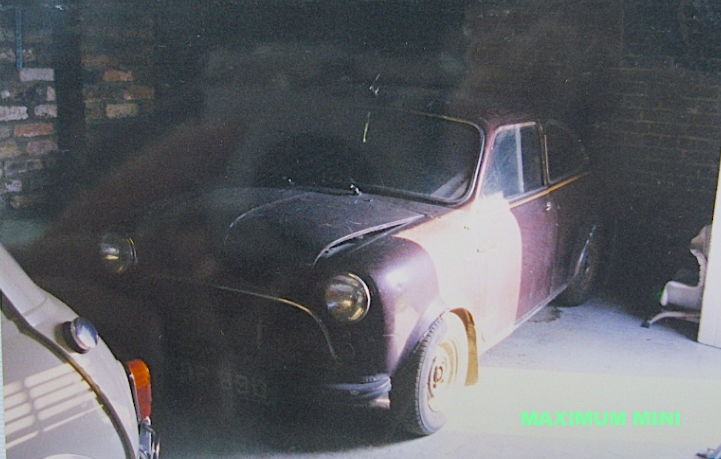 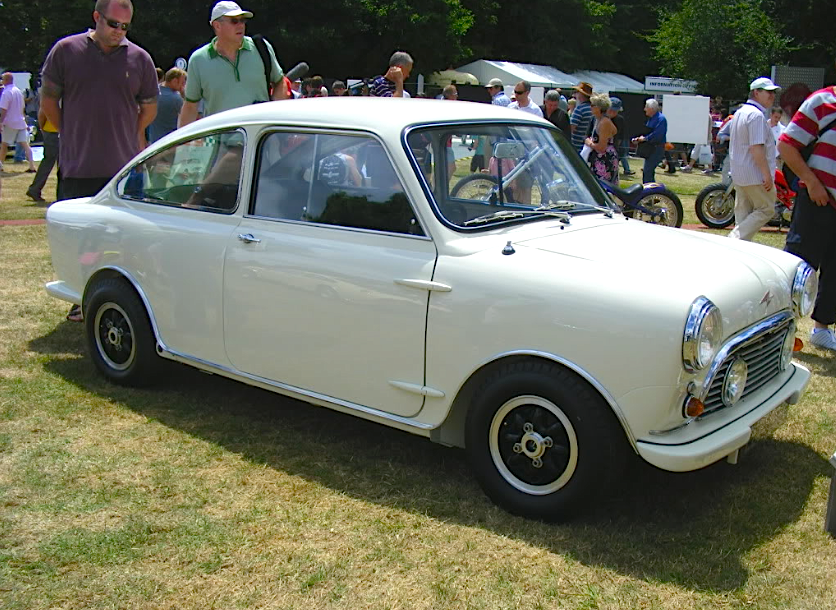 One of the good things about a blog is that you can share lots more information than you can in a book. It's the main reason why I started these web pages years ago, and I shouldn't forget to dig out some nice anecdotes I have come across in all those years researching our beloved Mini based cars. Take the Stimson Trek, for example. Fully featured in Maximum Mini 2. You may be surprised that this very tall and seemingly top-heavy vehicle was heavily auto tested back in the 1980s.

That has to be one of the most surprising motor sports appearances in the past 50 years. Mike Bennett who ran the Mini Register told me years ago about it. I dug up the message he wrote to me, which unravels the full and most unlikely story:

"Hi Jeroen. You may already know some of the following but I am happy to include it just in case. The rights to the Trek and the moulds were bought by a couple of guys from the Wirral, Merseyside. Their names were Sandy Lee and John (Im afraid I cant remember his surname). Sandy and John set up a company called Trek to manufacture the car and operated out of a unit on an enterprise park in Birkenhead. They sold a few cars locally and then got some orders from Spain. Following this they obtained a deal from a company that were selling them through the Debenhams store chain. Things were going well and then they received an order from this company for what I think was 25 complete cars a month. To cope with this volume, they took on another unit, bought a chopped strand fibreglass spraying machine and took on more staff. Then things went wrong, the cheques from the company that ordered the run of cars started to bounce and despite all attempts by Sandy and John, Trek went into liquidation."

"I got involved when I visited the company to take a look at the car. I was competing in autotests at the time in my Mk1 Cooper S, the national autotest championship was evolving at the time with cars in the Mini classes being significantly lightened. I did not want to modify my S in this way and was looking for an alternative car. Sandy and John suggested I tried their demo car in the car park and after a few handbrake turns I tried a reverse flick and managed to roll the car. I was very concerned that I had damaged their car but Sandy and John were very pleased!, they had been trying to roll the car on the beach to prove that the roof bars were strong enough and had not managed to do so, as the car had survived the roll with just a few scratches to the paint they were very happy. The upshot was that they gave me a kit to compete in the national autotest championship. I had a very rusty 1275GT at the time and with the help of a friend built the car in a fortnight just in time for the next round of the championship. The arrangement with Sandy and John was that after each event I would take it back to the factory so that they could give it a good check over and see if any improvements could be made, they were very keen to use the experience in motorsport to improve the car.
The car consisted of a tubular chassis with two substantial roof bars that acted as the windscreen support at the front and ran to the rear of the car. You drove it sitting astride the chassis, motorcycle style, with the gearlever between your knees, the bench seat across the rear could accommodate two passengers. A complete Mini subframe and steering rack bolted to the front of the chassis and the Minis rear trailing arms bolted directly to the rear. A pair of coil-over shock absorbers replaced the Mini rear springs. The body consisted of two mouldings, the main tub and the detachable bonnet."

"Initially the car was a real handful to drive on autotests, with the roof bars and the large windscreen, the car was very top heavy and also very light at the rear, under heavy braking the rear wheels would rise two feet into the air. Constant improvements through the year made it more competitive but it was still someway short of the autotest Mini specials (Minis with the roof cut off right down to just over the rear wheel arches) that were in the same class. It didnt help that I was in the same class as Russ Swift and John Underwood, both of whom are multiple British Champions, so I finished the year with a string of 3rd in class awards. Plans were being made for a new car for the following year with a lower centre of gravity but that was not to be."

"Sandy and John were real enthusiasts and took a great delight in the Trek venture, it is a great shame that like so many of the others in your book, it was the business side that spelt the end. Cheers, Mike."

I hope you are okay, Mike, since I haven't heard from you for a while.
Meanwhile I attach some pictures of different Stimson Treks I collected over time. Anyone else who has one?

UPDATE 6 January 2016: Mike found pictures in a forgotten shoe box and shares them with us here! 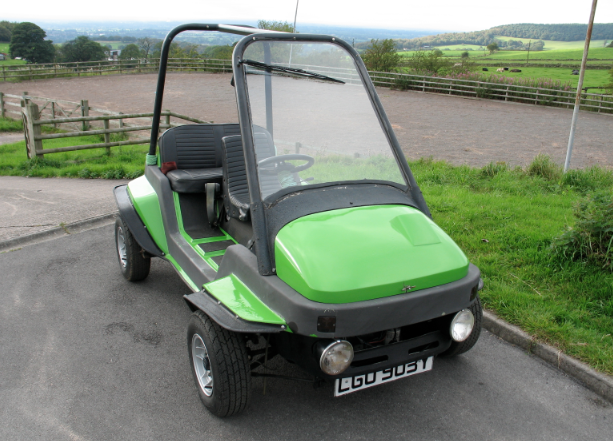 I photographed this Stimson Trek in 2007. It was owned by Steven Dale at the time
Picture Jeroen Booij 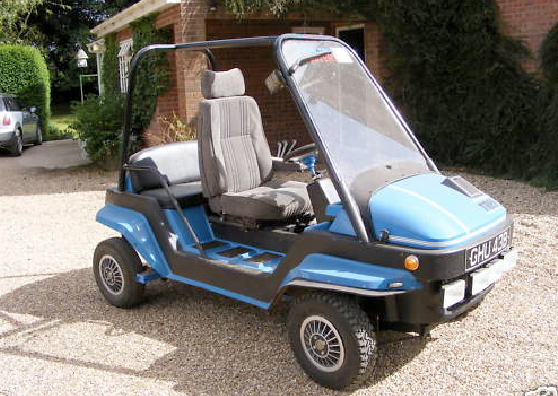 This one (GHU 43B) came up for sale on eBay in 2009, looking good (apart from that seat)
Picture Jeroen Booij 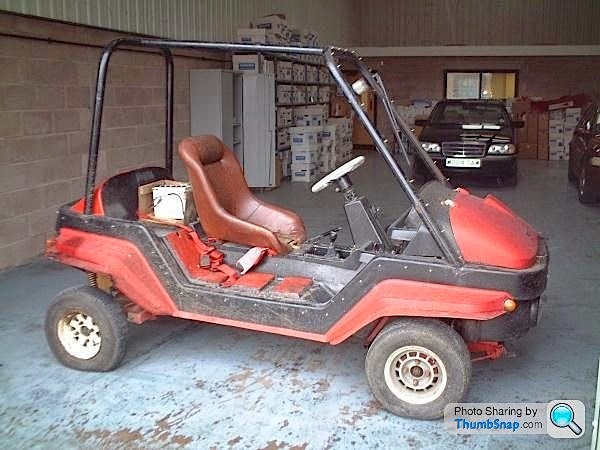 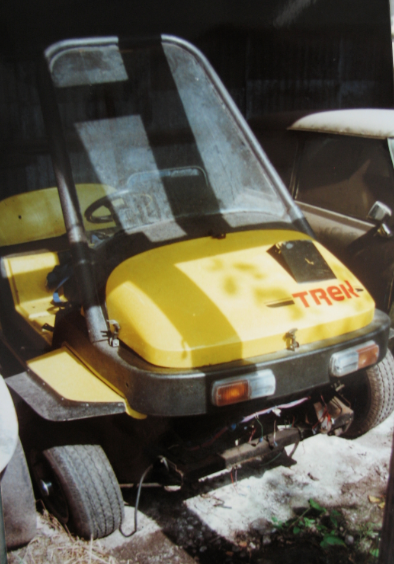 This is a picture from my archive, and I can't remember where it came from
Picture Jeroen Booij 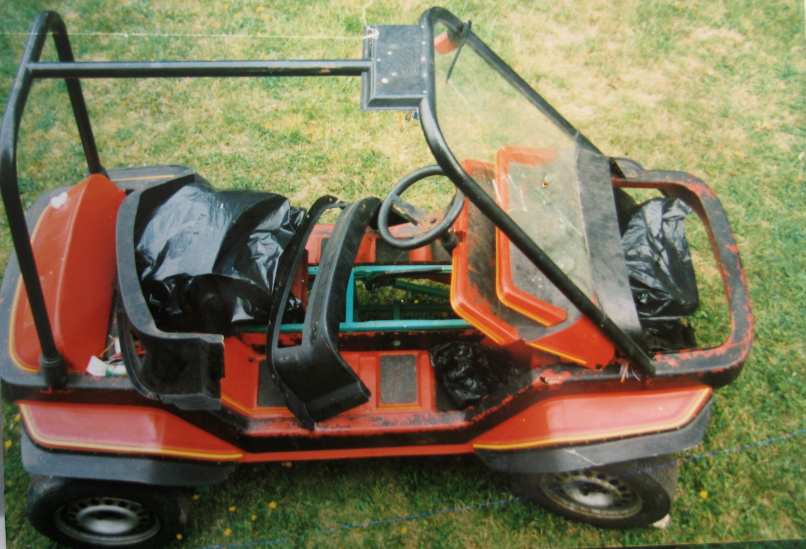 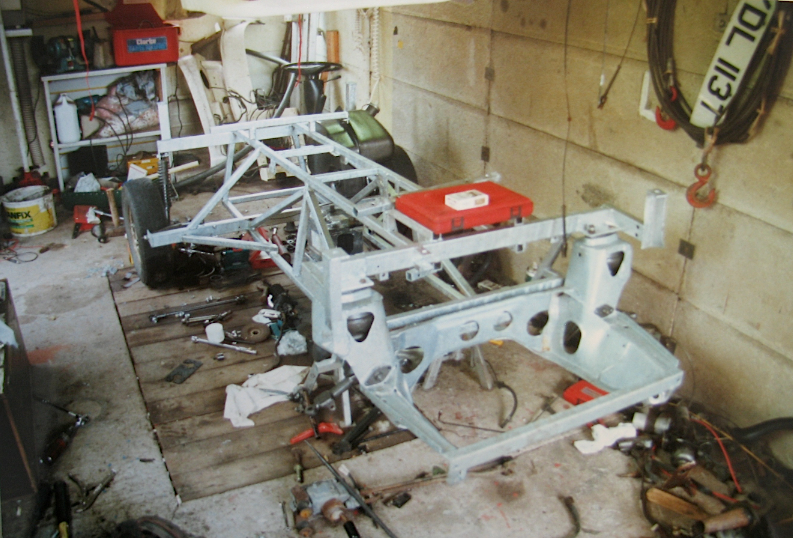 This Stimson Trek chassis was part of that same collection. I have no idea if it survives
Picture Jeroen Booij archive

That was a rather long silence on here, but all for a good cause. I have been traveling to see some splendid cars and meet their enthusiastic owners. The scene below is one of several I stumbled upon. No, I'm not telling you where or what, but it may be no surprise that the car in the centre of the picture is the one that brought me there in the first place. Yes, it's another Unipower GT. And I can tell you it wasn't the only thing of interest in there. Do you recognize the others on the picture? 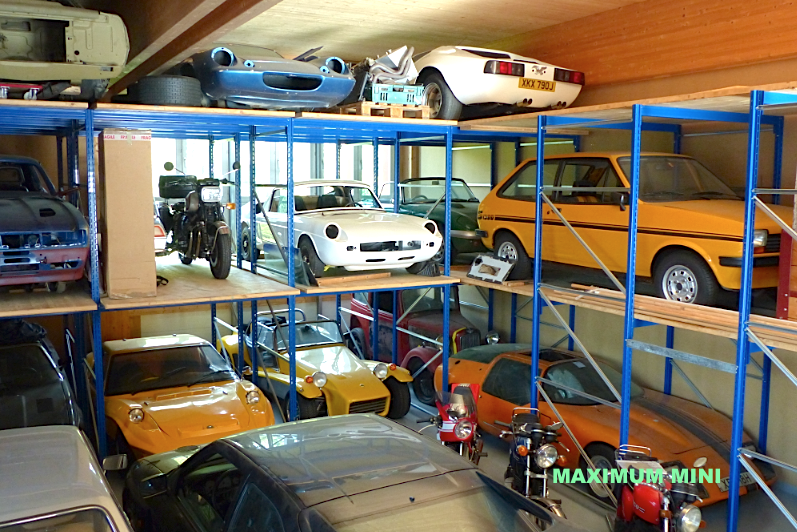