This has become a real classic since 2010: the Maximum Mini Christmas puzzle. For this year you won't find any Mini based car in the pictures below, not even details. However, all the vehicles seen do link directly to a Mini based creature. And you guessed it: I want the names of the cars seen and the links to the Mini derivatives in all detail. The first who all the answers right wins a picture to choice from the Maximum Mini archives, printed in a large size. Send your answers via the comments below up until December 31 of this year. Good luck! 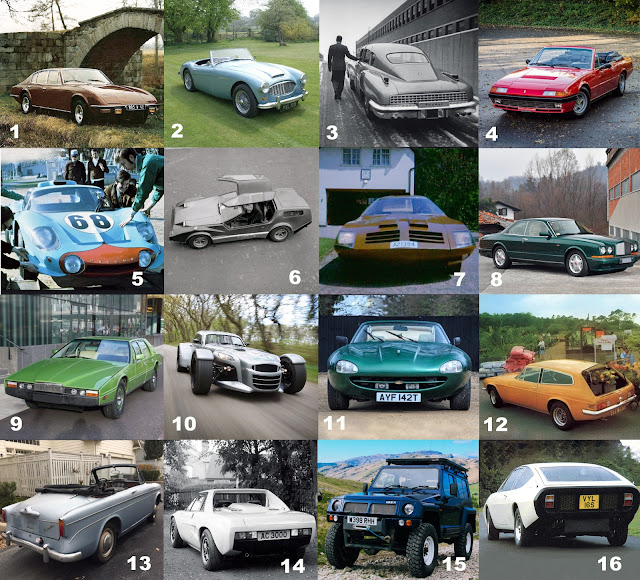 Tomorrow you'll find the traditional Christmas puzzle on this page, but for now I already wish you all the best for Christmas and a happy New Year. Thank you for your support in the last year and don't forget to vote for the 'Best Find of 2018'. Happy Christmas! 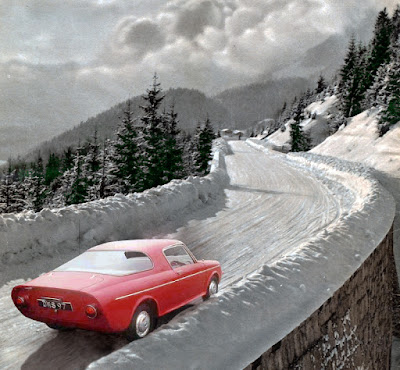 With the end of the year nearing, the time for traditions has come. How about the yearly Maximum Mini 'Find of the Year' poll? Once again, several interesting Mini based cars were found in sheds, lock-ups, gardens and garages again and I made a selection out of 5 of them.

You will find the cars that have made it to the contest below. To vote simply drop a comment below stating your favourite find (click here if you read this through an email message). The one with the most votes wins - it's simple as that. Now, over to the candidates: 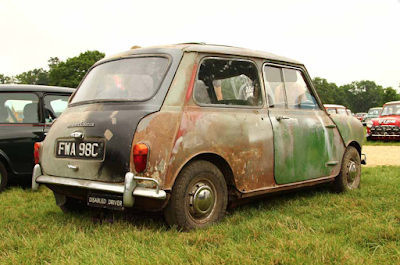 The Radford hatchback Mini that was used as a tender to the wacky Carawagon. Full story here. 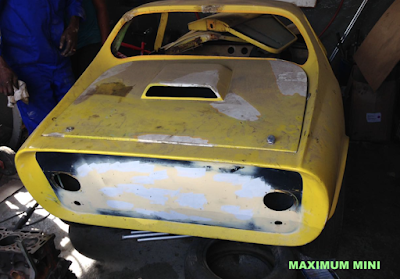 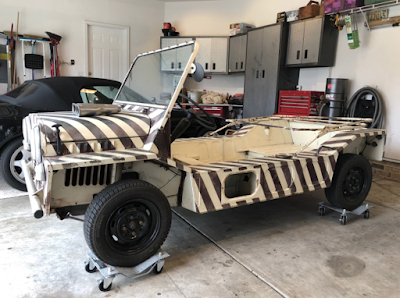 A Beach Boys Mini Surfer, one of probably just five made for the Beach Boys. Full story here. 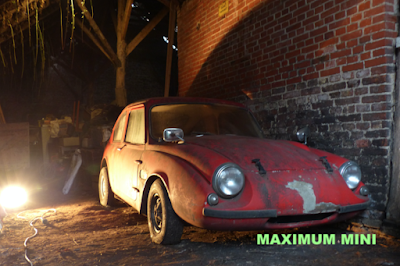 The Peel Viking which is also known as 'The Dutch demonstrator'. Full story here. 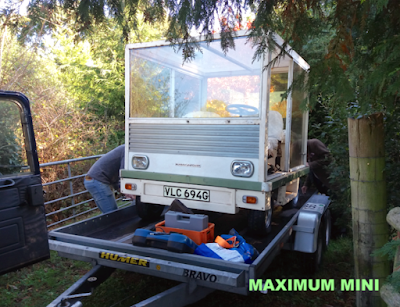 To some, last weekend may have seemed the most ridiculous time to visit Paris, but I did just that. And, no, I did not wear a yellow vest. I went there to meet these two people: Hubert Giraud and his wife Christine. Hubert was the team boss of the Mini Marcos equipe in 1966. The man who entered my car at Le Mans, who paid for all the expenses to have it built and who sacrificed his Morris Cooper 'S' to do so. He is the only living person directly involved with the project and is 81 years of age today. His memories about the events are crystal clear though. What's more: he has a map full of documentation, pictures and letters, several from Jem Marsh. It was a very special meeting. 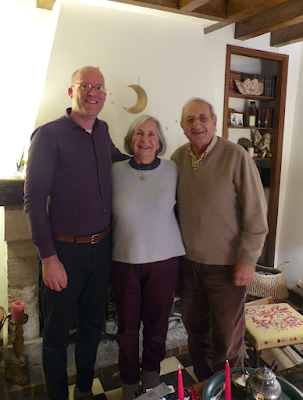 Monsieur and Madame Giraud gave me a most warm welcome
Picture: my lovely wife

Le Mans Mini Marcos: back home (but not for long)

Almost exactly two years after finding the Le Mans Mini Marcos in Portugal and bringing it to my home, it's back there once again! And although things didn't always go as planned and time schedules were messed up in the two years in between; a lot more happened to the car then in the 43 years before, since it disappeared so mysteriously in Paris in 1975.
But it turned out to be good not to be in a hurry as the result so far is fantastic, I believe. Now... the next stage is preparing it for paint and the actual painting... Quotations are being made at this moment, but I haven't struck a deal with a painter yet. Your suggestions are welcome! 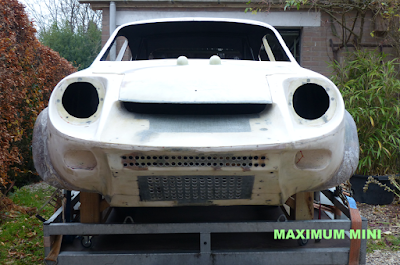 Front and bonnet now fully repaired and back to original shape. Bonnet bulges refabricated and all the holes for the extra radiator and oil cooler are back where they belong
Picture Jeroen Booij 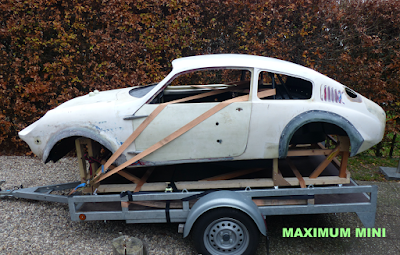 Doors and roof were worse then expected but are fully repaired now, too. Note holes in doors for parking lights to illuminate roundel and starting number during the night
Picture Jeroen Booij 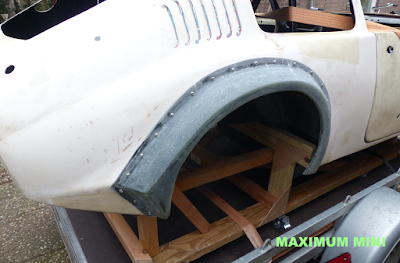 Believed impossible by some, but rear wheel arch extenders were eventually lovingly refabricated out of what was left of them. And I do have a pair of moulds now!
Picture Jeroen Booij 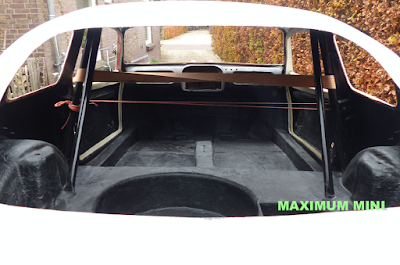 Double skinned floors fully repaired and roll bar refabricated and fitted just like it was at Le Mans, as described in more detail before. Underside and inside have been painted satin black now, too
Picture Jeroen Booij 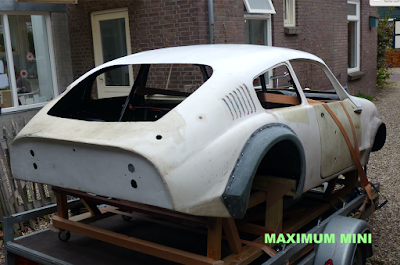 Back on the drive, but not for long. The next step is preparing and painting now...
Picture Jeroen Booij

Chris Westgate shares some photographs taken at Scamp Owner's Club meetings in the 1980s. Enjoy! UPDATE: all pictures were taken by Paul Irvine. 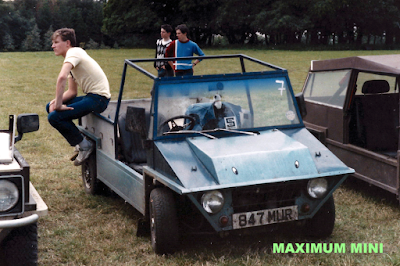 That's a Mk1 in all its simplicity, a Scamp as it should be!
Picture Paul Irvine 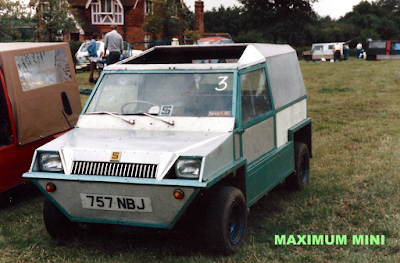 But this is rather nice, too. A Mk1 as a van with added grille and raised headlights
Picture Paul Irvine 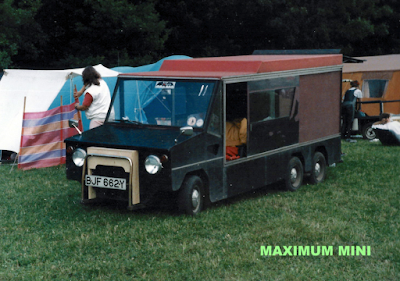 And then there's this! The 12-seater Holiday Scamp, as offered by the factory
Picture Paul Irvine 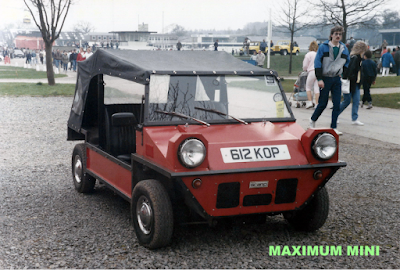 Another Mk1, this one with another idea to modify the headlights
Picture Paul Irvine 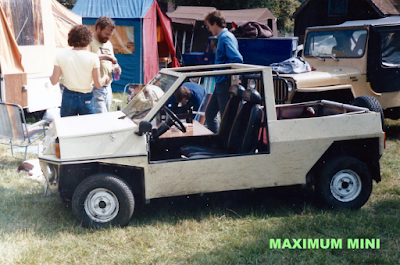 This was a well-known Mk1 in Scamping circles, owned and modified by club instigator Fred Cake
Picture Paul Irvine

Thanks to reader Martin Andersson we know that the Swedish Holmbarth 1100 survived at least until 2008 and was actually known as the Automec Special using the front end of an Ogle SX1000 as a rear... (click here). If it remained largely intact for such a long time, it shouldn't be a surprise it exists to this day. And it does. Martin as well as fellow-Swede Micke Pettersson both sent me an article that was published in the December 2015 issue of The Mini Times - the magazine of the Mini Seven Club of Sweden.

My Swedish is not particularly good, but Martin was kind enough to sum up the contents, from which I also lifted these images. He wrote: "In the article I sent to you, it says apart from the story I told you earlier, that Per-Henrik Holm together with another BMC mechanic Kjell Andersson had a part time garage themselves in conjunction with their daily work at BMC Sweden Competition Department.
That garage was called 'Bredängs Automec' hence the name for the car that eventually evolved from it."

"The GRP bodyshell was made and applied by a man called Sven-Eric Carrhagen (That name is familiar to me but unfortunately I can't remember who he was right now). It says that Carrhagen brought the Ogle front end to the project. When the car was finished the kerb weight was 365kgs and the engine was a 1300cc tuned to group 4 regulations mated to a sccr gearbox. The topspeed would have been in the area of 200kph at 8000rpm. When the restoration started it was found to still have its sccr gearset under the 1100 engine."

Micke, who wrote the article in The Mini Times and who interviewed holm at the time added: "There has been a follow up on this article with the car in its new paint. I will dig out the pictures." 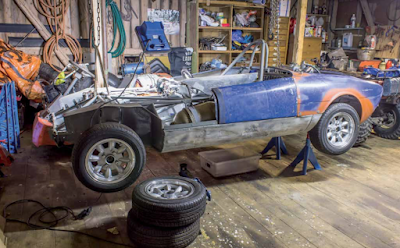 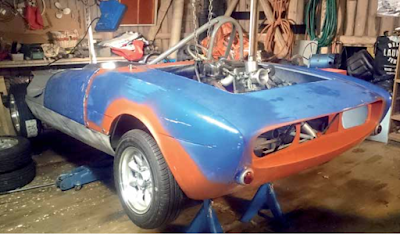 No, that's not the front but the back, using an Ogle SX1000 front!
Picture The Mini Times 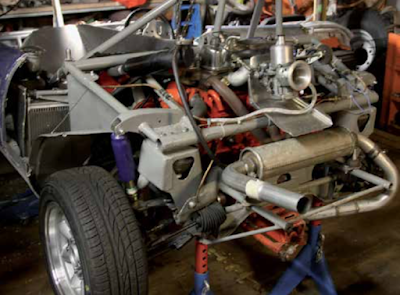 Engine is a 1300 now, mated to the original SCCR gearbox of the Swedish Special
Picture The Mini Times 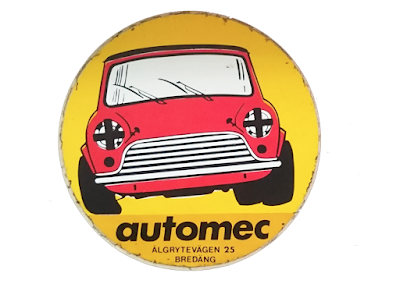 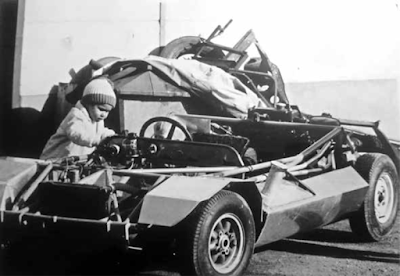 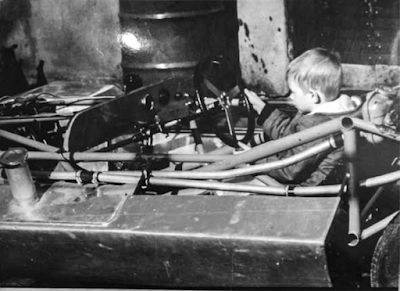 The little boy in these pictures is Micke, son of the car's builder Pelle Holm
Picture The Mini Times 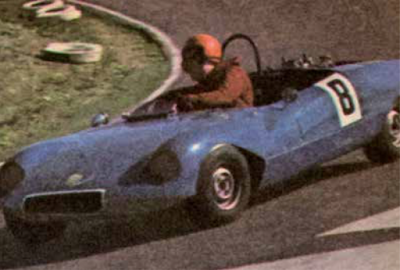 Said to weigh just 365kgs and be able to top 200kmh, the car was raced at one time
Picture The Mini Times