There's no doubt it's a Mk1 car with all the right features for that particular model, from the notched wheel arches to the sliding side windows and narrow front number plate panel and it comes with lovely early Cosmic alloys. The Speed Centre shop is long gone (now a collection agency which doesn't like people to look inside), but how about the Mini Marcos? The registration '87-78-DK' is unknown to the Dutch authorities but was issued in late 1966. Who knows more about this car? 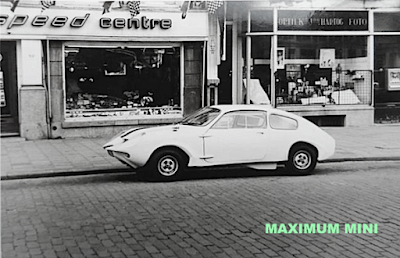 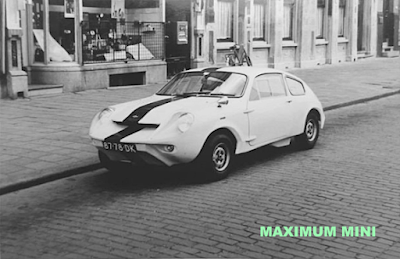 An ABS Freestyle down the street

I would never have believed that a Mini based buggy has been lurking in a barn about a mile from my house, but it turned out to be just so! Some years ago I came across a local Mk1 Mini Marcos and found another Mk1 a year later, which lives in Finland now, but both of these weren't as close by as the car below. A neighbor told me last week about it. He'd been chatting to a local man with a project car - Mini powered and rear engined - in his garage very, very local to where I live. I had no idea what to expect but was hoping for a good old DIY design, the quirkier the better. You can imagine my curiosity when we went there to have a look. I was somewhat disappointed when the car in question turned out to be an unfinished ABS Freestyle, but had to admit this was all rather nice to see one such car so close by.

The project was started at around 2003 by Wim Lubbers in his father's garage. Wim's dad Martin even built a little extension for him to work on the ABS. Wim got quite far and placed a 998 engine, fitted all of the suspension, brakes and steering. He also sourced headlights, ATS 13" wheels and most of the other parts necessary. But then he got married, had children and the project stalled. The wiring loom was never fitted and the plans to take it over to the UK for registration never materialized. And so the Freestyle, some fifteen years later, still resides in the purpose made extension while it never turned a wheel under its own power. Wim may finish it one day, he's not sure yet. If he decides to sell it, I'll let you know. Meanwhile, have a good look around your place - you never know what to expect. 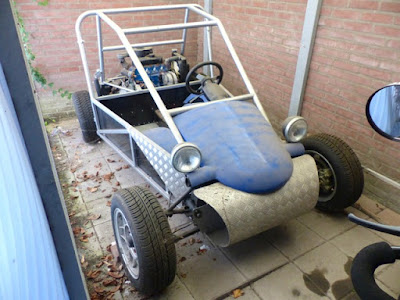 An ABS Freestyle on a mile's distance from my house - I wouldn't have believed it!
Picture Jeroen Booij 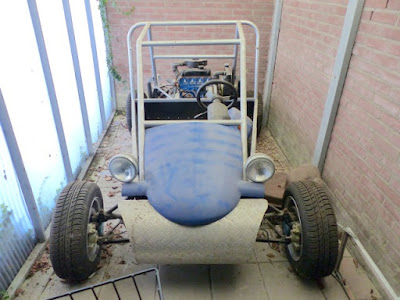 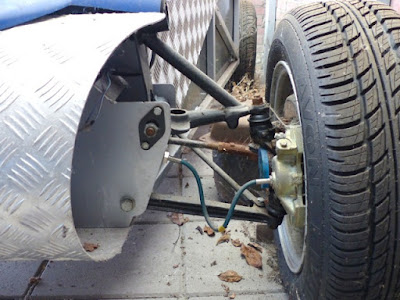 All of the suspension in place, although rubbers may need replacing after another 15 years…
Picture Jeroen Booij 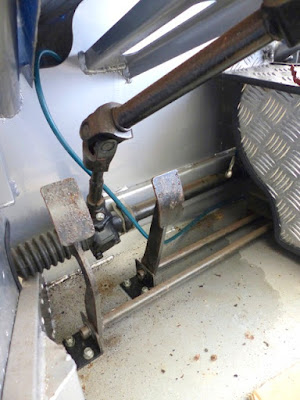 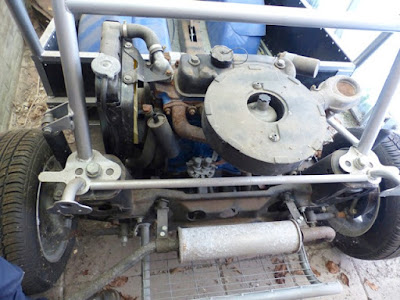 Engine is a 998 and is just about ready to be fired up. The Freestyle never ran
Picture Jeroen Booij

Remember the Mini Marcoses that reader Boxman (who's real name is Francisco and who is a Palaeontology student from Portugal) virtually drew for a computer game last year? See here if not. And Boxman is back, with yet another Mini derivative - this time the one and only Broadspeed GTS. He wrote: "Hello there Jeroen! I just wanted to let you know if you'd be interested that I just painted a few more Broadspeed GTS' for the virtual simulators. I tried to be as accurate as possible to their image and their great story and even teamed up with the man who is now restoring the original car. I think they are all as perfect as they can be, and we love to drive them! Give them a look please to tell me if you like them, a lot wouldn't have been possible without your blog. Cheers, Francisco "The Boxman" Costa P." You bet I like them mate! It's remarkable how many colour changes the car had within just a few years, as I have some pictures of it in black and blue, too. Do let Boxman know what you think - perhaps you chaps have some more ideas? 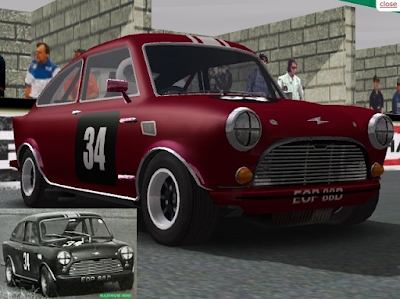 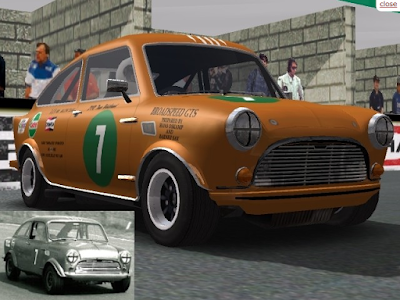 While this is what it looked like in 1969 at Zandvoort, more b&w pictures can be seen here
Picture courtesy Francisco "Boxman" Costa P. 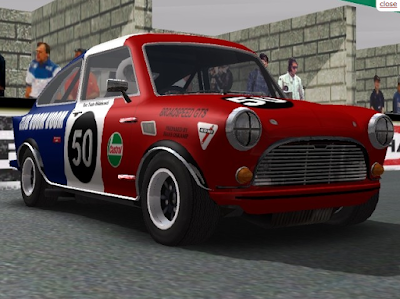 As it flew the Dutch flag at Welschap circuit in '69 (here). Club Voom Voom was a brothel...
Picture courtesy Francisco "Boxman" Costa P. 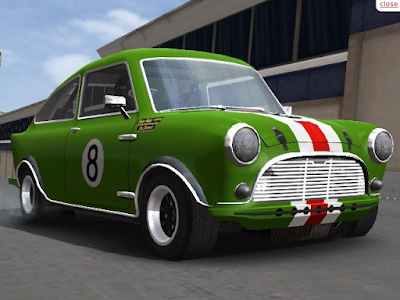 Congratulations to Porsche for winning this year's Le Mans 24-hours race. A bit of a break from the ubiquitous Audis! Next year it will be the 50th anniversary for what I believe to be one of Le Mans more heroic entries: that of the Mini Marcos, entered by Jean-Claude Hrubon under number 50 in 1966 (more here). For more Minis at Le Mans take a look here: 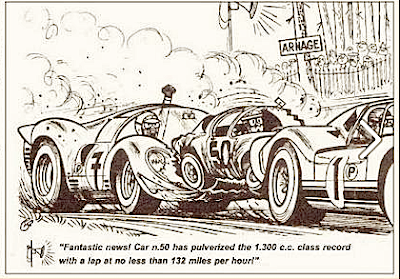 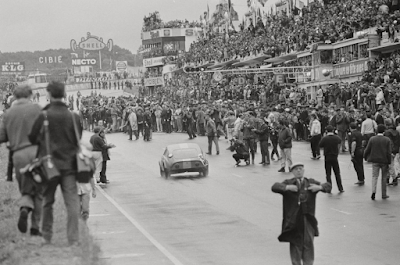 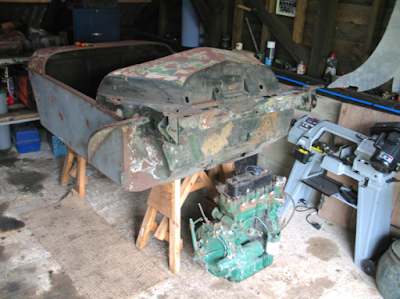 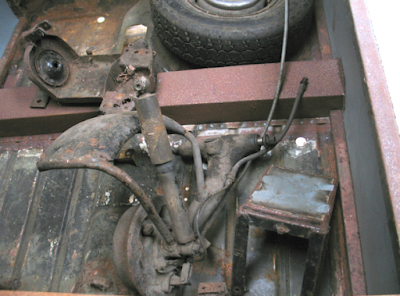 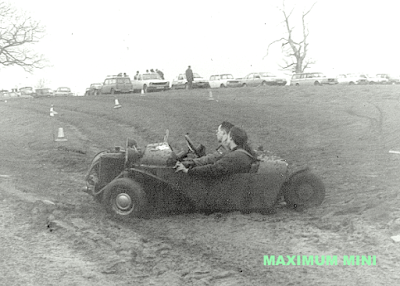 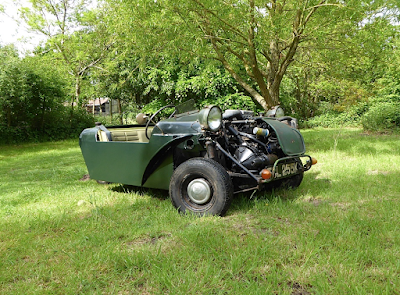 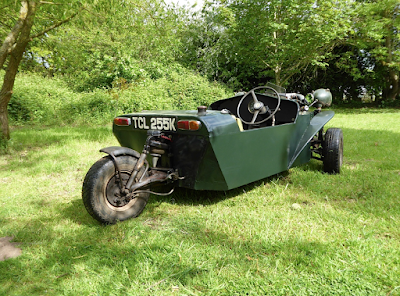 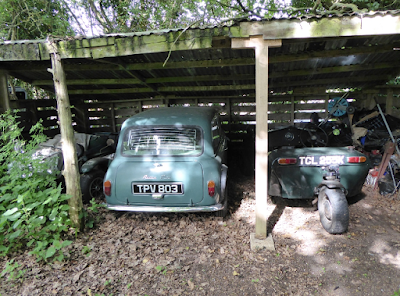 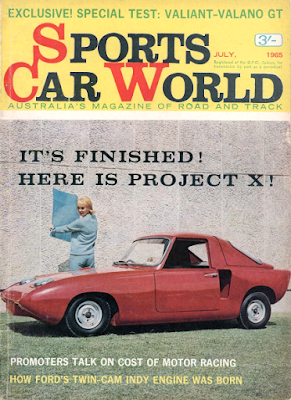 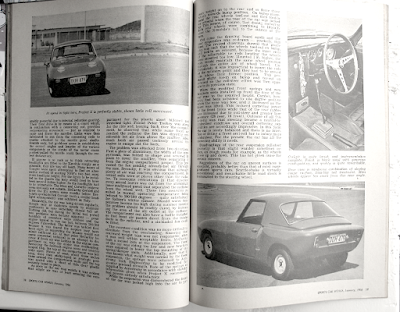 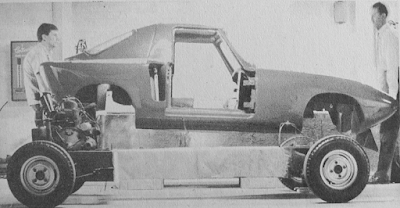 It's been a while since a mystery motor made it to these pages, but here's another. This car was spotted at the London to Brighton Mini Run, last May and I am rather intrigued by its odd shapes and proportions. The registration TNG 696G was issues to a red Morris Mini Estate in 1969, but that is hardly recognizable, isn't it? The flowing wings reminded me of the Austin A40 Dorset, but according to Craig Jarrett, who also spotted it at Brighton's Madeira Drive, most of the mods where carried out in fiberglass. Answers, so far, have not been given, while there was an extensive build sheet placed in front of the creature. Somebody must have read that…? 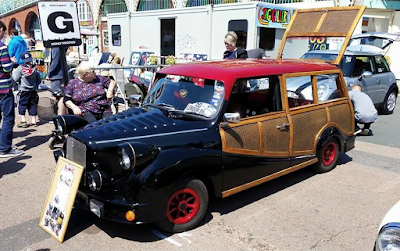 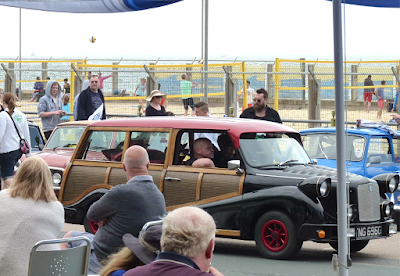 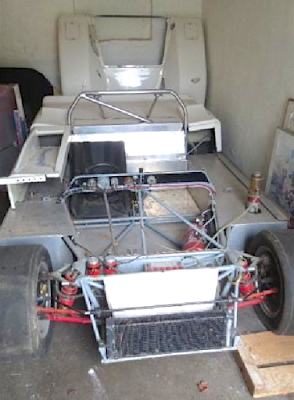 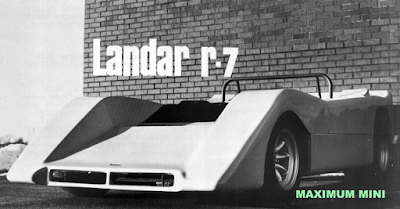