French novelist Françoise Sagan had a soft spot for big dogs and fast open top cars. The web is full of pictures of her in droptop Jaguars, Aston Martins, Ferraris, ACs, Lancias and Lotuses, often accompanied by a shepherd dog. But a Mini? Hey, it appears she had one for scooting around in Paris, too. And it was not a regular model either. This Mini - a Mk2 Austin Cooper - was converted into a cabriolet. But by who? I don't think it was a Crayford with no hood to be seen. Or am I wrong? I do know there were several cabriolet conversions haling from France but don't know very much about them. Do you? 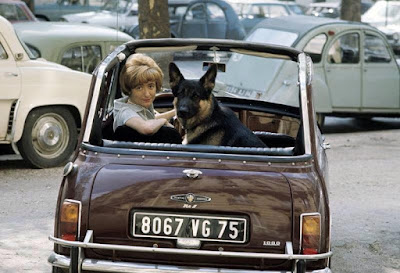 Francoise Sagan, her dog and one of many cabriolets. Who converted it?
Picture via François Tasiaux

While I am working on Maximum Mini 3, messages about cars that have been featured in the previous two books continue to come in, too. And the one I received today from Graham Nevill is a particularly great one. He writes: "Hi Jeroen, I have been a fan of your site for a long time now and especially enjoy any articles regarding Landar cars as my father campaigned an R6 in the early 70’s. At the time when I was about 16, I took some 8mm cine footage which I have finally had scanned and uploaded, I am sure you will enjoy it ! There is very little period amateur motor racing film around and none featuring Landars, so quite rare. Wish I had taken a lot more at the time!"

Graham's great video - 9 minutes no less, can be seen below here, but Graham adds some more information about the car, too: "My father, Gordon Nevill, started motor racing with his work colleague and friend Frank Aston, of whom mention has been made on your site, as his old R7 which he acquired new from Landars, has just resurfaced in Germany (click here). They were both directors of a metal recycling business in Ironbridge, Shropshire and started racing using increasing tuned minis, competing in local hillclimbs, sprints and then circuits such as Silverstone etc. After being introduced to the Radnall brothers, Frank bought his first Landar, an R6 in about 1971 and this was soon followed by the blue 1300cc R7. A dizzying selection of racing cars then passed through Franks hands including a Chevron B8, B16 and B19, McLaren M1a, Gropa (a coupe B8 with Ford power) and the Astra - which is the car in the footage. Finally he commissioned the one and only R8 new from Landars but only used it for a couple of events. He then gave up racing for the golf course in about 1975. My father had a Chevron B8 after the Mini but then bought the R6 in 1973, apparently it was the last R6 made by Radnalls. This R6 was fitted with the 1275 bored to 1300 and later in his ownership had the 8-port Arden cross flow head fitted which was quite exotic for the day. Due to their many dealings with Clive and Peter Radnall they became family friends and one time Clive treated us to a flight over the Birmingham area, taking us up in his private single engine plane. After he finished racing in 1975, meetings with Clive and Peter became less frequent but I did have the pleasure of seeing Peter about 5 years ago, in his 70’s now, compete at Loton Park hillclimb when he hurled a motor bike powered little rocket ship of a single seater up the hill with great skill. My father always loved the R6, finding it a beautifully handling little machine and I was quite involved as well changing wheels and simple mechanical work etc. I would of course love to know what has happened to it over the years and still think the R6 would make a lovely little road/track day car."

That is some fantastic footage Graham, thank you for sharing! I do not know about the current whereabouts of the car, but it could be one of the R6s that have ended up in Japan. I saw what was believed to be the ex-John Handley and Barry Pearson works car in the Maruyama collection, but I'm not sure about that. It was silver grey too. Perhaps another reader will know more? 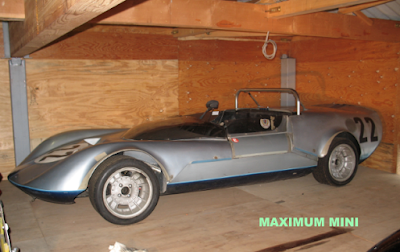 This R6, in the Maruyama collection is believed to be the ex-John Handley car. I don't know
Picture Jeroen Booij 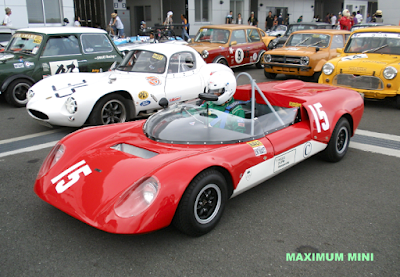 This good looking Landar R6 shows up in Japan every now and then, but I do not know more about it
Picture Jeroen Booij archive 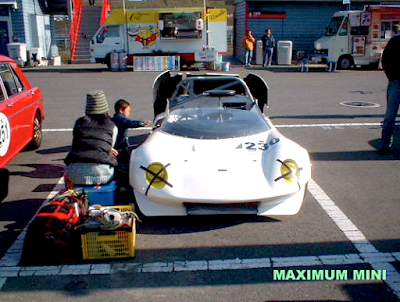 Another mystery Landar R6 in Japan. an air dam has been added to the front at some point
Picture Jeroen Booij archive

When I visited Markus Tanner about a year ago in Switzerland he showed me an unusual Ogle badge that he'd found while on the hunt for SX1000 parts (he restored this car beautifully). It certainly was similar to the ones used on both of the SX1000's c-pillars, but this one simply came on a heavy black base. Like Markus, I had no idea what it was meant for. David Ogle's paperweight perhaps? While searching a picture last week I came across the thing again and compared it to some other photographs I'd taken of Ogle badges. It appeared to me there were some differences in between them. Here's what I found: 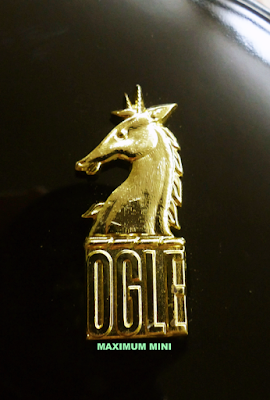 Golden Ogle badge on a heavy base, as seen in Switzerland. What was it meant for?
Picture Jeroen Booij 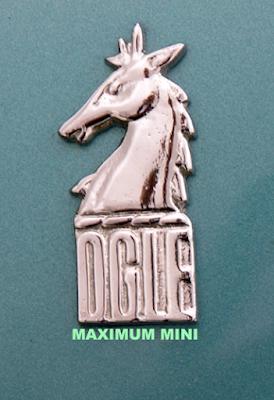 This is a similar badge as seen on one of the cars. But detail and horns are clearly different
Picture Jeroen Booij

This one is again different or are those horns simply bent?
Picture Jeroen Booij

While this one is plated but again, the detail is not very fine
Picture Jeroen Booij 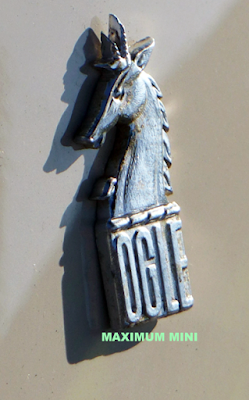 However, this one does look very similar to the golden badge
Picture Jeroen Booij 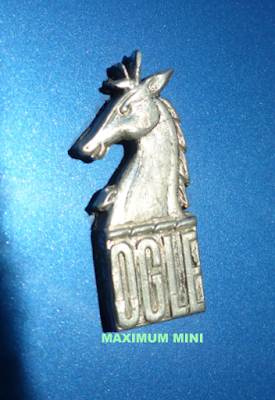 As does this one. But how many variants were there?
Picture Jeroen Booij

This is another variant, this time seen on the front grille of an SX1000
Picture Jeroen Booij 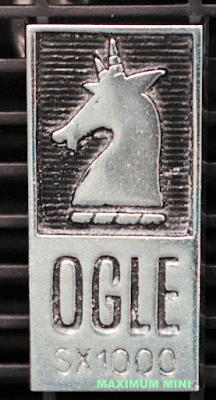 Some of them also have this badge on their front grille. I think they are early cars
Picture Jeroen Booij 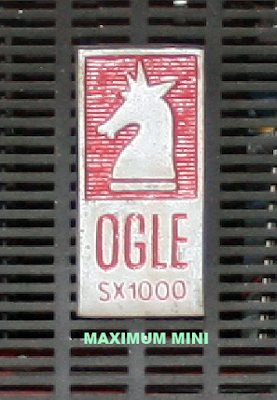 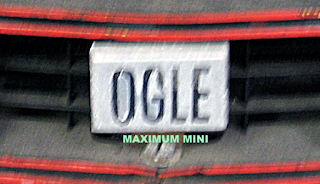 One car I saw had just the Ogle name on its grille. A cut out from the above?
Picture Jeroen Booij 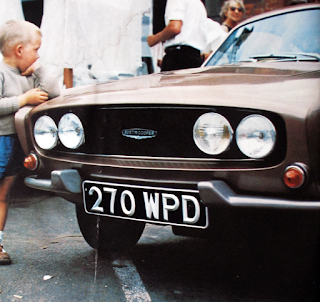 Some of the earliest of the SX1000s used the badge of their donor car. Like Tom Karen's personal Ogle, based on a 997 Austin Cooper
Picture Jeroen Booij archive 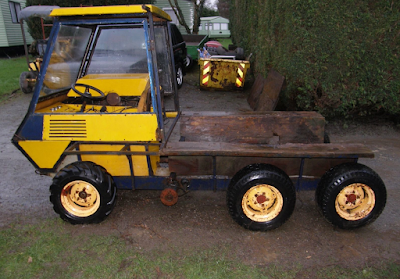 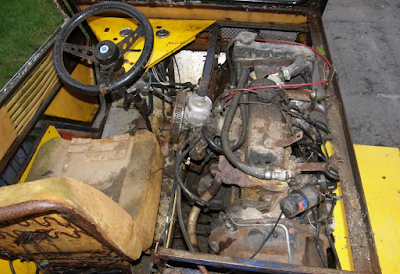 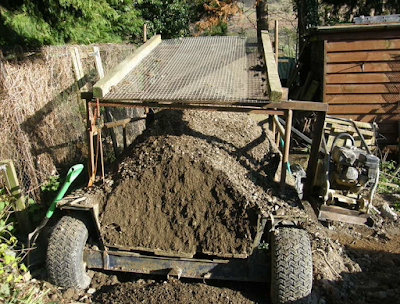 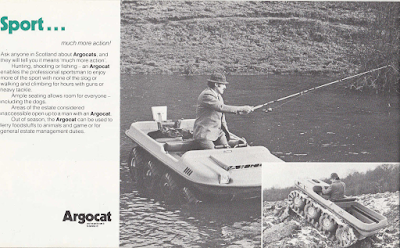 Crayford's Argocat sold strong in the 1970s, but did they ever build a Mini based version?
Picture Jeroen Booij archive
Geplaatst door Maximum Mini op 15:16 0 reacties

Well, more pictures then stories this time, but some very nice material never the less. It's not very often that you see moving images of a Stimson MiniBug being auto crossed in period. You see it here, thanks to the ever enthusiastic Barry and Caroline Stimson, who dug it out from some old boxes. The car driven seriously fast seen here is the rare racing version of the MiniBug; the CS+2, driven by autocross-champion John Bevan, who was sponsored by Cars & Car Conversions magazine at the time - they wrote about his exploits on a monthly basis. Some more info here. Enjoy the film for now!

Is this really the only Autocars Marcos survivor?

Autocars, the Israel based motor manufacturer built Standard Triumphs under a license, but planned to broaden their range with a model of their own in the late 1960s. In order to do this Autocars co-founder Yitzhak Shubinski teamed up with the late Jem Marsh to design and build a fiberglass bodied but Mini based car. Marsh flew to Israel in late 1969 were he found the works “A shambles with apparent little concern for work or production targets”, but never the less signed a contract. Back in Westbury, he started work on building three or four prototypes with estate bodies, while another two saloons followed in 1970. The estates were called W90 and were yellow, blue and red according to Marcos Heritage-man Rory McMath; the saloons were called W95. Unfortunately it all lead to nothing and both models never made it to the (Israelean) market.

But I wonder what happened to these prototypes. One of the estates was crash tested at MIRA, while another was used by Jem's wife Judith as a practical utility for years before being restored in 1992 by the Marcos Owner's Club. After the restoration it was sold to the Maruyama collection where it remains to this day. Another estate is said to have been languishing in an orchard not far from the old Marcos factory in Westbury, but there is no evidence. Fact is that one of the saloons ended up as a toy car in a Tel Aviv kindergarten! It was there photographed by Yohay Shinar in the 1990s, but disappeared soon after. And so the Maruyama-car is the only one I have ever seen. Is there anyone out here who knows more about the others? 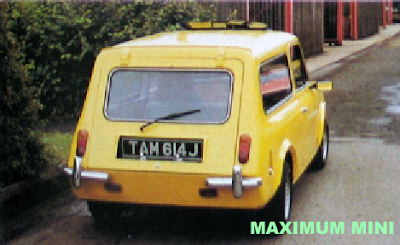 The W90 estate just after the restoration in 1992 - is it the only Autocars Marcos surviving?
Picture Jeroen Booij archive 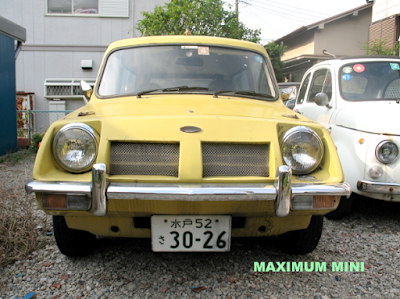 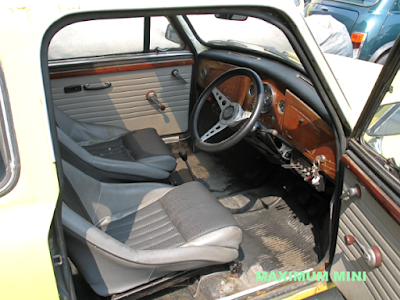 The interior is a match of things old and new, with an interesting dashboard
Picture Jeroen Booij 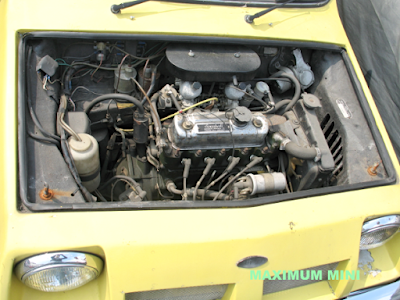 The engine is believed to be a 998 Cooper. According to Kazuo Maruyama it's fast, too
Picture Jeroen Booij 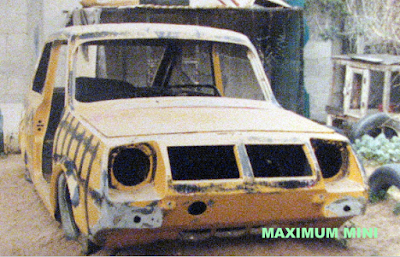 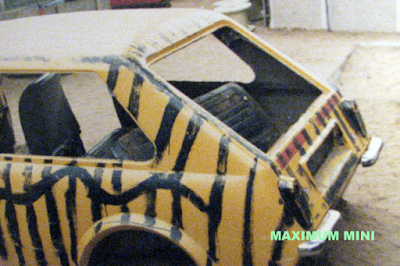 Sloping roof and different back end for the saloon. Bodies were of excellent quality
Picture Yohah Shinar