I'd never heard of Terry Bennett before, but when I came across the lot list of cars he will have auctioned this September I must admit he had an eclectic taste in acquiring cars. The lot list ranges from American one-offs to Japanese boy racers and there's some quircky British stuff, too. As a matter of fact there are two Mini derivatives worth a mention here. First is a Foers Nomad, including its British (1972) registration. A car you don't see very often, let alone in the US. It's said to be equiped with a 998cc engine and looks okay to me. Second Mini based vehicle is even rarer and served as a Mystery Mini derivative here one day (click here). The auctioneer lists it as a Mini Moke which of course it isn't. It's a Roamer, built by a man named George Davies of Birmingham but I do not know much more than just that. Bennett's example is registered as a 1976 Morris. Both will be sold off on 22 September in rural New Hampshire, and I really wonder what sort of price they will make there. I wouldn't be surprised if someone walked away with a bargain or paid lots of money for them. 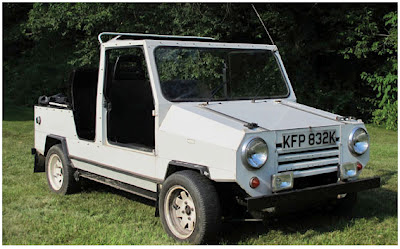 From Yorkshire to Hampshire. I bet this is the only A Foers Nomad in America
Picture courtesy Auctions of America 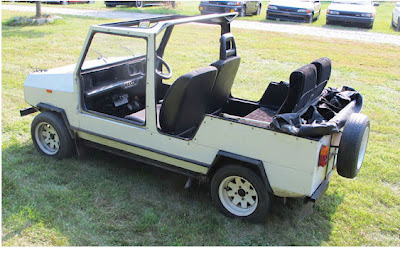 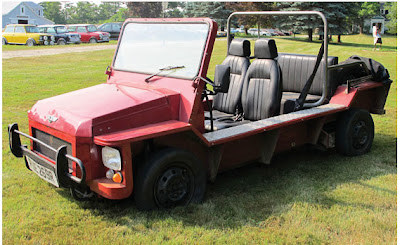 The Roamer remains a bit of a mystery (see also here). More information is welcome
Picture courtesy Auctions of America 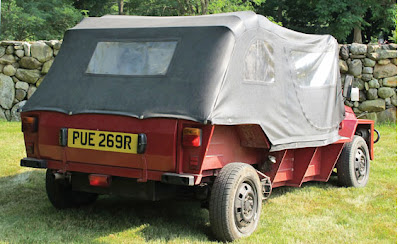 This one appears complete, even with a roof. Registration is from 1976
Picture courtesy Auctions of America
Geplaatst door Maximum Mini op 09:42