The many faces of the Fisher

I came across my file on the fascinating Fisher Spyder recently and was surprised with the many great photographs of this car, perfectly showing the different guises it went through throughout the years. I made only a brief selection for this article as there was so much to choose from.

The Fisher was initiated by Scotsman Jack Fisher of Edinburgh and has always been Mini powered. Work on his Special started as early as 1959 when Fisher acquired an 850 Mini engines from BMC and started to build a chassis. But only when he acquired a damaged Lotus Elite body shell in 1964 he managed to finish it, by that time he'd come up with a brand new space frame chassis with new detachable subframe so that the Mini powertrain could be mounted into the Elite boot. It was road registered 'ASG 182B' and used on the streets but soon only used for sprints and hill climbs.

Some time later a new space frame was made for the car, now using Lotus 23 suspension, disc brakes plus the centre body section including the doors of the ex-Ecurie Ecosse Le Mans Tojeiro! Engine size was increased to 1,150cc and an Arden 8-port head with twin Webers was now fitted, making it seriously fast. But it could do better, Fisher thought, and he remodeled it once again, now with shortened Gropa Spyder body and Lotus suspension. In this guise it set a class lap record at Ingliston where it was a frequent winner in the hands of both Fisher as Edward Labinjoh, who worked as a mechanic for Fisher’s garage. It was restored in 2007 by the current owner Peter Speakman at who's place I photographed it in 2011 for Maximum Mini 2 in the beautiful Lake District.
UPDATE 12 October 2020. Stop press! The original Fisher GT or Lotus Fisher GT survives and has been found in Southampton. Click here. 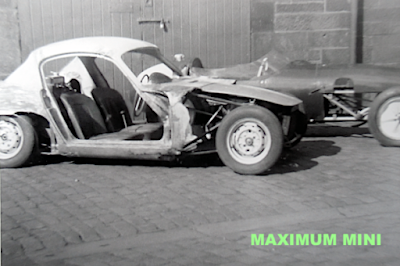 That's the Fisher being built in 1964. Recognize the Lotus Elite body in it?
Picture Jeroen Booij archive 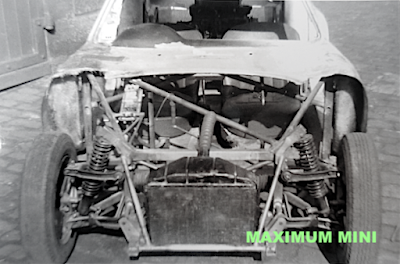 The car's space frame was made to measure for the Lotus body. Suspension seems Triumph?
Picture Jeroen Booij archive 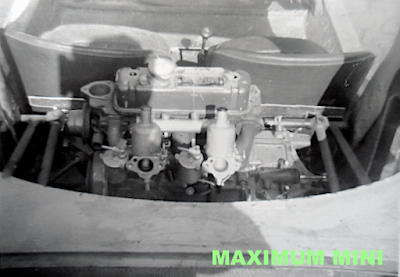 A subframe was made to easily fit the Mini engine in the Elite boot. An 850 here
Picture Jeroen Booij archive 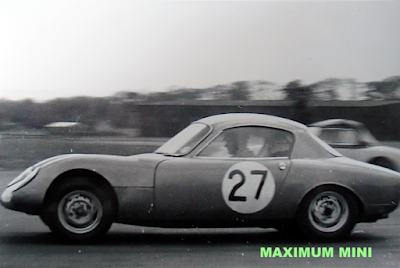 And ready to race! It used a Lotus type 23 nose section and was registered 'ASG 182B'
Picture Jeroen Booij archive 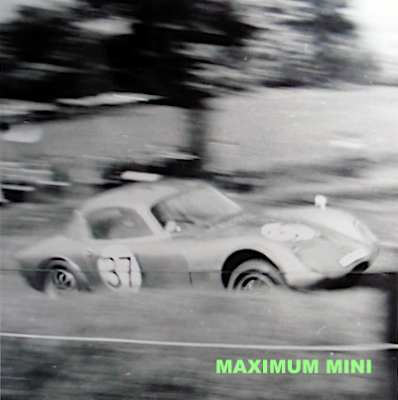 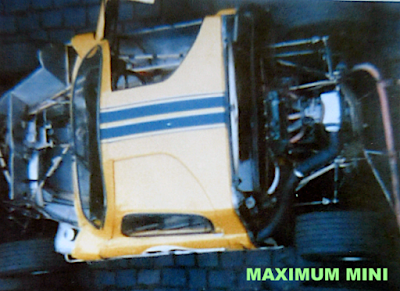 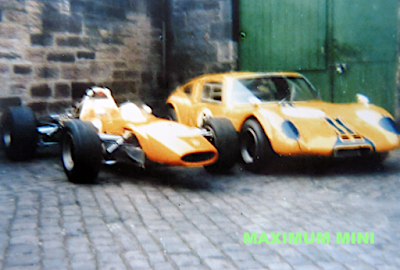 It makes you wonder where the body from the Ecurie Ecosse Le Mans Tojeiro now comes from?
Picture Jeroen Booij archive 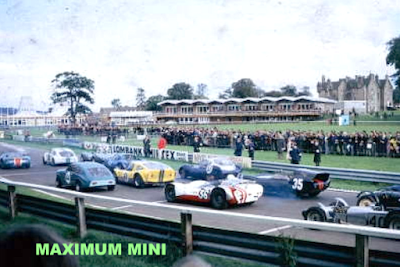 Seen here at the start of a race at Ingliston in September 1967. Note Mini Marcoses on grid, too
Picture Jeroen Booij archive 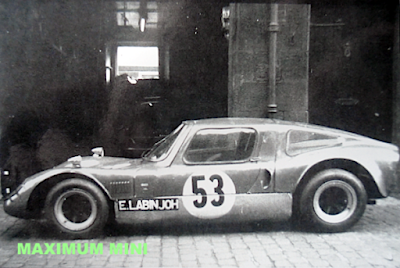 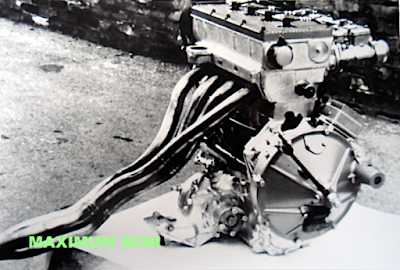 By the late 1960s it used an 1150cc engine with Arden 8-port head and double Webers
Not sure if this is that engine, though. UPDATE: It isn't this was a Gordon Allen 1500 BDA unit placed on a modified Mini gearbox that proved to be too much for the car's transmission.
Picture Jeroen Booij archive 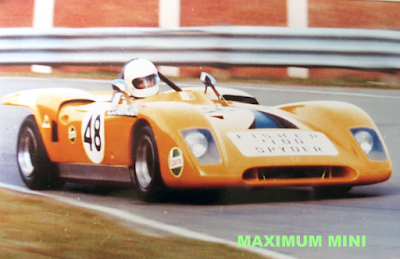 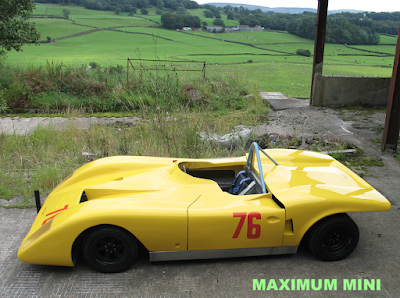 And that's still how it looks like today. This picture was taken in 2011 in the Lake District
Picture Jeroen Booij


UPDATE 14:30: Alastair Brown writes: "The Ecosse Tojeiro from which the body came was destroyed in an accident at Brands with, I think, Bill Stein at the wheel in the mid '60s (in open cockpit, Ford engined form). When it was later rebuilt the original roof section was tracked down and is now back on the car from whence it came. I think it's the one Tom Mcquirterr has in the Moray Motor Museum, but the identity of the 2 Tojeiro coupes is a bit like bowl of spaghetti to unravel!"
Geplaatst door Maximum Mini op 13:13