Jeff Lehmann came in with some great news about a car he recently bought. It's one of very few surviving 'Mini Surfers', which were Mini Mokes modified by coachbuilder George Barris in corporation with The Beach Boys. I wrote about the cars before (here) and even saw a little glimpse of Jeff's car over a year ago (here).

Jeff wrote: "I am sure you saw the car before as it was advertised about a year ago by the owner's son. His dad passed away and he had to sell his small collection of cars. The Moke was his favorite and was the last to go. I went and looked at the car and it was in very good shape overall. No rust through anywhere. Last registered in 1985. Most of the original red stripes turned black in the Florida sun but are still red in a few spots. I have the original surfboard and fur covered seats."

"This car was given away in August 1966 in Cleveland Ohio for the WHK radio promotion and I have the original ship ticket from Capitol Records to WHK. It was shipped to them air fright on United Airlines from Hollywood California. I also have a black plate Mk1 Cooper S that is an all original survivor and plan to keep this one original as well. There is only another one known to exist but this one is the only one with original paint."

It's a fantastic addition to the Cooper 'S' Jeff! Please keep me posted on the car. 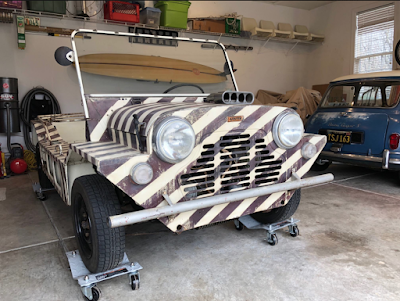 A real Mini Surfer! Apart from the personal cars for The Beach Boys, 20 more were supposedly made to be given away by radio stations throughout the US in special Beach Boys competitions
Picture Jeff Lehmann 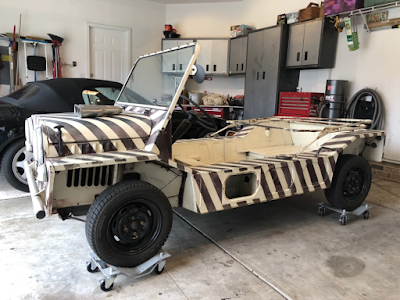 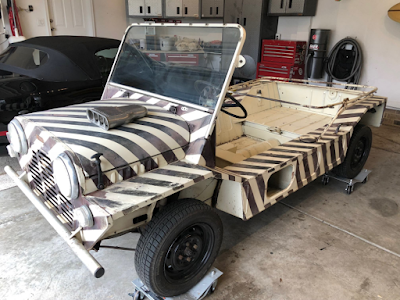 Fake air intake was another add-on for these cars. Canopy and interior was striped, too
Picture Jeff Lehmann 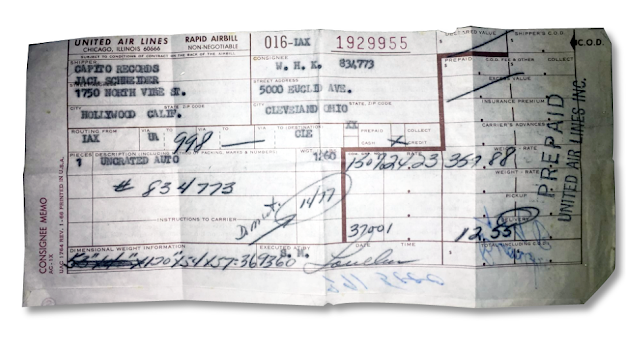