What happened to this ex-works Unipower?

Pete Flanagan's restored Unipower racer will be one of several star attractions on the Maximum Mini display this May, but here is some more on an ex-works Unipower racer. It's the car used by Piers Weld-Forester in a string of events throughout the 1969 season. That car was later sold to Stanley Robinson who continued to campaign it, now together with John Blanckley. They took it to the Targa Florio, to Spa and to the Nurburgring, where they came second in class and 32nd overall during the 1000 kilometers race of May 1970. Later John Blanckley bought a crashed Brabham F2 car and put its 1600 Ford FVA engine, the gearbox and rear suspension into the Unipower and continued to race it for another season.

What happened to the works Mini engine? Ex-Deep Sanderson owner Richard Graham wrote to me with the answer: "On another subject, that of the Robinson/ Blanckley Unipower, I can add a little bit to your history: when John Blanckley modified the car to take an FVA engine, I bought the works 'S' engine from him in 1972, and put it in a racing Mini Cooper 'S'. It had a Weber IDA, titanium alloy pistons and a special very high final drive (hardly a surprise). Its last race (which was..?) must have resulted in a damaged gearbox, as I had to put in a new set of s/c gears,- as well as a lower final drive and LSD for normal UK racing circuits."

Thanks very much Richard! I wonder what happened to the rest of the car? Meanwhile I have found some pictures of it in the files, still with the Mini engine in it or so it seems with that 'Unipower BLMC' name at the front. They were taken at the Nurburgring and at Mugello in May and July 1970. Enjoy them. 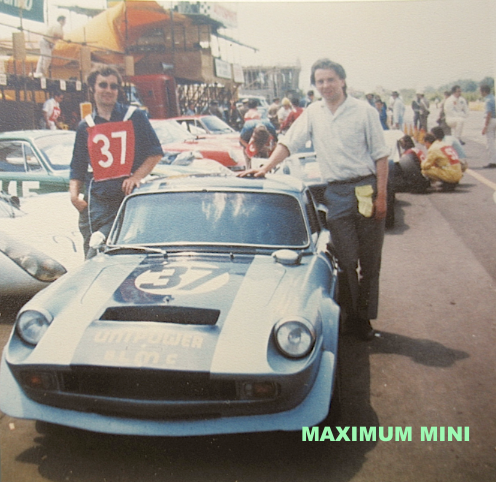 Here at Mugello in july 1970, where it did not finish. Who are those two men?
Picture Jeroen Booij archive 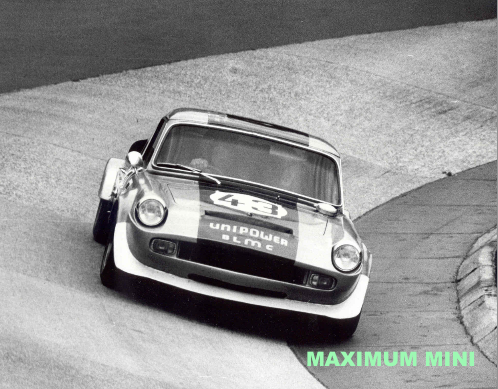 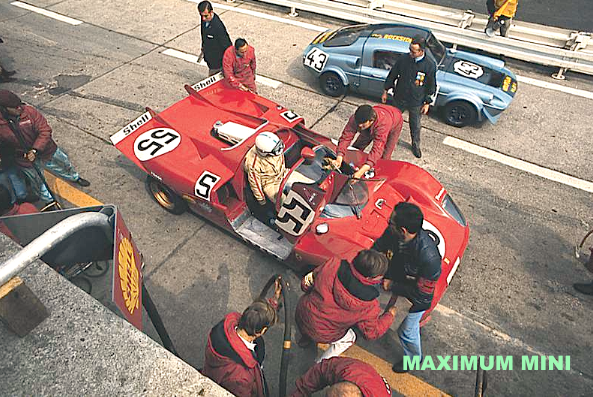