Half a decade of Scamping

You won't have missed that the Mini is celebrating its 60th anniversary this summer. But how about the Scamp? That's been around for 50 years also. Scamp-boss Andrew McLean was at the celebration and wrote: "Very proud, pleased and privileged to have been part of the 50th anniversary of Scamps at the Owners Club annual Picnic gathering on this fine bank holiday weekend. Amazed to see so many Scamps of all shapes and sizes, 29 Scamps in attendance. Thanks to the club organizers and to everyone who put in huge efforts to make it such a smashing weekend." Great stuff indeed!
Now, on another note: somebody sent me two photographs of the 1969 prototype in action with Robert Mandry behind the wheel a while ago, but I seem not to be able to find them back at the moment and can't remember who sent them over. Do you remember? 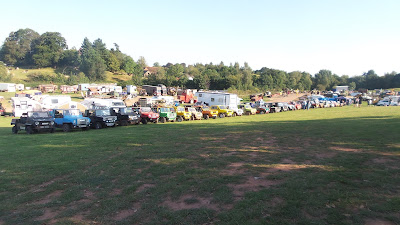 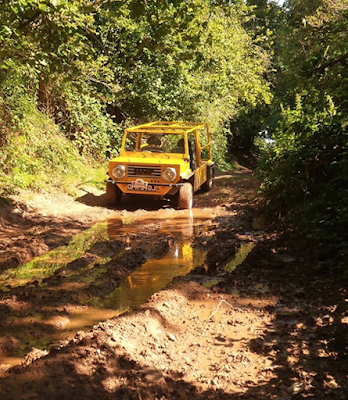 Scamp owners have always been up for a little mud. It was no different this time
Picture Andrew McLean 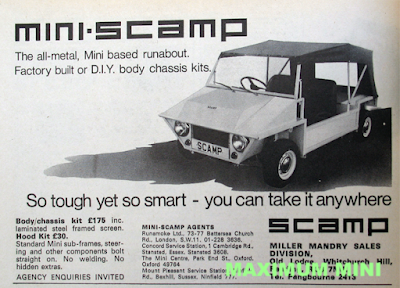 This is the eldest Scamp advertisement I could find. 50 Years old now!
Picture Jeroen Booij archive 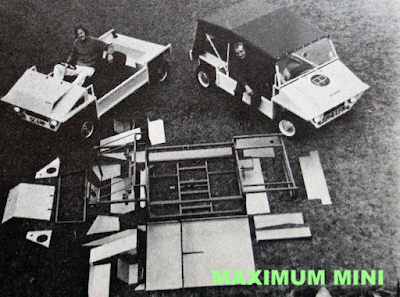 And this is how you got your kit back in the day. 50 Years later the Scamp is still attractive
Picture Jeroen Booij archive