Over to part 2 of the history file sent to me by Nils Holm and known as the 'Järnsängen' story. Click here for part 1. Now over to Nils again:

From 1968 to 2013 the story is a pretty 'dark hole' for us, meaning we don’t know what actually happened to the car together with the new owner (it was spotted by a reader back in 2008 - see here-JB). It was registered between 1968 and 1971 at 'Stockholms Sportvagnsklubb' (The Stockholm Sports Cars Association) and was raced at least once at a club event. The new owner tried to sell it in 1970, according to information given at the 'Maximum Mini' blog, but did not succeed in selling it.

In 2013 Pelle came in contact with the owner and they came to an agreement letting Pelle take over the car to start a major renovation, now with his son Micke (Mikael Holm). First thing to do was to disassemble it into pieces, renovate part by part and then rebuild it slowly. The work has been going on for a number of years now, and the final result is amazing.

But that's for the next time. 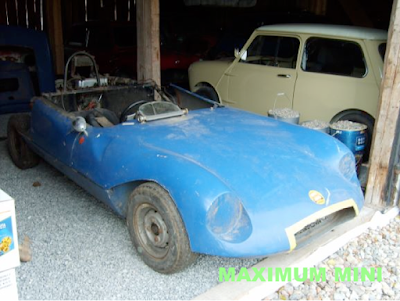 The car in 'as found' condition in 2013. More pictures of its discovery earlier in 2008 here
Picture Nils Holm 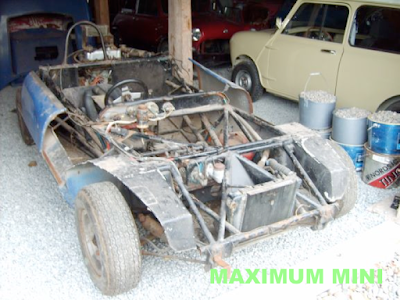 And here without most of its bodywork. Space frame is well visible here
Picture Nils Holm 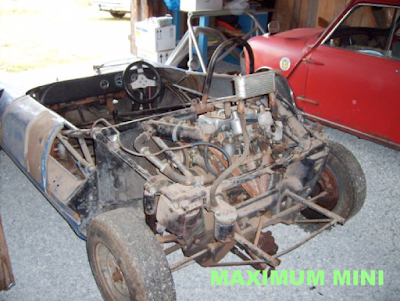 As is the A-series engine at the back. It's still the MG 1100 unit as in the 1970 advertisement
Picture Nils Holm 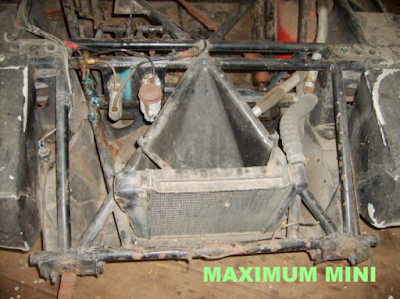 Radiator is fitted at the front in a steeply raked position. Note air duct behind
Picture Nils Holm 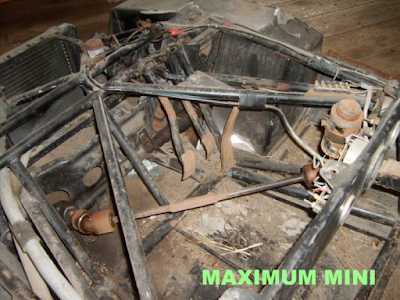 The front from the other side. Note the angle of the steering set-up here
Picture Nils Holm 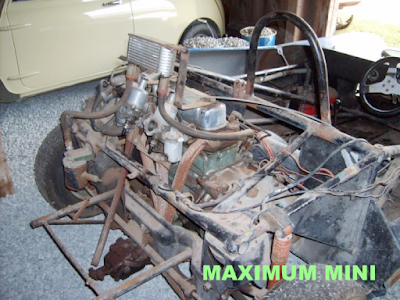 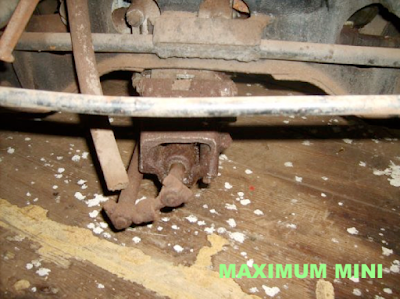 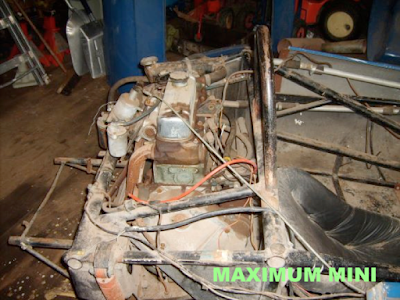