When Beach Car owner John Reymondos contacted me about a brand new Mini Beach Car replica made in Germany by Mini Mengers I had to admit I had to look twice. Was that really a replica? Well, it was and Dierk Mengers was happy to provide me with a press pack, showing the conversion carried out by him. From the press info: "To celebrate the 60th birthday of the Beach Mini, Mengers is giving Mini enthusiasts the unique opportunity to own their very own doorless fun machine. 60 years after the original Beach Minis left their place of birth, a new brother left our manufacture in Germany. We simply call it the Mengers Beach Mini."
According to Mengers the car looks just like the original, but is different in many ways. But you will have to look pretty good to see that. Apart from the fact that a later shell appears to have been used for the conversion, I noticed smoother panelwork on the door cut-outs and some differences in the interior. Especially in the seats, which have been made by Lloyd Loom never the less - the company that was also responsible for the originals back in the early 1960s. They now look to be double-sided and finished with leather edges.
Mengers also ads: "Since there were no original blueprints available it remained unclear how and if the structure of a Beach Mini was strengthened to make up for the structural losses from removing the B-Pillar. 30 years of experience in converting classic Mini Saloons into convertibles helped us to find the perfect balance between lightweight and tough. The chassis of a Mengers Beach Mini stays stiff while not adding much weight compared to a regular Mini." Furthermore it is fitted with a 50hp strong 1000 cc engine rather than the 850 of the original and a fully synchronized and shorter ratio gearbox. Finally Mengers ads: "We can also imagine a fully electric Mengers Beach Mini." 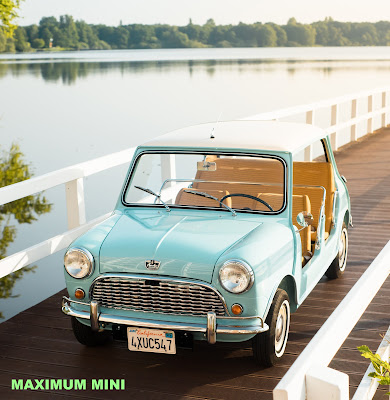 Yes, this really is a Beach Car made recently and not one of the originals!
Picture Mini Mengers 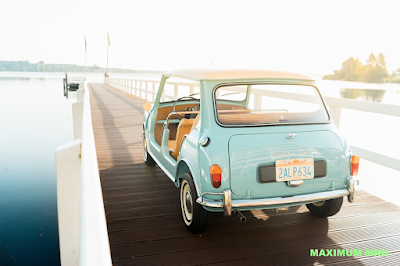 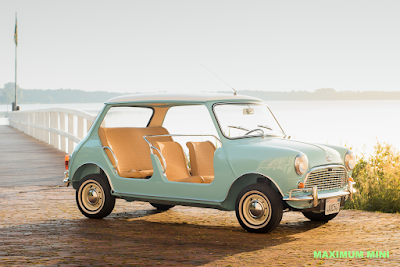 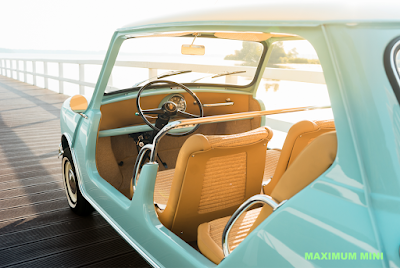 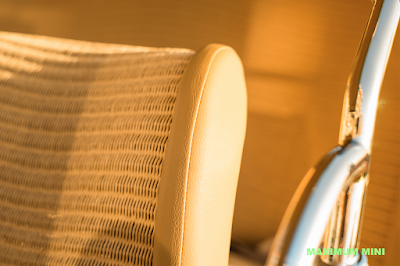 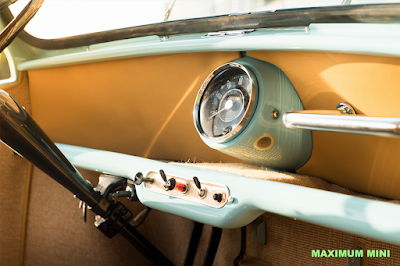 The Mini's dashboard in its simplest and purest form, just like the original Beach Cars
Picture Mini Mengers 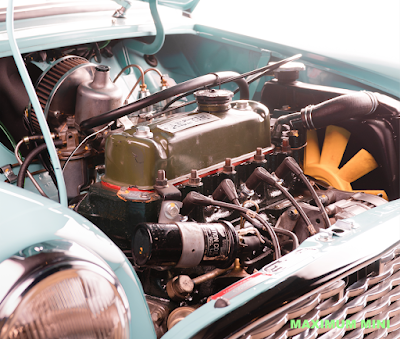 Engine is a 1000 cc now, good for 50 hp. But Mengers would also do an electric conversion
Picture Mini Mengers 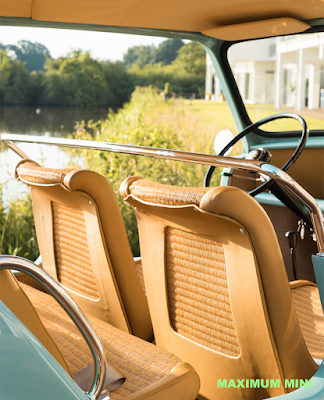 With just 15 Beach cars built (plus a prototype) this may be the next best thing!
Picture Mini Mengers 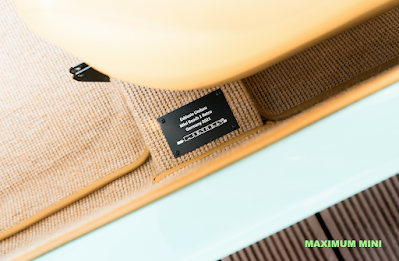 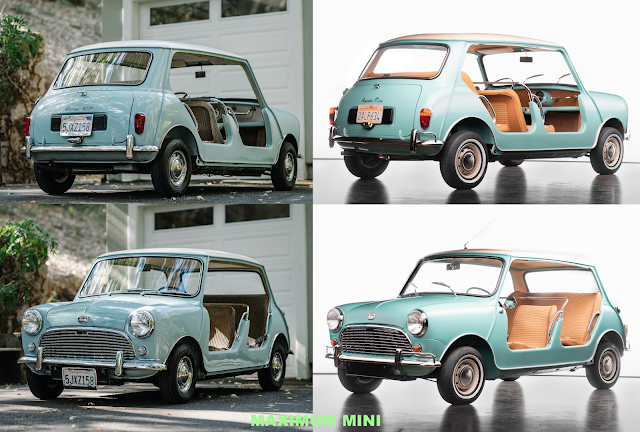