August 2022 appears to have seen more classic car shows and meetings than the two years preceding it. A collection of sunny pictures made it to here a couple of weeks ago (click) - here are yet more of them that I came across or that were sent over in the last month or so. Keep them coming. 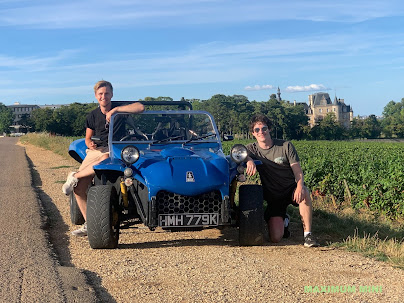 Matt Butler's son took his Siva Buggy for a trip. Matt: "Dad, can I borrow the Bug to go camping with a friend? Hmmm. OK - but be careful and don't go too far. One week later they're at the seaside!"
Picture via Matt Butler 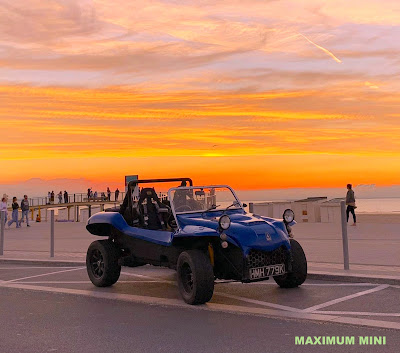 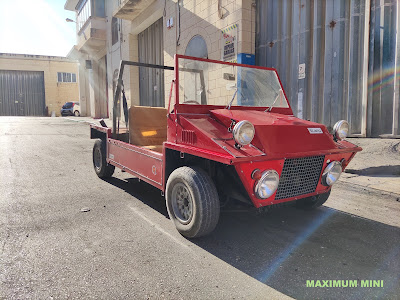 A very nice Mk1 Scamp seen on Malta. I believe it is for sale, too
Picture via Andy Turner 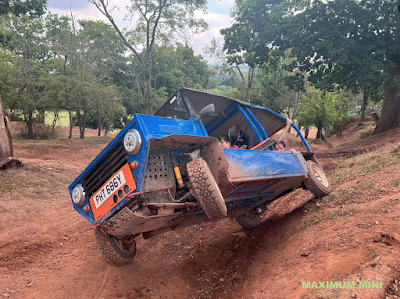 Many more Scamps made it to a meeting in Stourport last weekend.
This Mk2 was pushed to the limits during the event
Picture Becca Sydney 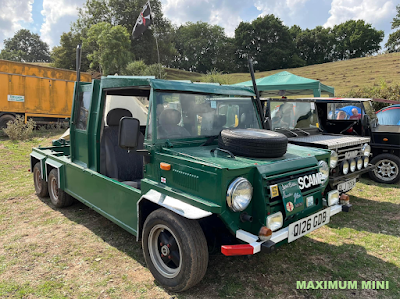 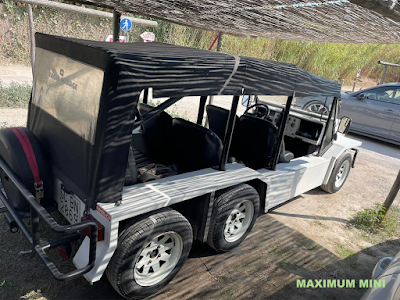 Speaking of which... This Andersen Cub six-wheeler on Spanish plates was spotted last week in France
Picture via Thomas Laurent
And yet another Anderson Cub six! This time on Portugese plates and spotted at the
All British Field Meet in Ontario, Canada
Picture Burton Reif 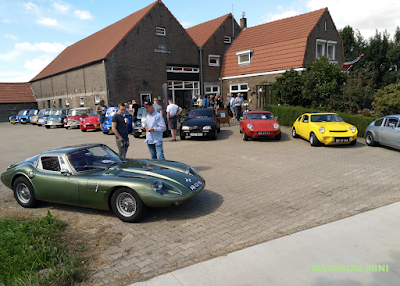 Last weekend in The Netherlands - the Euregio Meeting saw Mini Marcoses, Midases and Pimlicos.
Unfortunately I couldn't make it to the event. One Midas owner drove all the way from Tallinn, Estonia!
Picture Rolf Roozeboom 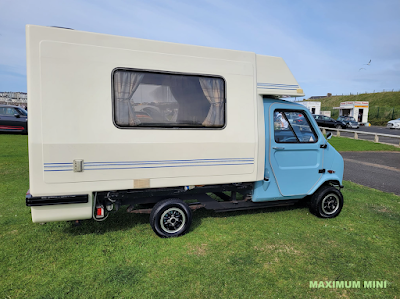 The Causeway Coast Mini Show in Northern Ireland saw a variety of Mini derivatives. This is an Indespension Jiffy that was turned into a camper van. Nice!
Picture Neil Kilbane 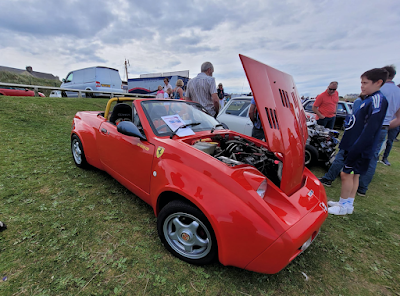 These cars are facing the Atlantic Ocean. Here a Midas Gold convertible disguising as a Ferrari
Picture Neil Kilbane 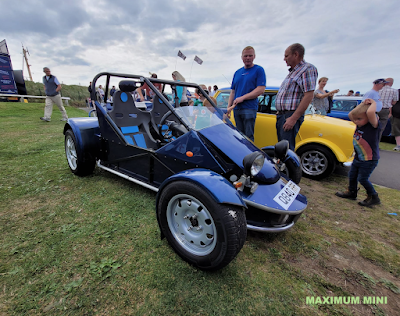 A rarity on its own, this particularly good looking Onyx Tomcat also at the Causeway Mini Meet
Picture Neil Kilbane 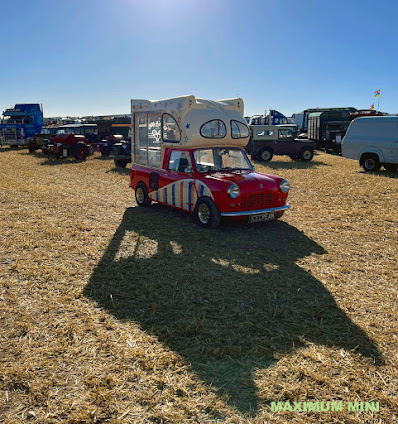 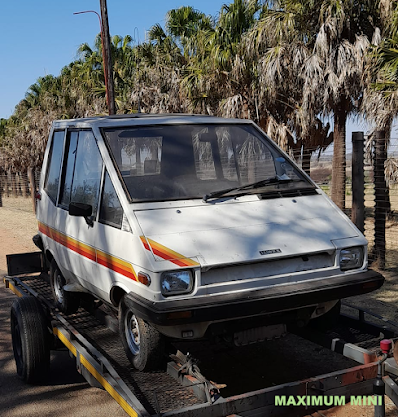 If there's one person who continues to surprise me with his finds in South-Africa it's Leon Daniels.
This is his latest discovery: an Elswick Envoy in highly original condition
Picture Stuart Neil Greig 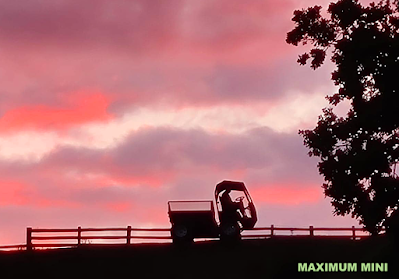 How about this for a parting shot? An RTV at the Scamp meeting in Stourport on a beautiful night
Picture Tyler Hughes
Geplaatst door Maximum Mini op 10:14