It's summer and it's showtime once again! I have been sent lots of pictures of cars making it to shows in the last month or so and share some of the best of these here, together with some more bits and pieces that may interest you folk. I hope you'll enjoy them - and keep those pictures coming. 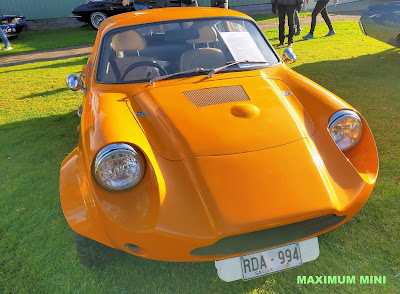 Over in Australia this Jem was spotted last month by a friend of Ogle owner Neil Griffin. Neil wrote: "Jeroen, a friend who now lives in South Australia saw this at an impromptu car show over there."
I think it's a Taylorspeed built car?
Picture via Neil Griffin 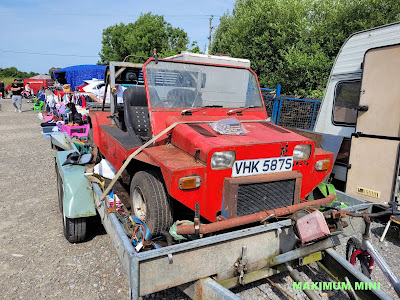 Neil Kilbane of Ireland spotted this 1977 Jimini Mk1 "Came upon it at a car boot sale about 25km from me. The guy said he had it for 20 years but never had it on the road. He was looking for €3500 for it!"
Picture Neil Kilbane 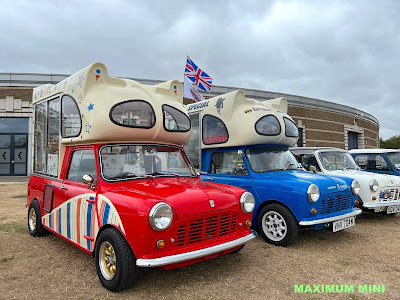 Not one but two Mini Ice cream vans with 'Batman' bodies by Whitby Morrison. One of them is owned by Andy McPail, who took this picture on a show at the British Motor Heritage Centre in Gaydon
Picture Andy McPhail 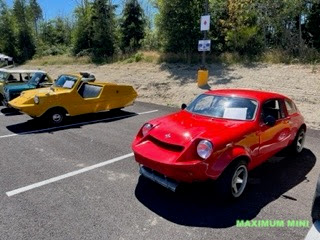 US reader Burton Reif attended the Mini Meet West in Kingston, Washington with his Ranger Cub, which he drove from Portland Oregon (previously seen here). He was surprised to see a Mini Marcos Mk4 driven all the way from Sacramento, California!
Picture Burton Reif 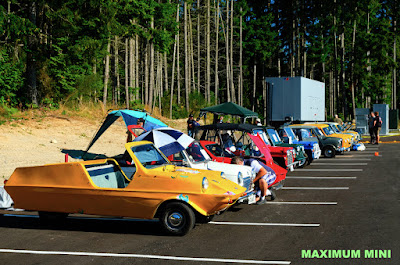 And a picture from the other side, giving a better view on Burton's Ranger. This photo was taken by the Marcos' owner Michael Kimball who is a keen Mini Marcos promotor in the US
Picture Michael Kimball 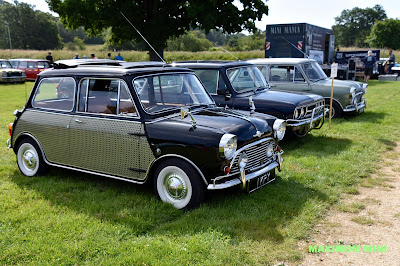 Three coachbuilts in a row! Gorgeous Radford Mini De Villes left and right with a Wood & Pickett Mini Margrave in between them, all three absolutely stunning cars owned by one and the same enthusiast
Picture George Knight 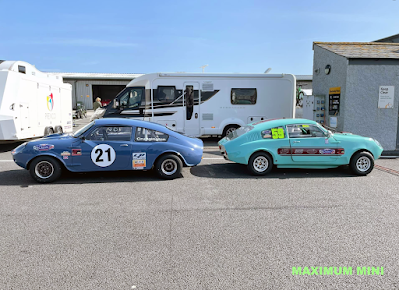 Mini Jem racer Pete Crudgington took this picture at Castle Combe of his own racer (left) back to back to the Mini Marcos Mk3 of Sam Polley. Both race in the CSCC Swinging 60’s Series
Picture Pete Crudgington 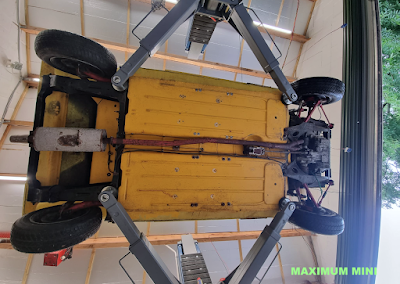 Ever saw a Status 365 from the underside? I hadn't! Stimson-fan Paul Wylde took this picture while his mate's Status was placed on the lift for some work to be carried out
Picture Paul Wylde 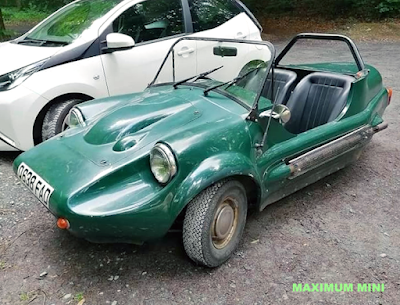 Another Mosquito came out of its hiding in July. Damien Lescroart wrote: "I knew about the existence of this Mosquito for years but never found any info or pictures of it. It appeared today"
Picture via Damien Lescroart 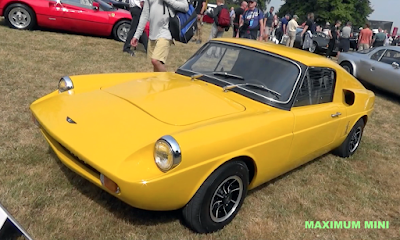 Mark Glasher's pretty Unipower GT made it to the prestigious concours d'elegance of the Goodwood Festival of Speed in June. It came out in a class for mid-engined 1960s cars
Picture DrGrumoLunatic / Youtube 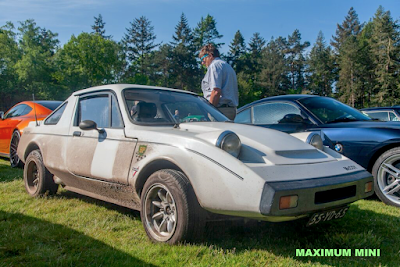 A well-used Birchall McCoy was seen at a show not far from my place in The Netherlands recently. It's the only McCoy that I have ever heard of in my country, and I really should have been there!
Picture Erik van den Eijnden 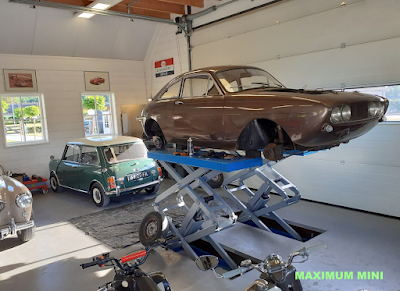 Also in The Netherlands, this Ogle SX1000 is in for a brake overhaul. Oh, hang on, it's my own car!
The full Cooper 'S' braking system was incomplete and clogged but works fine again by now
Picture Sipke Blom 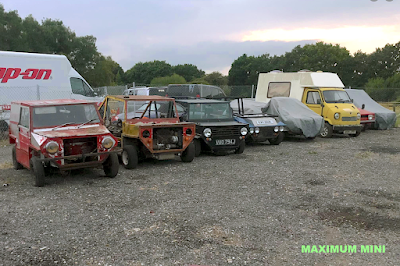 Maximum Mini fan Barry Tilbury has been collecting Mini variants for years now. But it was only recently that he managed to find a place to put them all together. Scamps and more here...
Picture Barry Tilbury 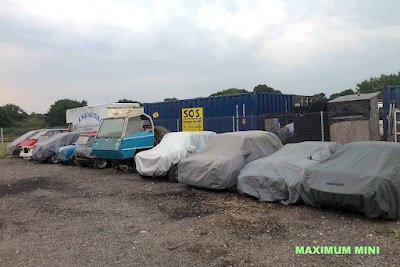 ...And more! Hat tip to anyone who can identify all of them under those covers, they're all Mini derivatives... Barry wrote: "When are you in the UK next I would love you to visit" Great!
Picture Barry Tilbury 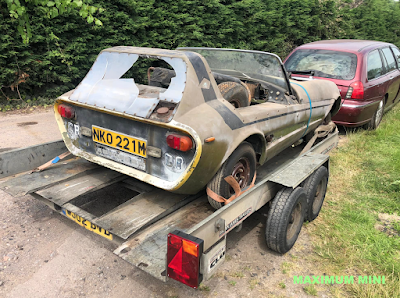 Barry's latest purchase is a very interesting Mk1 Biota, which now joins the others. The car was seen here before when it was found on a peacock farm in Wales back in 2014 (click here)
Picture Barry Tilbury
Geplaatst door Maximum Mini op 15:24