Well, well. The last weeks have been - erm - different. After having bought a new house, moving into it appeared slightly more complicated then expected. While the weeks passed I have seriously altered my skills as a bricklayer/plasterer/carpenter/painter, but writing about Mini derivatives was on the bottom of the priority list all that time. That will change from now on, as the end of restoring (rather then moving) house comes near. But where to start? I have received several messages (sorry if I have not been able to answer you properly, I certainly will, it's only just that computer and network are functioning properly) and some were very interesting. One dear reader bought an Ogle SX1000, another a Mini Marcos and one even a Status 365! Then there have been some updates on pictures that I posted and stories that I wrote (more on that later this week), and as always - and do keep them coming - people have advised me about cars that have made it to the market. One I'd like to start with is a pretty special and very rare one: an ASD Minim. I wrote about that car earlier (see here) but have never seen one of the presumed six cars made, in the flesh. An unfinished one turned up in Milton Keynes last month (it looks to be the same as the one in the earlier article), and it still hasn't lost much of its intriguity. Where did it go to now? 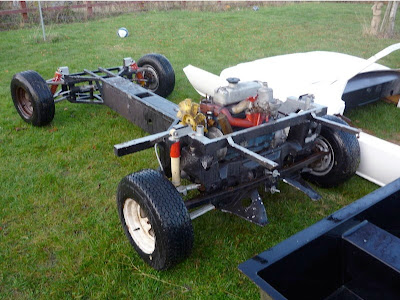 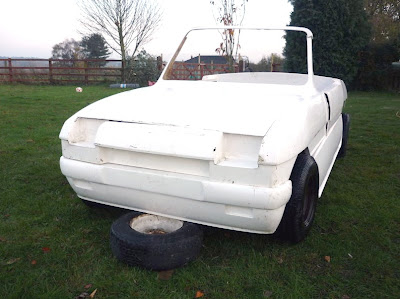 The body is somewhat strangely proportioned. Did you ever see a finished car?