The lost Coldwell GT of Macau

Ah - the Coldwell GT. Another legendary Mini derivative of which just four were made by Bill Needham in the late 1960s. As a matter of fact the very first car he built has intrigued me for a while now. It was Needham's own racer, which he sold in 1970 to a chap in Singapore planning to race it there. Probably to a man named Tony Lam as this name is painted on the car in old pictures that I found. In one local report the driver is named 林昔時, but I guess that could be the same name. There's not too much known about where he entered the Coldwell racer, but fact is that it made it to the Macau Grand Prix at the Guia circuit in November 1970. With start number 55 it qualified 21st there and had to start from the back of the grid. In the 45 laps race it did finish as a respectable sixth overall, though, with a works entered F2 BMW gaining first position and lots of more powerfull stuff to compete against. Not bad at all.

All in all an intriguing story, I think. When I asked Bill Needham some years ago about the car and its destiny he told me he believed it was crashed later as the new owner sent him a letter asking ‘Can you repair this part?’ while on a picture of the car - that his wife managed to dig up - accompanying the letter he had penned a circle around the complete front end! Needham never heard anything anymore and assumes the car is still there. Now that would be a cold case I'd like to investigate. Anyone out here with friends in Singapore's and / or Macau's historic racing scene..?
UPDATE 25 April 2021: I now understand the car overheated on day one, with the 8-port head and gasket damaged. A borrowed 1071 'S' engine with 649 cam, big valve head and 45 Weber was fitted next. 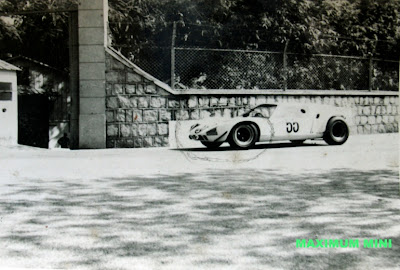 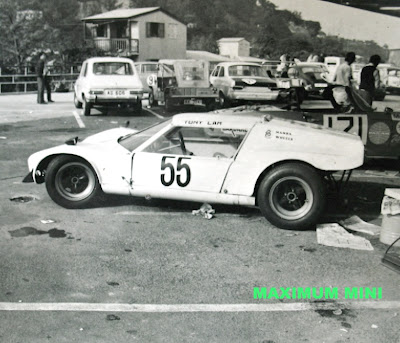 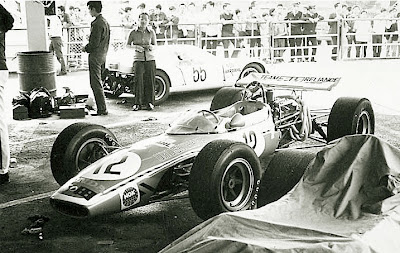 And again, behind the single seater. The car is tiny and so is the man leaning against it
Picture courtesy Natalino Couto 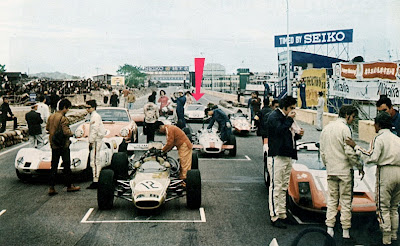 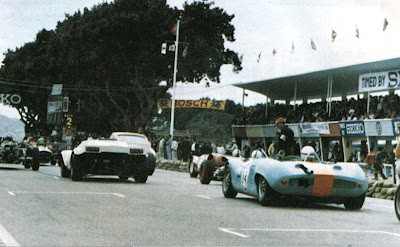 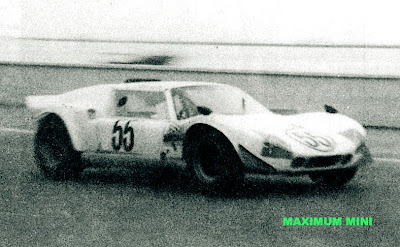 The Coldwell GT in hands of Tony Lam during the GP. Things were fine back then
Picture Jeroen Booij archive 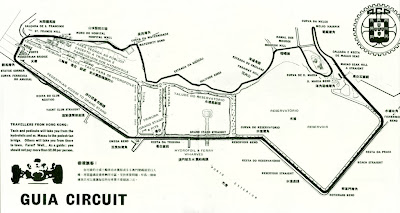 A map of what the Macau Guia Circuit was like back in 1970. A lap was (and is) 3.8 miles
Picture Jeroen Booij archive