As a reader of this blog you will be aware that there have been umpteen efforts to turn the good old Mini into a nice little coupe. You may also be aware that BMC, at one stage, planned to come up with a version of their own, too. It led to a prototype dubbed ADO 35, which came about in a collaboration with Pininfarina. I tracked down the remaining car and wrote about it earlier, here.
Anyway: One person with a more than average interest into this car is designer David Beasley. He wrote: "Hi Jeroen. Firstly, I'm a huge fan of your work and your Mini site. I regularly check to see new stories and to feed my cravings! Second of all, I'm a car designer, working for Nissan in the UK, but I've previously worked for MINI (BMW in Munich) and Pininfarina in Turin, where my daily drive was a Japanese spec 1.3 Spi in Almond Green... just the thing to dash around Turin in!"

"I saw recently your article about the ADO 35 coupe from Pinin and how you tracked the owner down. Since he's not letting any photos out, I thought I'd create some artwork to fill in the gap, so please enjoy the attached image."
"BMC and Pininfarina have had a long history together, having first explored themes in the very early 50's. Stylists at Pinin would have been working with other brands and so you can see a Pinin style in most cars and proposals all the way through. In this case, the design was probable executed by the same individuals resposible for the 404 / 504 Peugeots (and this being Italy and a consultancy...), some Alfa's, Lancia's, Corvairs and even Agnelli's 410 special. Little elements of the designs are give aways (such as the way each individual has a preference for particular design detailing like vents, wheel arch lips, etc) and so general themes were reused time and time again."

"I imagine in this case a body style was scaled to fit. It is quite normal that a major company would want to cross their t's and dot their i's, so BMC would have put out to tender a design like this to compete with their own stylists. It might have been that in this case it confirmed an internal theme being developed for the Midget and upcoming MGB and therefore would not have been continued. The Austin 1100 was a Pininfarina design and those who know will recognise that the MGB GT was thus completeing the circle."
"Kindest regards and feel free to post this little image on your site to share with the community!" 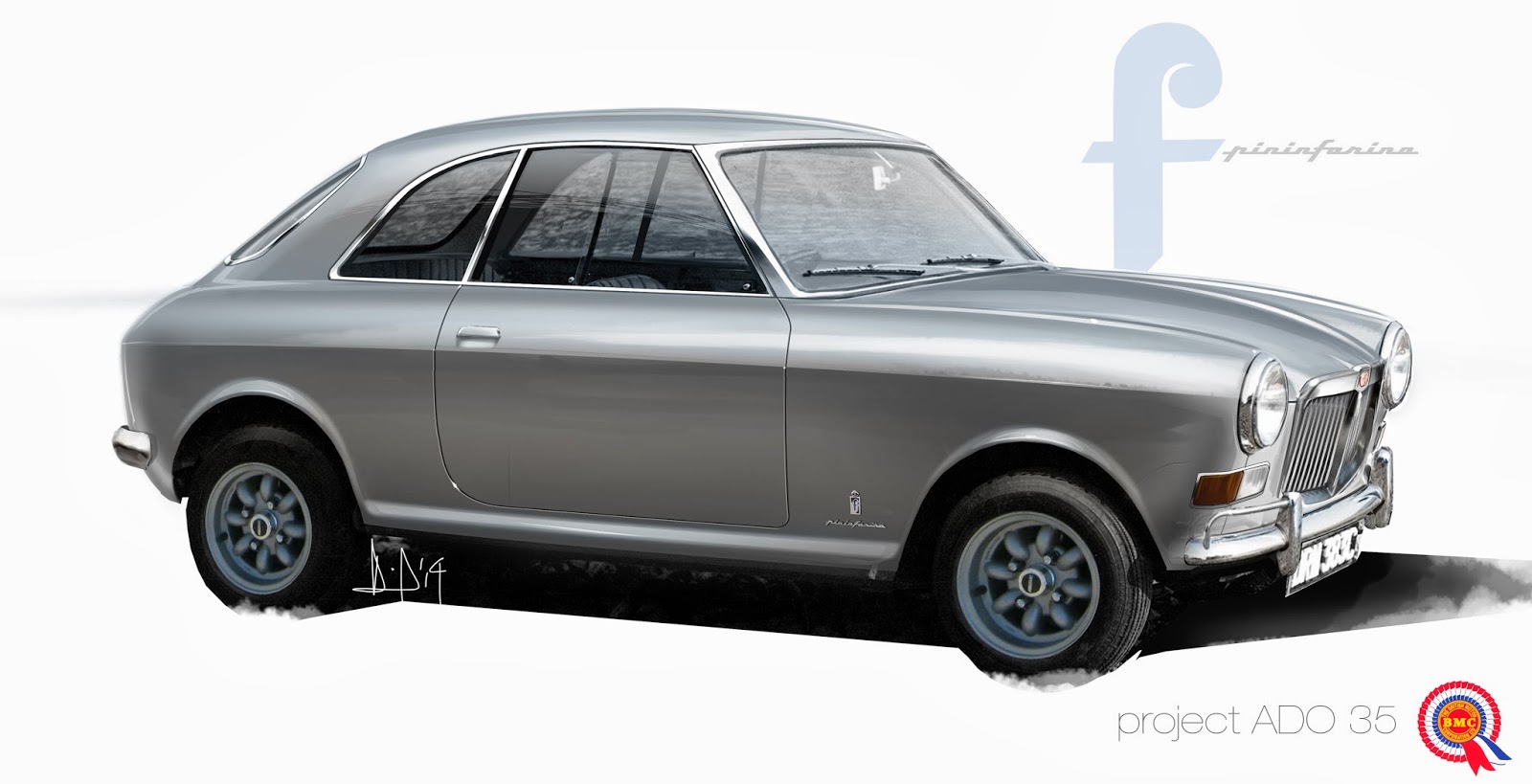 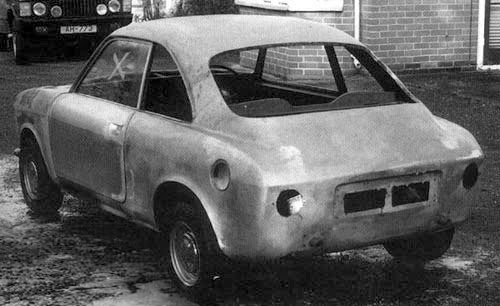 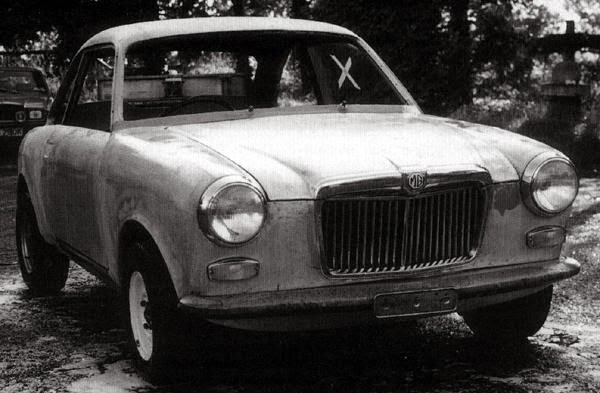 BMC's Mini coupe wore a MG grille, but could have become an Austin or Morris, too
Picture source unknown