Fortunately I am not the only person making books. My French colleague Enguerrand Lecesne is doing the same, focussing on racing Minis in France mainly. His latest book 'Mini - histories inédites' (Mini-untold stories) has just been published and I received my copy this week. It does mention some Mini derivatives and so it clearly deserves a place here. The book is divided into 4 sections (Drivers, Tuners, 'All Genres', and Pictures) and it's the third part that appeals most to me. Here you will find stuff about racing Minis and derivatives in all sorts of races - again mainly French.

Lecesne has been trying hard to find out more about the long-lost and reputedly stolen Le Mans Mini Marcos (more here). And despite having no clue where it ended up, some new information plus a few pictures, has made it to the book. Apparently the car was rallied later in its life and also used to go on a camping holiday by its last owner! Another Mini Marcos mentioned is a car that was entered in the 1000 kms of Paris in 1966, as driven by Claude Swietlik and Adam Potocki and finishing 17th there, just before the Le mans car which was also entered and came home 18th. Where would that be now?

Other interesting stories include the Targa Florio 'Twini', a much-campaigned French MiniSprint GTR and several French DIY-Sprints. Broadspeed is described in the Tuners-section. The GT gets just a brief mention but an unknown picture (to me) of John Fitzpatrick racing it at Mallory Park compensates for that. That sums this book pretty much up - the amount of (French) pictures is pretty amazing and if you wouldn't even understand what's written about them, you'll love the period atmosphere they ooze. Available at 39.90 Euros plus P&P from the publisher. 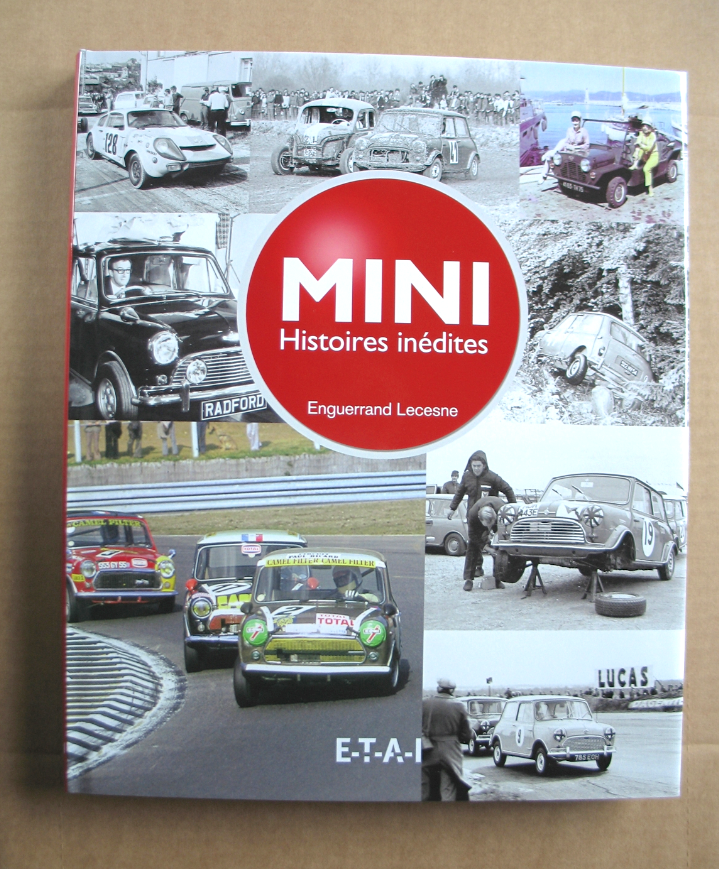 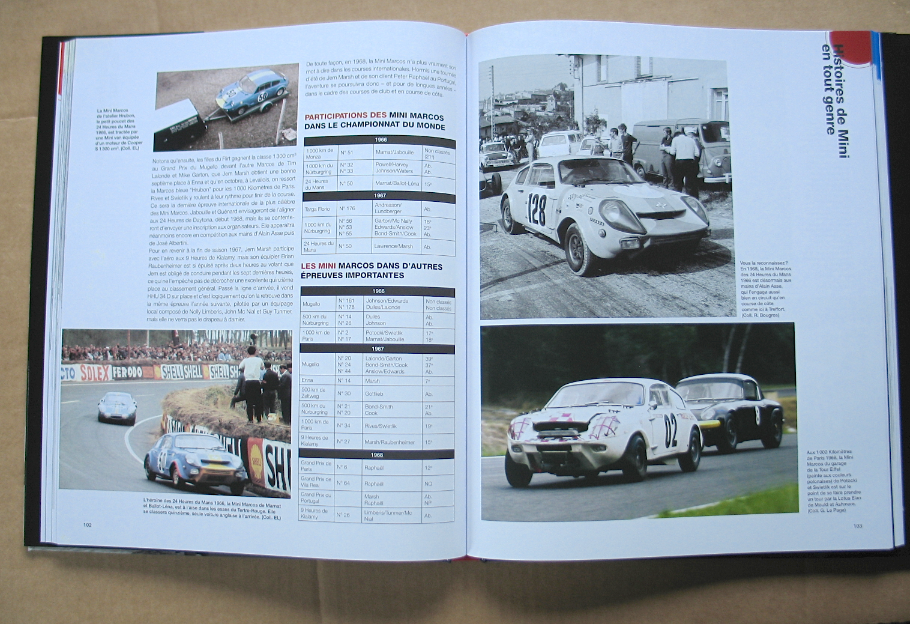