On 25 September 1965 an unusual new car made its debut at a very wet Castle Combe. It was the Mini Marcos which was not even yet officially launched until January 1966. But the car, built by Jem Marsh, driven by Geoff Mabbs and entered by Jan Odor of Janspeed Engineering, made a remarkable debut.

Autosport magazine headed 'First race - first win' and quoted Marsh before the race took place: "Don't expect too much of it - it was only completed at midnight last night and isn't at all sorted." They continued: "It had 'only' a group 2 1,293 cc Mini Cooper S engine, but even after only seven practice laps Geoff Mabbs had it in pole position for the 1,600 cc GT race. The little device went like a bomb in atrociously wet conditions, lapping all but one car to finish 81.8 secs ahead of the second man - who very nearly came under the axle also. Don't expect too much indeed!"

Geoffrey Mabbs was an experienced racing driver who ran a garage in Keynsham, Somerset. He raced and rallied Mini Cooper S's for the BMC Works team but also as a privateer with Works-support and for Janspeed from 1965-on. Both Janspeed in Salisbury as Marcos cars in Westbury were relatively close by. Unfortunately the Janspeed-Mini Marcos didn't last very long. Mabbs crashed it heavily only a week after his Castle Combe-victory during the Weston-Super-Mare Speed Trials on 2 October 1965 and the car was scrapped. Mabbs died at only 50 in 1983.

The Mini Marcos Owner's Club will be celebrating the historical win with a meeting at Castle Combe this Saturday during the Mini Action Day. On the Sunday they have organized a drive through Wiltshire and Somerset visiting some of the places associated with 50 years of Mini Marcos production. A week later the Castle Combe Autumn Classic will take place and enthusiasts Gary Marlow (who owns a very early Mk1 Mini Marcos in racing guise) and Pete Flanagan (who owns the Janspeed Unipower GT as driven by Mabbs) will be there "on a bit of a Geoff Mabbs celebration" Unfortunately I won't be there, but hope to be able make a nice report next week.

UPDATE 28 September: Pete Flanagan has some amendments about Mabbs and his cars. "The Janspeed Marcos wasn't destroyed a week later after it's Combe debut because I have it entered for a race in 1966 along with the 2nd 998cc Janspeed Marcos (they ran two). Mabbs was a bit of a celebrity down at Castle Combe in the 60s and had he lived longer I'm sure would be just as well known now.
Mabbs has a part of the Lyden Hill rallycross circuit named after him : 'Mabbs' Bank'. It was so named after he rolled the works Austin 1800 'Landcrab' there in 1969 and the name stuck! Many other cars have fallen victim to Mabbs' Bank since then!" I'm not sure about the Mini Marcoses though, but would like to find out more. Fact is that one was crashed heavily at Weston-Super-Mare. Who has more information? 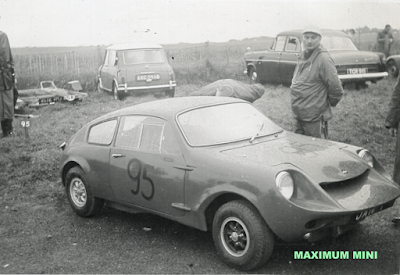 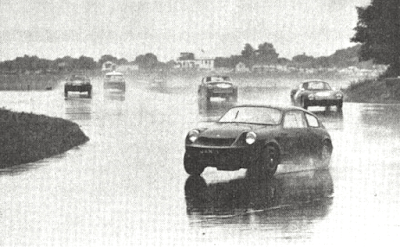 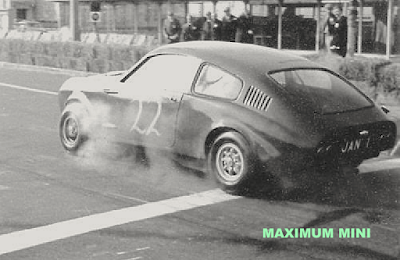 The car at the Weston Super Mare Speed Trials a week later, just before being crashed
Picture Jeroen Booij archive 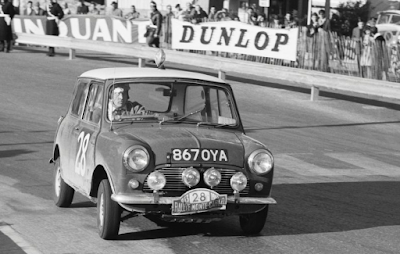 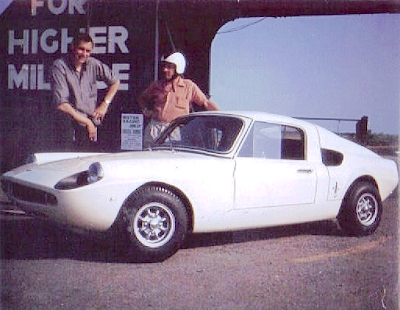