It's not every weekend that a freshly restored Broadspeed GTS makes its entrance to a show at Beaulieu in the UK, while another GTS is raced on the other side of the world at Eastern Creek, Australia. First of them is of course the factory demonstrator and works racer, known as 'EOP 88D' and seen here demonstrated by Ralph Broad himself back in 1966. The car languished in Amsterdam for decades before being repatriated to the UK and being fully restored by Chris Wooden between 2009 and now. A top job as it looks absolutely sublime in these photographs, kindly supplied by Stuart Watson.

Meanwhile, Jono Morris sent in some photographs of his car Down Under, too. He wrote: "I also finally got mine out on the track at Eastern Creek in Sydney for the first time for some historic racing last weekend. There were so many people interested in the car, plenty of the older guys who remembered it or worked on it in '66 and '67, and all were very pleased to see it back on the track. It ran really well once I ironed out a few bugs on Saturday. Also thought you might be interested in this video (see below). Fast forward to about 10 minutes to see the Broadspeed racing at Bathurst. This year is the 50th celebration of the Mini Cooper 'S' dominating Bathurst and there is a special celebration for the Mini in October at the big race meeting. The Broadspeed will be entered and I have asked Laurie Stewart to come and drive the car at the event as he did nearly 50 years ago when he made it the fastest mini in Australia." 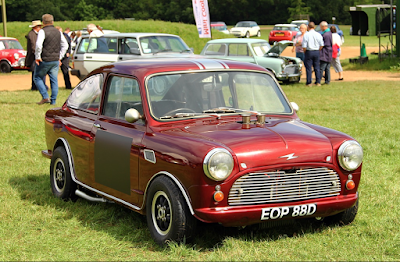 Long term restoration has paid of well, or so it seems. EOP 88D is back in its splendor
Picture courtesy Stuart Watson 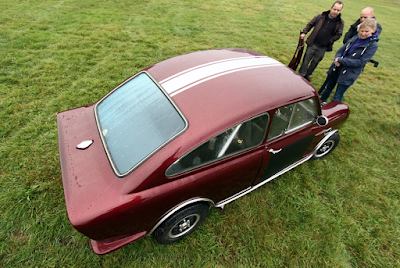 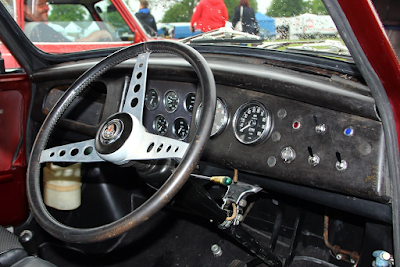 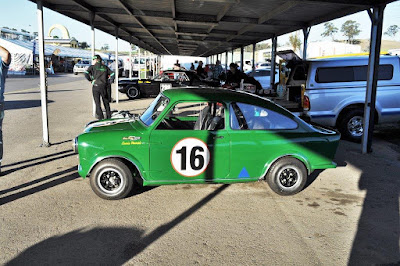 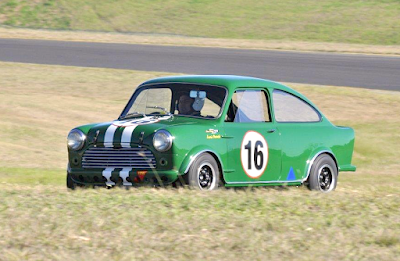 The car was known as 'Australia's fastest Mini' after being timed at 127.84mph at Bathurst
Picture courtesy Rod MacKenzie