Tim Neal made me aware of a little known Mini Sprint kind of creature, seen recently at a racing event in New Zealand. At first I thought it was the Hatton MiniSprint, designed and campaigned by Lynn Hatton of the south island (see Maximum Mini 3). It is, however, another car. Thanks to Graeme Farr, who sent me piles of photographs some years ago, I came across some more images of it in the files. However, information to complement those pictures is unavailable. Not even a name. So, Graeme, or anybody else, how to call this little rascal? 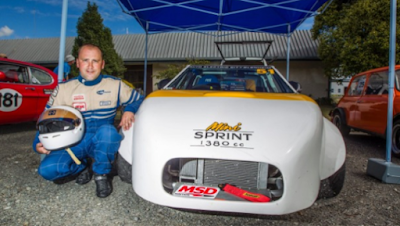 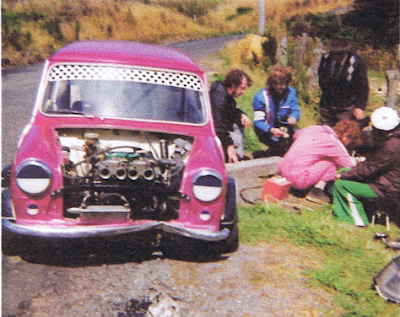 This is the car's base. A sporty Mini with eight port head that was damaged at a hill climb
Picture Graeme Farr / Jeroen Booij archive 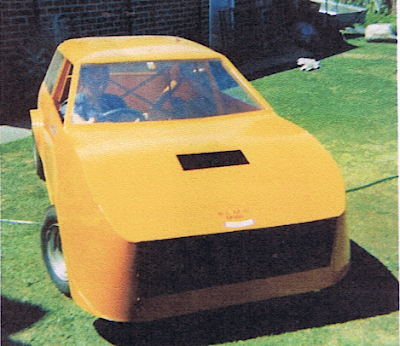 And then it was turned into this. Not much of the original body was kept for its revamp
Picture Graeme Farr / Jeroen Booij archive 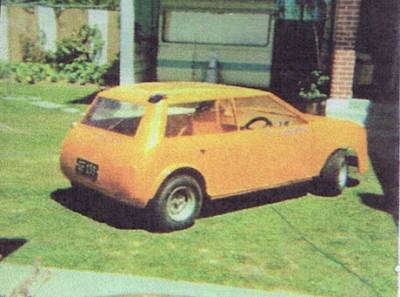 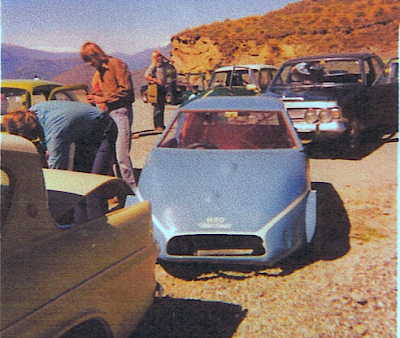 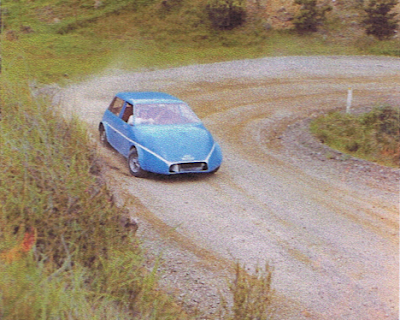 At another New Zealand hill climb in its blue guise. The car is said to be equipped with 1330 engine
Picture Graeme Farr / Jeroen Booij archive 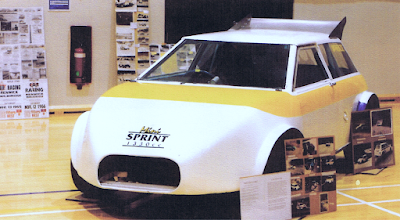 UPDATE 24 August 2020
Graeme Farr explains a few complications, that are good to put things straight here. He wrote: "Hi Jeroen. A few things are wrong. The car was built by Ash McKenzie and had an 850 engine. He changed the front on it and I think the blue front is the later front it had when he sold it. Lyn Hatton had a 1071 Cooper S which he had a 1275 S engine (it was a racing car and is the purple one here). He fitted the 8-port Arden head off the 1974 NZ Saloon Car championship winning Mini of Rex Hart. He later bought the Mini Sprint off Ash and changed the front to a Clubman look to fit the 8-port head in. The car still had it's special rear suspension with a beam axle. Lyn won the 1976 NZ hillclimb championship with the car - quite an achievement. He then sold the car to Tony Gilbertson who had previously had the only genuine Trickett Mini Sprint in NZ back in 1966 (photo). Tony also had considerable success with the car in hillclimbs and sprints in the Hawkes Bay. White photos here are of Tony. I bought the car off Tony - with the idea of making a recreation of the 74 championship winning car of Rex Hart. I had the wheels and TJ fuel injection and a few parts off the Rex Hart car. I sold the rolling shell back to Ash Mckenzie ($200 from memory) but in the intervening years he had lost track of the car and built a replica. That is the car his son Brendon is next to in the photo. I assume he also has the original version I sold him. The purple 1071 is still around and in its original shell - it was never built into the Mini Sprint. The Cooper is actually the oldest Cooper S in New Zealand and has been converted back to a road car. Its a September 1963 built Almond Green car. Cheers Graeme." That is, as always, much appreciated! 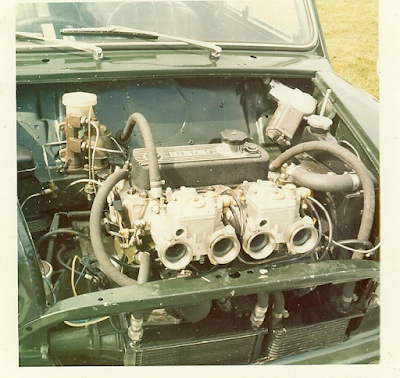 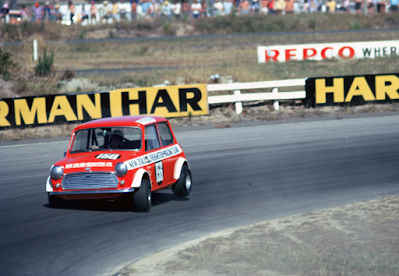 Rex Hart's championship winning Mini - the same as the green car but fitted by then with TJ injection.
Graeme: "I bought the engine with those carbs fitted plus the TJ set which a friend had"
Picture courtesy Graeme Farr
Geplaatst door Maximum Mini op 13:15