Remember the Holmbarth 1100, as seen in Maximum Mini 3? (also here). Well, Martin Andersson, who contacted me about the Swedish Ogle SX1000 (here) brought in a grand update on the car. He wrote:

"I might help you spread some light over one of your mystery cars, namely what you call the Holmbarth. In the way I ever heard of it and as I know it, this Special is called 'Automec'.
The story goes back to the late 1960's that a guy called Per-Erik Holm, whom at the time was working at the BMC competion department at Södertälje in Sweden, constructed this car at his spare time. From the beginning the car is said to have been equipped with a 1275 'S' engine. But when it was sold in 1970's it came with an MG 1100 powertrain. I first came in contact with the car in late 2008, with the owner who bought it from Holm in the 70's. This guy claimed that he raced the car at a club event at least once, back in the day. And he was very insistent that the car should be restored for the 2009 Mini festival in the UK. This never happened and years later the car was up for sale and as I understand it the car eventually came back to Per-Erik Holm who has now completed its restoration."

"The pictures I share with you are from 2008 when I helped the owner 'sawing' down the Special from the roof pillars, in the barn in which it was hung since the 1970's. As you might notice the rear section appears to be from an Ogle SX1000!? Best regards, Martin."

Needless to say I was happy to see the car surviving. By this time, I have also been updated on the Holmbarth / Automec current state. But that's for the next time. 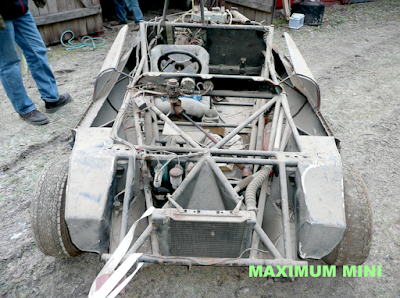 This is the Holmbarth Special, as found in 2008. It is perhaps better known as the Automec Special
Picture courtesy Martin Andersson 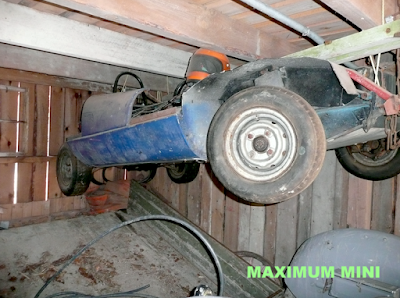 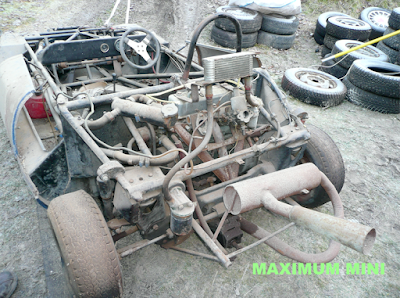 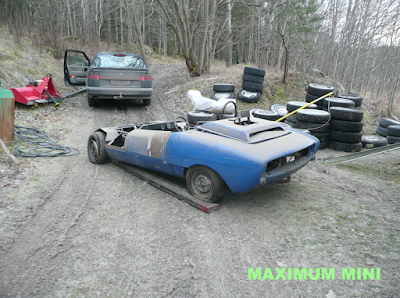 But look at that! The rear bodywork consists of the front of an Ogle SX1000!
Picture courtesy Martin Andersson