John J. Thomas has been involved with several Mini based cars. He was a former Broadspeed employee who was involved with Magenta cars and became an agent for Ranger cars. He built a Ranger pick-up six-wheeler which gained lots of publicity at the time and even came up with a twin engined Ranger pick up at one point (click here).

There was of course another Ranger model - the Ranger Cub. This was a three-wheeler, but very few four-wheel versions came to life also, and Thomas was involved with these, too. Some pictures came to the light recently thanks to Ken Warburton, and I thought I'd share them here too. Enjoy. 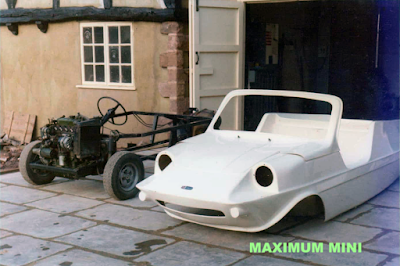 The Cub's simple chassis frame with the body next to it. Kits started at 265 GBP
Picture John J. Thomas via Ken Warburton 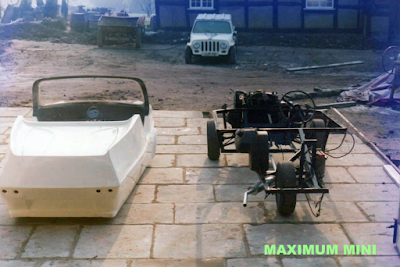 The Cub was marketed as 'The Mini based three-wheel kit car that gives
cheap motoring to fun loving people'
Picture John J. Thomas via Ken Warburton 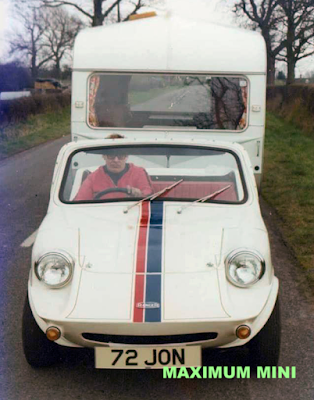 The finished three-wheeled product, all ready to tow a caravan - well, why not!?
Picture Jeroen Booij archive 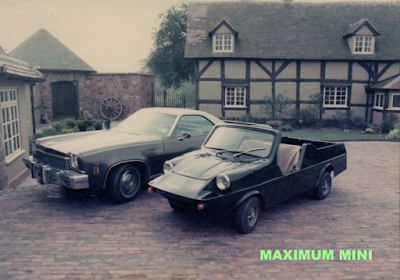 But that's a rare Ranger Cub 4, the four-wheeler version of which just 4 were made
Picture John J. Thomas via Ken Warburton