Here we have a real mystery. These two pictures were found by Roald Rakers and he was eagle eyed enough to notice the A-series engine behind the single seat. Or actually: engines behind seats, as not just the red car wearing number 77 appears to use Mini power, but also the yellow one wearing number 66. Click up to see them bigger. All we know is that these pictures were taken at the Kaldenkirchen oval in Germany in 1987. This is a track used for auto speedway, so these cars must have been entered in that, too. The red car advertises 'Roban Engineering' and I can only find a company in Port Talbot, UK with that name. The yellow car's advertising is not quite so clear - 'Plorius' perhaps. Who knows mnore? 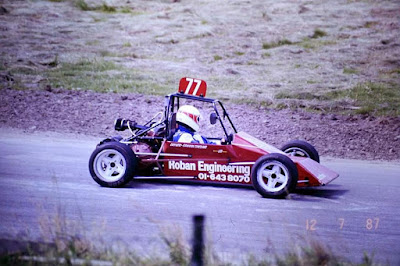 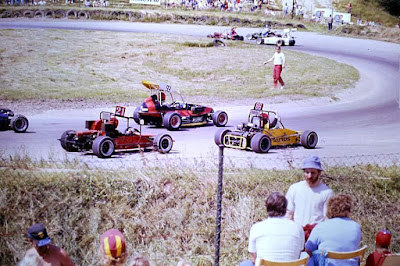 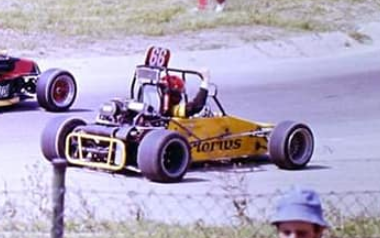 Zoom to see it better. Like the red car it seems to have Weber carb. Is that 'Plorius' on its side?
Picture via Roald Rakers