Unipower GT from The Troubleshooters

A BBC television series named 'The Troubleshooters', which ran from 1965 to 1972 (the first year as 'Mogul') featured a Unipower GT as the main transportation for one of the lead characters played by actor Ray Barrett. The series revolved around an oil company called Mogul and was all about international company take-overs, political tensions, the discovery of new oil fields and the negotiation of drilling rights.
Remarkably most of the original recordings were wiped by the BBC with very little of the footage now surviving. A few of the earliest (black & white) episodes have been saved but only one of them in colour, dated 1970s, is known to survive. Wikipedia mentions: "A previously missing episode from series two - "Birdstrike" - was returned to the BBC by a private collector in May 2010". I don't know in which series Barret could be seen driving the Unipower but I am guessing 1967 or 1968. Unfortunately these seem to be among the ones missing.
I came across this after reading a period article (dated August '68) which shows the car as it was used in the series, mentioning The Troubleshooters as having a prominent role for the Unipower. The car that was used was the factory demonstrator 'OYF 80F', which also featured in a great number of magazine articles and several PR shots. It was here running on white 'reverse rim' wheels and featuring a Mogul decal on the back. I guess the colour must have been the metallic green seen on a few other period pictures of the car. Remarkably, it's the only Unipower publication which seems to mention The Troubleshooters, there's also not a word about it in the Unipower GT book which came out last year.
It would be fantastic to learn that footage from The Troubleshooters of Barrett with the car does survive after all.
UPDATE 2 November 2022: The Troubleshooters do get a brief mention in the Unipower book, as Gerry Hulford points out rightly! From the text: "The Unipower would see fame on television, with a car being taken by one of the factory trimmers, Gerry (Gez) Wheeler, to be filmed in the BBC TV drama series 'The Troubleshooters'. Based around the fictitious Mogul Oil Company, the car appeared in one of the episodes filmed at Saltburn-on-Sea and at the Croft race track in the Midlands of England." 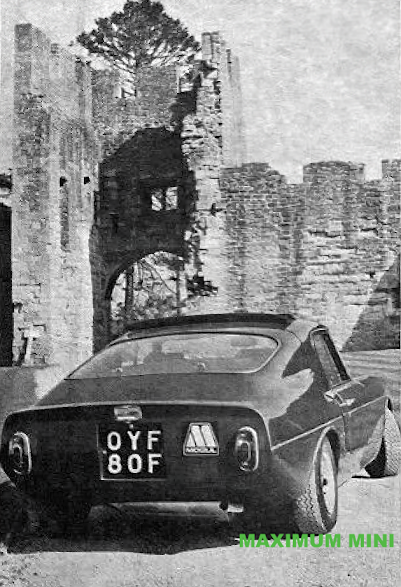 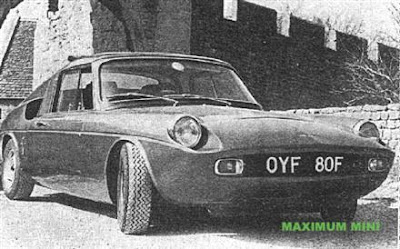 'OYF 80F' was a factory demonstrator that featured in a great number of magazine articles also
Anyone who recognizes the backdrop, by the way?
Picture Jeroen Booij archive 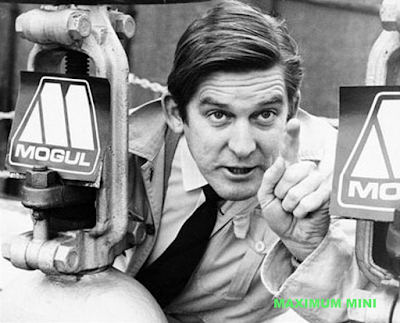 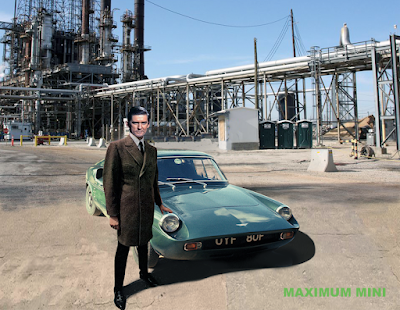 A little playing with Photoshop since no (moving) images of Barrett with the car seem to survive...
Photo editing Jeroen Booij
Geplaatst door Maximum Mini op 16:48