Swedish Marcos to be auctioned

A lovely Mk3 Mini Marcos that was supposedly sold new to Sweden is now offered for sale in an auction. The car is said to have been sold through Swedish concessionaire Elmhorn-Troberg Racing Service and was first registered in Sweden in 1969 with a Mk1 Cooper from Kalmar used as a base vehicle to build it up.
It does remind me of Bo Elmberg's Mk3 that could be seen racing a big Ferrari in anger on the Roskildering in 1967 (see here). Could it be the same car? Remarkably, Mini Marcoses were built in Sweden also and it could be one of a few made there, too. Click here for the full story about that.
Fact is that it's seen some modifications over the years, including a straight cut Cooper 'S' gearbox and many more tuning parts. The wheels are rare Swedish-made JP alloys, very period. Inside an Innocenti dashboard has been added but most of the interior is believed to be original. The car was bought by the current owner in 2017 who is now selling it due to other restoration projects. For the full description from Bilweb Auctioneers click here. Bidding starts on the 3rd of this month and the estimate is 170- to 190,000 Swedish Crones (12,600 - 13,400 GBP or 14,500 to 15,500 Euros approx.). 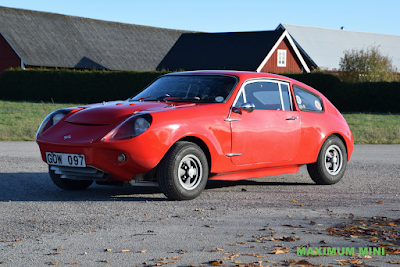 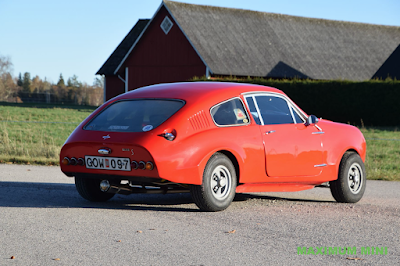 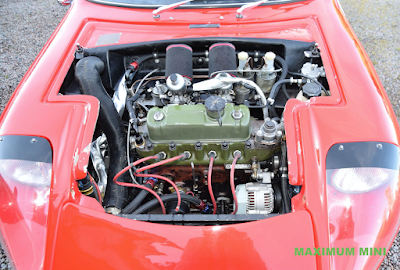 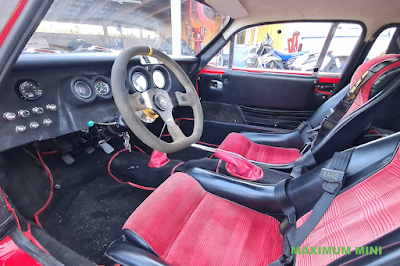 The interior is said to be largely original though. Dashboard is a later Innocenti
Picture Bilweb Auctioneers 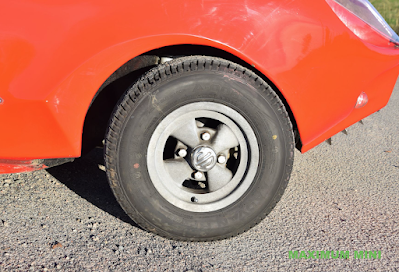