Any plans for the weekend? If not, may I suggest the Magenta's 40th anniversary? No, not all of these wonderfully quirky four-seat roadsters were 1100 based. In fact quite a few came from dead Minis. And quite a few, there were, with over 500 examples said to have been built between 1972 and 1988. Yes, that's 40 years ago since the prototype came to life in one of the most rural settings imaginable. The Magenta's 'factory' was actually based in the picturesque village of Lealholm, north Yorkshire, where Magenta instigator Steve Johnson ran the company from the former British Railways goods shed (exact model available here), next to the Lealholm railway station. The little stone building is still there being run as a garage - Lealholm Auto Services - today. Anyhow: on Friday 6, Saturday 7 and Sunday 8 July some 40 Magentas are expected in Staithes, some 10 miles from the original birtplace, near Whitby. And, yes, that is were the Whitby Warrior was built (Update: oops - it wasn't, see comment) - another great reason for a pilgrimage! More info here 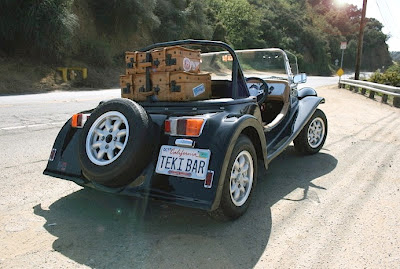 No matter were you come from - pack your bags to celebrate the Magenta's 40th
Picture courtesy www.hemmings.com 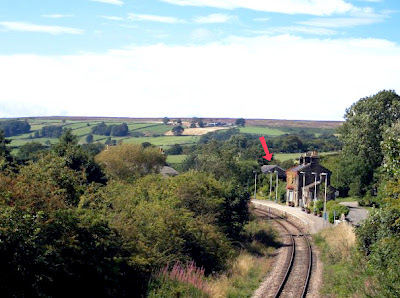 Rolling hills, a Victorian railway station and a Mini derivative shed, all in Lealholm

Email ThisBlogThis!Share to TwitterShare to FacebookShare to Pinterest
Labels: 1100 Based cars, Magenta