I'm really glad to announce that more and more Mini derivatives find their way through this blog. Take this Maya GT for example. It's been a while since Josh Willis called in to tell he'd found it in rural Kent, but he now finally managed to pick the car up from its muddy surroundings. He wrote: "Hi Jeroen, I finally picked the Maya up this morning. I think it is in a lot better condition than it looks. There are so many thick layers of paint on there that are all flaking off, but underneath the fibreglass seems pretty good. Now, I just need to get DVLA to come and inspect it as the vin plate is unreadable. They didn't seem to think it would be a problem to keep the registration (which is PAP 19F). If it doesn't keep the original number it should go on an age related plate. Will keep you posted." Josh also said that he will probably sell the Maya but may be restoring it himself, first.

Then there's this Mk1 Mini Marcos (MAB 223D). When I heard about it first I was very much tempted to go and pick that up myself, but in the end decided it would be better off with a friend of this blog. He thought the same and collected it within a few days, and wrote: "Just a quick update to let you know I got the Mini Marcos collected yesterday and its now back with me inside a dry unit - needs a clean! It seems to be originally a light blue colour. I also noted a nice badge on the inner front wing which says Moulded by Hamblin of Sherbourne Dorset etc, which is nice to see. Original GT chassis plate is there undamaged and never removed. I have traced the date of first registration to first week in July 1966 and have found the original registration entry so should be able to keep its current number and get a V5c without too much hassle. It was registered in Malvern and was factory built. Interestingly only one wiper. I have a feeling this was used for motorsport but no other data yet. Thanks for your help with obtaining this. It is much appreciated - will keep you posted."
Very good, boys, do let those stories continue to come. 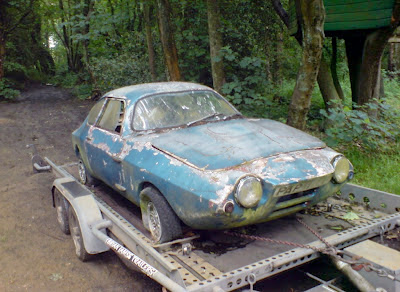 Maya GT is in a lot better condition than you would say, says reader 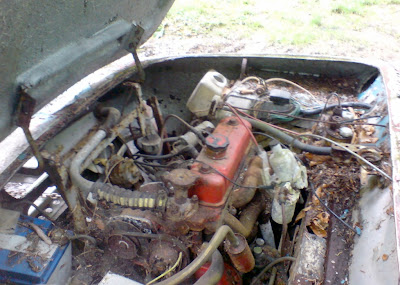 The engine that's in is an 850, which will most probably be swapped 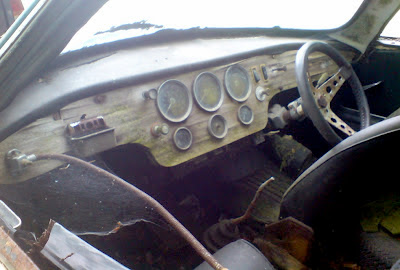 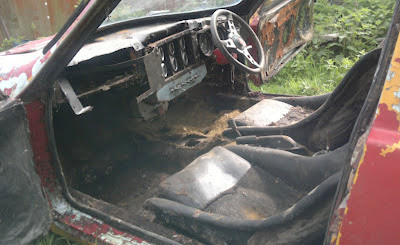 Same goes for the Marcos. Original dash may be hidden behind there 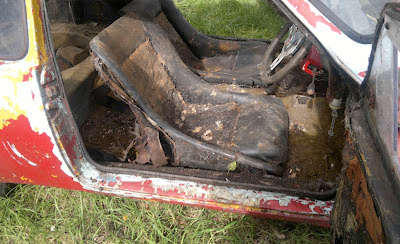