One of the greatest names in the automotive world passed away last night. Sergio Pininfarina died in his Turin home at the age of 85. He was of course best known as the designer of many Ferraris, but his studio worked for several other motoring manufacturers, from Fiat to Rolls-Royce and from Bentley to Peugeot. For BMC he was given the task of designing a Mini based roadster and coupe in 1965, I believe as Longbridge feared for the success of the unofficial 'Ogle Mini' (which was not yet named Ogle SX1000 at the time). The two prototype cars Pininfarina came up with were internally named ADO 34 (the roadster) and ADO 35 (the coupe) and both survive to this day. The first in the British Motor Heritage museum in Gaydon where many of you will have seen it; the latter in private hands (see here). In 1975 Sergio Pininfarina was involved in designing a replacement Mini but again his proposal never reached production. 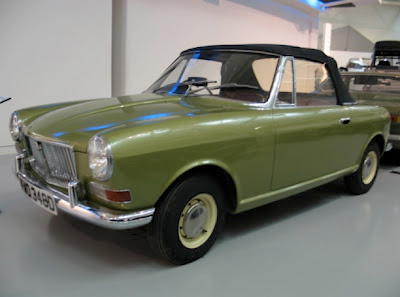