Well, well… We have a good contender for Find of the Year 2014! Thanks to several readers who made me aware of some pictures that appeared yesterday. These pictures were taken on a scrap yard on the Canary Islands where, in between abandoned old boats and cars, one remarkable vehicle surfaced. Photographer ElStellino wrote: "What the … was this? An amphibious 6-wheeler?"

It isn't. But it's something strange indeed: it's a 'SHADO Jeep' used for the British 1970s television series U.F.O. As a matter of fact it was originally built by Space Models of Feltham for the 1969 Sci-Fi flick 'Doppelgänger' (more information here) but became more famous through its later tv appearances. These cars were based on Mini Mokes with an extra rear subframe and although it's unknown to me how many of them were built, there must have been at least two. One survives in Italy with a U.F.O. fan, while another was used as an advertisement sign for a garage in the UK for many years. Or could that be one and the same car? (more info here). Fact is that this is another. How it ever reached the Canaries is unknown, as it remains a mystery who owns the yard and its content. I am sure however, it won't be long before somebody will find out! 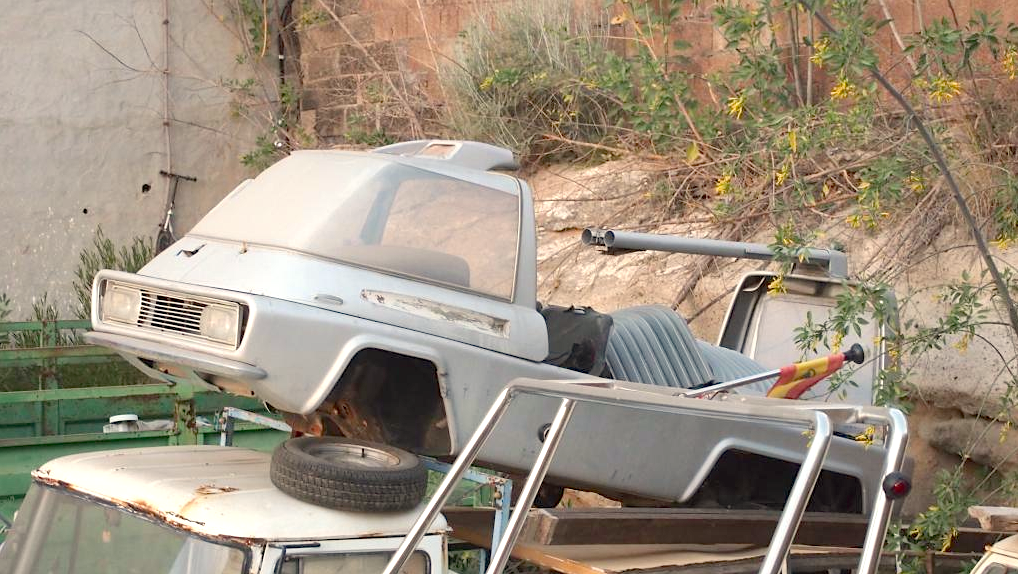 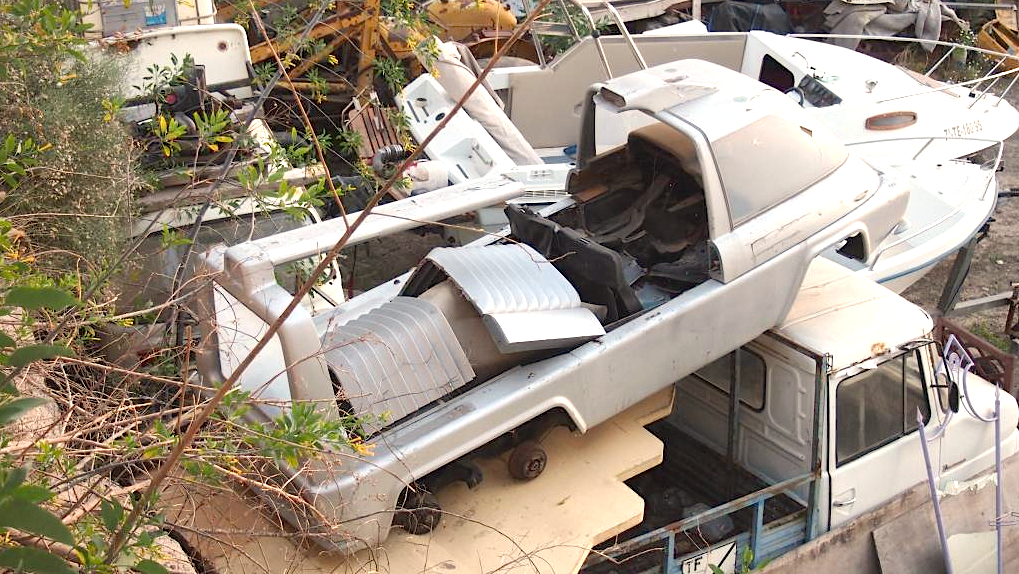 Apart from wheels, the SHADO Jeep looks to be complete, even the side panels are there
Picture courtesy ElStellino 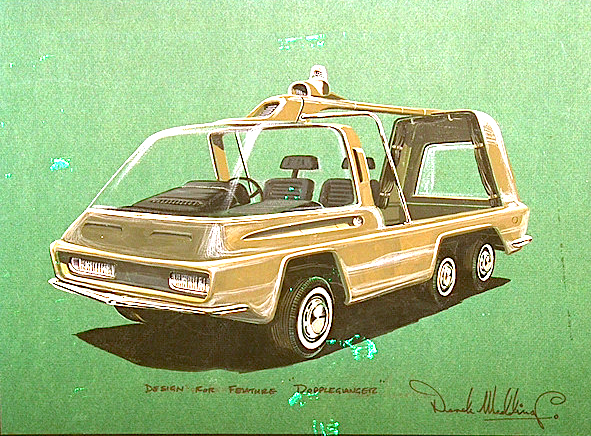 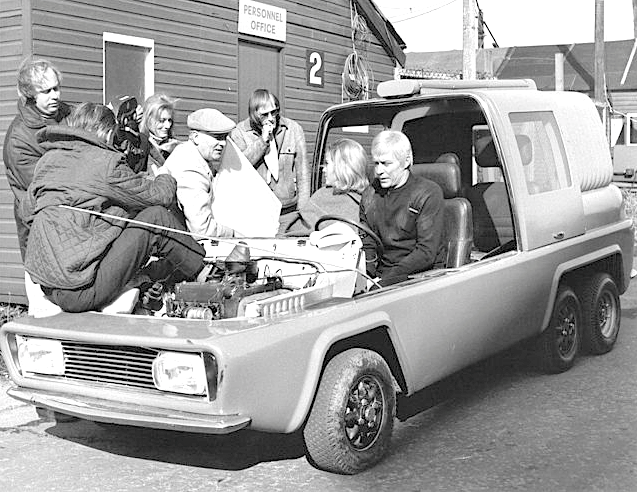