A Mini Marcos at Mugello

Another nice picture find by reader Ralph Hamilton: the Mini Marcos of Roy Johnson and Guy Edwards at the Gran Premio del Mugello in July 1966. The car, registered 'KLP 7D' was green with a white band, as can be seen in a picture of it the Nurburgring, which was taken a month later. The car was entered with 1300cc power and supposedly did not class for Mugello. So was this shot taken during practice? It seems to have been hot at least, for they were driving without the bonnet. What's more: what happened to it afterwards? 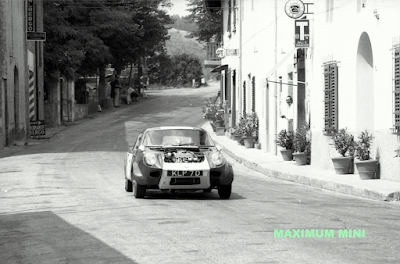 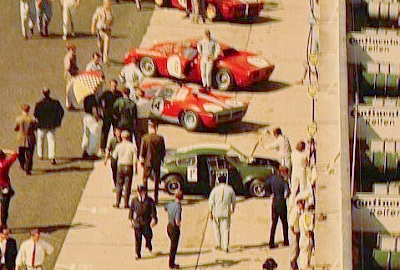 The same car, now in colour, and a month earlier at the 1000 kms of the Nurburgring
Picture courtesy Jesse Alexander