Some great old pictures and tales of another Peel Viking Minisport owner were sent over to me by a reader of this blog recently. He got them from the Robert Tierney, who owns it since new! The car is based on a 1960 Mini 850 De Luxe and was retired from general use in 1986 with 489,000 miles on the clock. Yes - 489 thousand miles. That's about 25,000 miles a year for 20 years in a row!

Tierney wrote: "Later on the roof was painted white to reduce the heat in summer. The black and white pictures show the enlarged boot - this often caused consternation to those overtaking as they though they were only passing a Mini Van! It used an 1100 engine with 3.44 diff ratio and latterly changed primary drive gears. At an indicated 80 mph (speedo was for a 3.77 diff ratio) mpg was around 50 and the car was fitted with 2 x 5.5m gall tanks - so she had a very good range. We had 2 children at the time and had a Messerschmit 3-wheeler. We were known as the only 2-car family in which the largest car was a Mini! I am currently building an extension to the house but refurbishing the Peel is the next project - it's not for sale." 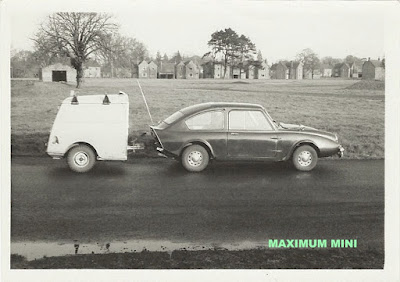 A one-owner Peel Viking with 498,000 miles on the clock. That has to be unique
Picture courtesy Robert Tierney 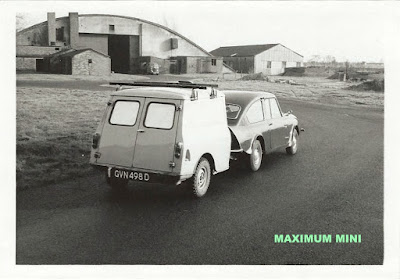 'Enlarged boot' caused consternation during the many travels it made, says owner
Picture courtesy Robert Tierney 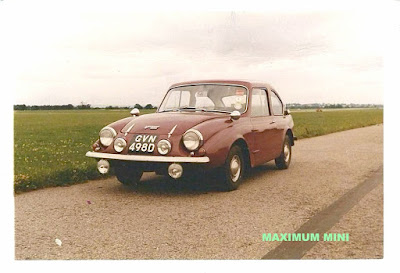 Colour shot dates from 1966 - the year this Peel came on the road. It retired 20 years later
Picture courtesy Robert Tierney