Prepare yourselves for some awful news. Maximum Mini enthusiast from the first hour, Paul Ogle, sent me a message today about the car that's been his pride and joy for all the years that I know him: the Fletcher GT. Paul had it for some 10 years, during which time he found out much of its checkered history and restored it, too. More on its history here. I am very sorry to hear the Fletcher now no longer is with us. This is what Paul wrote:

"Hi Jeroen. Thanks for putting up the details regarding next years Blyton Park Action Day. It really is a fantastic event that's developing there and I am glad I was able to attend the first two previous years. Seeing this has however reminded me of the sad loss that I have to share with you. I havent felt able to put this picture up so far as I've been very ill and couldn't face sharing bad news. Devestatingly 'Kirsty', as she was known will not be able to attend next year's Blyton meeting as she has been stolen and found burnt out. They say a picture paints a thousand words. The world clearly still has many complete twats in it."
I feel with you Paul and I'm sure I'm not alone. 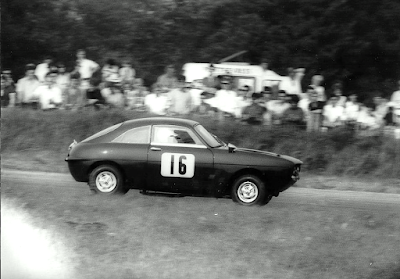 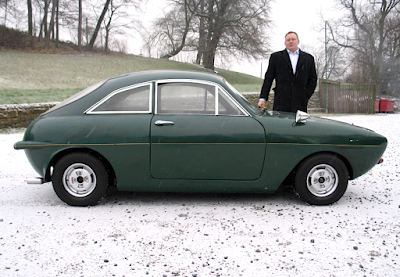 Paul with the Fletcher GT in happier times. This was back in February 2007
Picture Jeroen Booij 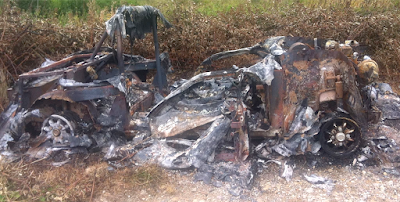 While this is all that's left of the car - known as 'Kirsty' - now. Paul is devastated
Picture courtesy Paul Ogle