Guy Buckingham made a name in motor sports in Australia, but had begun racing earlier when he lived in the UK. In fact he was a clockmaker in Buckinghamshire who became an engineer for the RAF in WW2. He moved to Australia in 1952 where he decided to do things slightly different and set up his own workshop, soon known as Nota Cars. ‘Nota’ stood for ‘motorcar' pronounced as ‘notacar’ by Buckinghams then-baby son Chris. In Parramatta, just outside Sydney, Guy built various racing and hill climbing specials, mostly one-offs. One of them was rear-powered by a Mini-engine as early as 1962 - more here. By 1968 he'd build another Special, based on a crashed Morris Cooper S. Chris had designed it and it was named Nota Type 4, but was soon called ‘Nota Fang’ to its sharp appearance! Replicas were sold for $1999 and were soon a hit under Australian racing enthusiasts. The Buckinghams sold 64 Fangs before Guy returned to England in the early 1970s. There he introduced the Fang in the UK in 1972, but after the demonstrator was flattened by a Frysian bull, Buckingham Sr. decided to stop his exploits as a motor manufacturer. Chris continues to run Nota Engineering to this very day. Guy was reunited some two years ago with one of the first cars he designed, built and raced back in 1954, which was known as 'Arnold'. It was the first time he had seen the car since the late 50's. 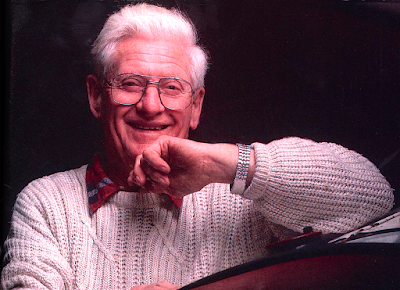 The man who made the Mini based sports car big in Australia: Guy Buckingham
Picture courtesy Charles Best 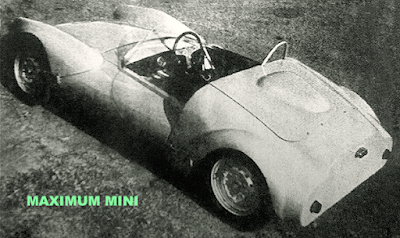 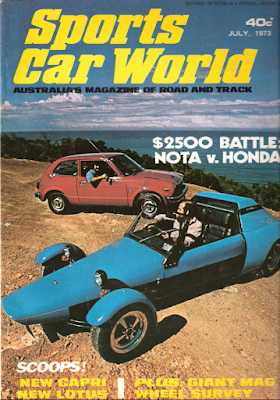