Two recent discoveries of Ogle SX1000s in the USA were seen here last month and I have some news about both of them now. Let's start with the gold one found in the woods of Connecticut back in 2005 by Brendan Norton (click here for full story). Brendan asked himself wether it could still be there? Well, as it turns out now it isn't since the car was rescued from its rural resting place by Rob Roy of Connecticut some time ago. He wrote:

"I'm the current owner of the car and it's two miles from where it sat when it was seen. The car had sat on the ground since it's shipment from Wisconsin to the owners new home in Connecticut back in 1979. I did some work for the owner, restoring other equipment for him, he felt I would do the little car a fair shake on another life. I have stripped the car down to steel and fibreglass, and replaced all the rotted steel. New floor pans, hand formed rockers, tunnel fabrication and 'Ogle' fabricated pieces. I have been a fabricator and auto body specialist, collision and paint ever since my first job, that was a while ago..." Well done to you Rob, and I look forward to hear or see more about your restoration of the Ogle.

Meanwhile, I have found out something interesting about the other recent find also: the red car that's been in one family ownership since new (full story here). I am not quite so sure if it went there straight from the factory in the UK though, as I am now almost 100% sure this is the same car as the one seen on the cover of Swedish motoring magazine 'Teknikens värld' in 1963, mentioning the mysterious AB Hasselheim & Engelberg as its importer (full story here). I compared an under bonnet shot of the car in its current condition to a similar shot from the said magazine and they are just about identical. Decide for yourself. 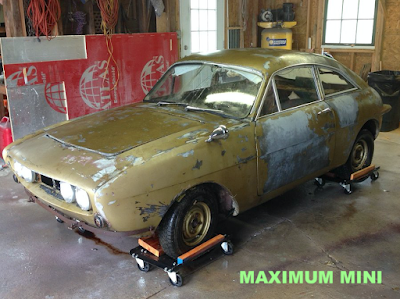 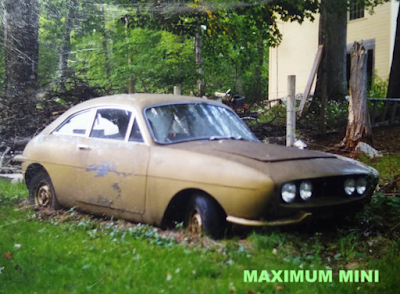 ...After having spent almost 40 years in the woodlands just two miles away from workshop
Picture Brendan Norton 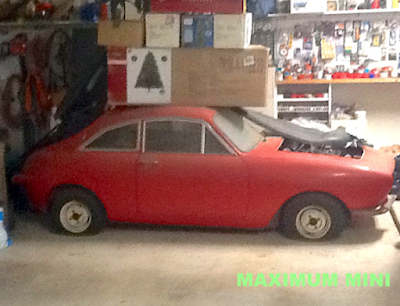 Then there is this Ogle, which supposedly spent all of it's life in the USA, too
Picture Anthony Thompson 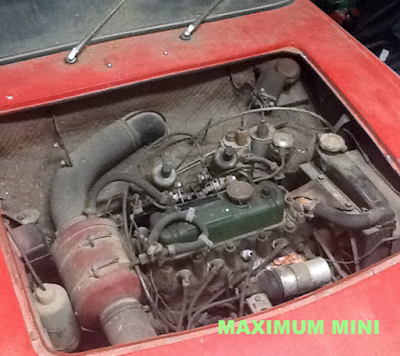 And this is the picture of its engine bay that was sent over to me recently...
Picture Anthony Thompson 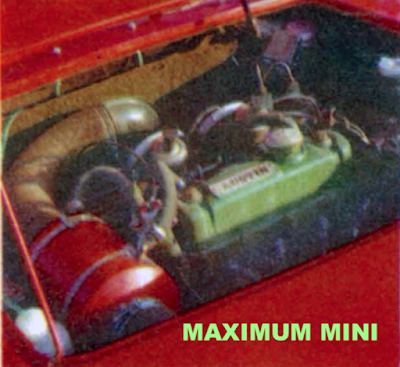 ...Now compare it with this Swedish shot of 1963 - I am just about convinced it is the same car
Picture Jeroen Booij archive