Does the Minilan of Barbados survive?

I have heard several rumours about the survival of the Minilan, a racing Special built and raced and hill climbed on the island of Barbados in the early 1970s by Michael Gill. But I have never seen any evidence. When somebody asked me about the car recently I found back an old email message from Paul Ogle. He wrote: "Hi Jeroen. Have you ever come acros the 'Minilan'? I have attached the pictures of pictures that were on the wall in a museum. This is in Barbados and its called the Mallalieu collection. I'm fairly sure the pictures are from the Barbados annual motor rally back in the 1960s. The caption under the picture if you zoom in describes it as 'the famous Minilan'. Have you already found this car?"

Well, I haven't! I know Gill raced the car at the Bushy Park and Chancelylane swamp track and used parts of the body of a Lotus Elan, hence the name. It used a 1293cc Mini engine and is said to have been very competitive. The Barbados Rally Club wrote: “His finest hour to date came at Bushy Park; driving the Minilan, he set the pace at the opening race meet on Independence Day 1971: the only driver to win all three races in his Group, he was the circuit’s first Champion Driver and its first outright lap record-holder.” I was told the Gill family still owns it. True? 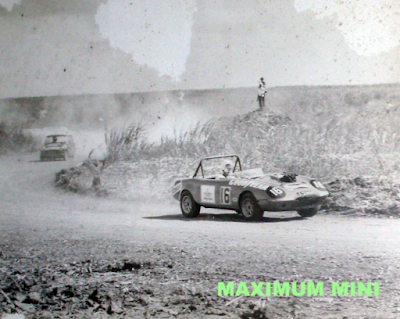 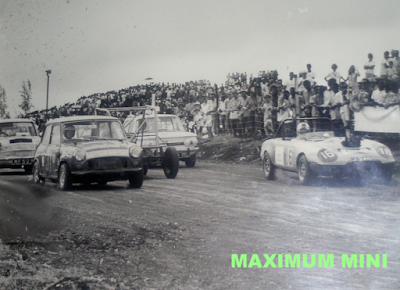 The car was entered in a number of events at Barbados by Michael Gill. Is it still there?
Picture Mallalieu Motor Collection, via Paul Ogle 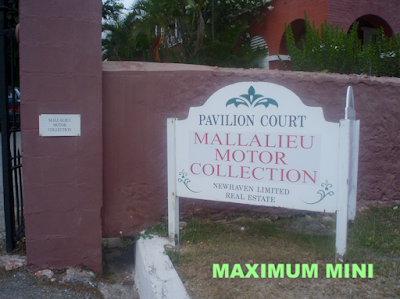 It would definitely suit the Mallalieu Motor Collection on the island?
Picture Paul Ogle