Yesterday you could see pictures showing the building process of the one-off Mini Shark, designed and built by Terry Lee between 1969 and 1974 (here), today some more information on that car.
Lee made the body design in carton board but chose fibreglass to make the real thing. That was something he regretted afterwards, or so he told me: "It was an awful lot of work and the insurance didn’t like it”. It's also the reason why the later Mini Beavers that he built came with steel bodies.
But with its yellow paint, square headlights and a sharply chopped-off tail with Mk1 Escort lights and painted in contrasting satin black the finished Mini Shark did look rather nice.
Once Lee had it on the road the Mini Shark was tested and received a brand new registration in 1974: 'OWT 694M'. Lee used it for several years before he sold it and he told me he believed the car no longer exists when I visited him in Leeds some 10 years ago. However, a picture of it did appear in the 1990s, when the car was supposedly found in Glasgow, Scotland, in a stripped state. Could it still survive? Who knows more about it? 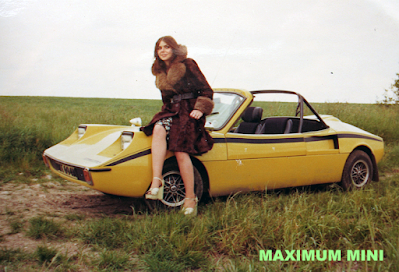 Once finished Mrs. Lee naturally had to pose with the car her husband designed and built
Picture Terry Lee / Jeroen Booij archive 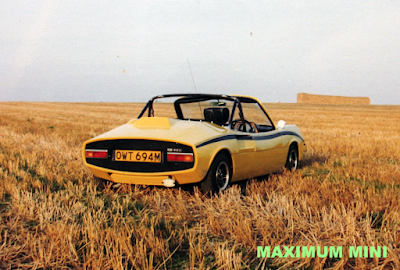 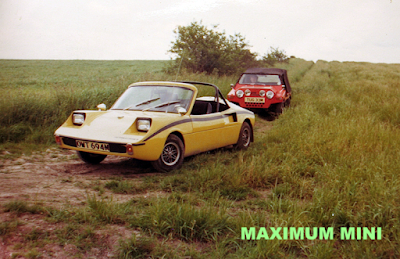 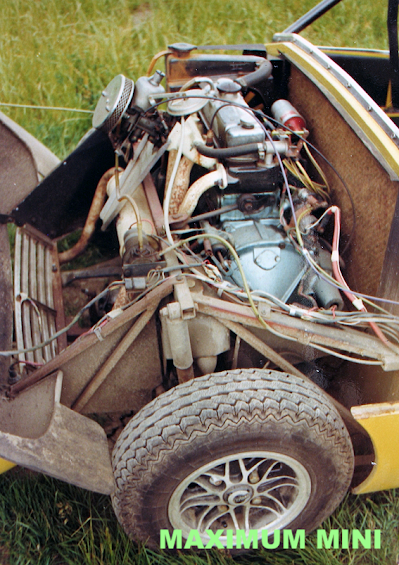 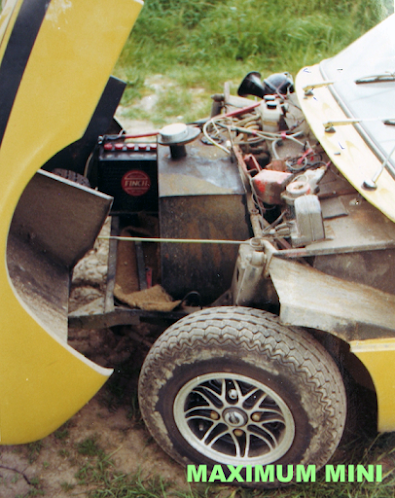 Flip back and flip front. Behind the latter the petrol tank and battery hid
Picture Terry Lee / Jeroen Booij archive 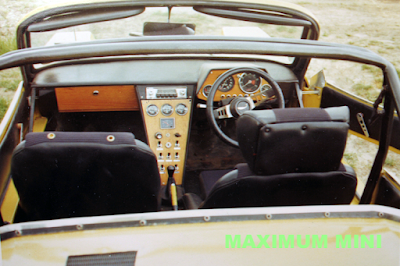 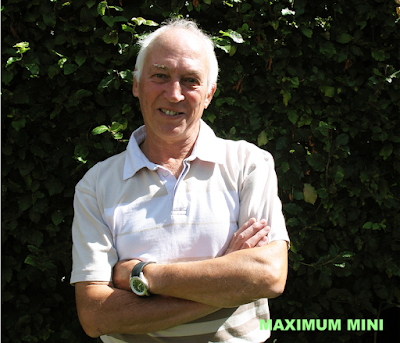 Terry Lee 10 years ago in August 2011, when I interviewed him about the Mini Shark and Mini Beaver
Picture Jeroen Booij 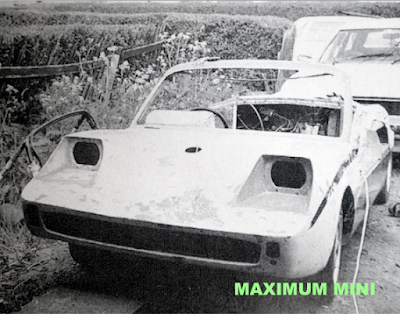 This picture shows the car survived in Glasgow as late as in the 1990s. Where is it now?
Picture Autopuzzles.com
Geplaatst door Maximum Mini op 13:11