Find of the Year 2021: the candidates

Well-well, 2021 was a remarkable year when it came to long-lost Mini based cars. With 24 exciting discoveries in sheds, barns, gardens and woods the number of Mini derivatives being rediscovered keeps on growing. It's not easy to make a top-5 with so many exiting finds. From Broadspeed GT to Magnum Spectre, and from pairs of Ranger Cubs, ABC Tricars as well as Scamp six-wheelers to the unique AC Donington.

Like last year, I found a few cars myself with Belgium proving to be excellent finding ground: there was the 1967 Cox GTM in a garage in Belgium, the sole GTM 'Euro' Coupe in a Belgian lock-up and the Ogle SX1000 which was originally sold to Belgium and had always remained there. But there was also the Guinness World Record 'blind drive' RTV in bramble bushes in England and the Dutch Barclay Mini Bug.

Now, to vote simply drop a message below or send me an e-mail if you like. The one with the most votes wins the title 'Maximum Mini Find of the Year 2021'. Over to the 5 candidates. 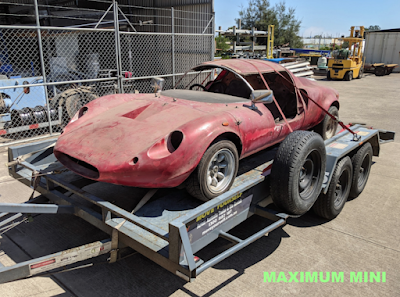 Pellandini number 1. The first and only space framed Pellandini as built by Peter Pellandine in Australia was one of three Pellandinis resurfacing recently, this one with an Aussie crash repairer. (full story here) 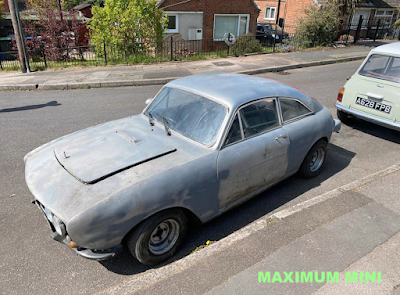 The Ogle Mini prototype. A one-owner car for more than 50 years, this is believed to be the first Ogle Mini built. It was sold last May with the restoration starting straight away. (full story here) 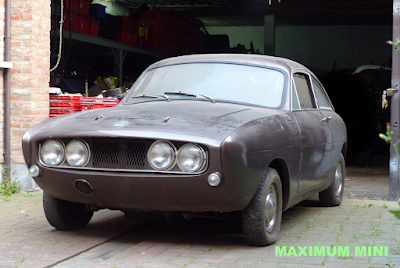 The Ogle SX1000 in Belgium. Another Ogle with another unusual story. This one spent all of its life in Belgium after being sold by Mini racer Julien Vernaeve there when new (full story here) 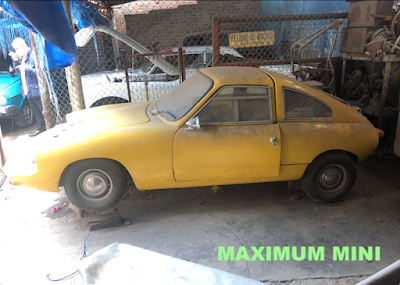 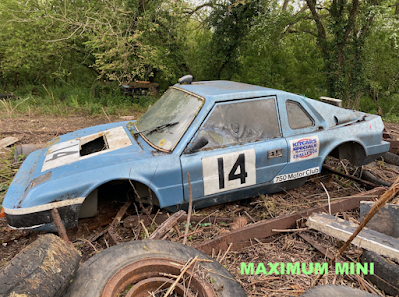 The Nimbus Coupe prototype. The prototype that was later turned into a successful racer by Gary Shillabeer was freed from bramble bushes in rural Dorset in May. (full story here)
Geplaatst door Maximum Mini op 15:07