Boy, is the first Mystery Mini Derivative for this year shrouded in - er - mystery! It's only believed to be Mini powered, but even that is not known for sure. The picture was provided by regular supplier Roald Rakers and was supposedly shot in 1969 during a race in Japan in what was known as the 'Golden Series Minicar Challenge'.

That does indeed look like a Mini engine poking out of the front to me, with two carburetors standing in the right position, aren't they? And those wheels may very well be 10" Mini ones also. But then... the Japanese had some small cars on offer, too. So... who knows more about this intriguing little racer from Nippon?

UPDATE 21 January 2023: Not a Mini derivative! According to Noriyuki Karikomi this is a Honda N360 based Phantom Formula Junior car. Thank you very much. 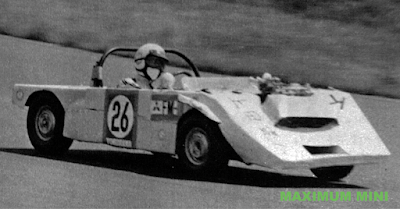 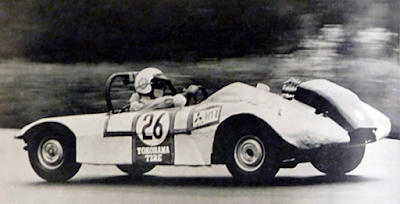