Right! Time for some more about the Ogles in Japan now. After chassis number 1 (click) let's move over to chassis number 2 as that found it's way to Japan also! The car is registered '174 MPG' and has been in Japan for almost 40 years now - since 1984.
It has some distinctive features, most notably the bonnet scoop that's been on it since a very early stage. I have a picture of the car made in 1962 which already shows this intake. The colours are also distinctive: a pretty metallic blue with red and black interior, although the paint colour was changed to a slightly lighter blue once in Japan. It is now owned by mister Maruyama of Delta Mini in Osaka there, who is not related to mister Maruyama of Mini Maruyama fame. He told us he carried out a full restoration on the car himself and it was he who changed the colour to a darker metallic blue also. Although the car originally came with an 850 engine, it had a 1310 cc Cooper ‘S’ when it came from the UK to Japan in 1984 and it still has that engine now. 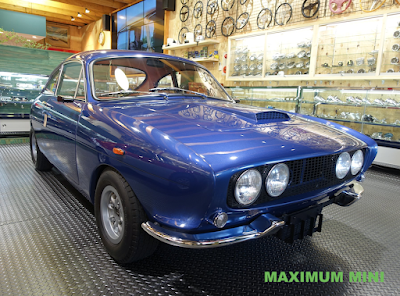 '174 MPG' as it looks today in the showroom of garage Delta Mini in Osaka, Japan
Picture Delta Mini 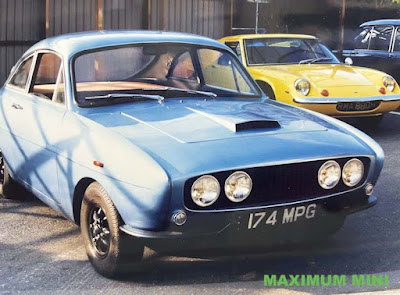 And in its earlier lighter blue colour. This shot was taken upon its arrival in Japan in 1984
Picture courtesy Bunzo Yasuda 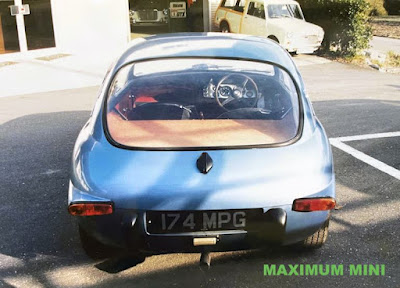 Much of the brightwork was painted in a satin black at the time. 1980s fashion I guess
Picture courtesy Bunzo Yasuda 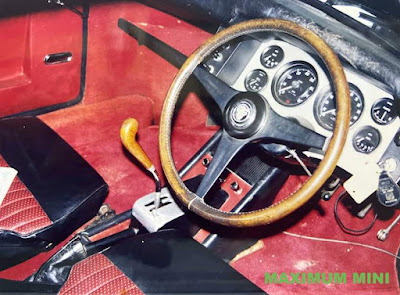 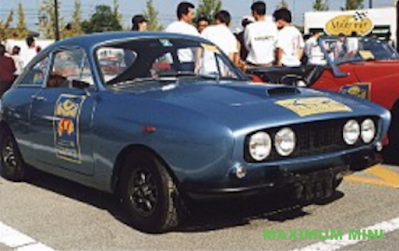 It took part in a Japanese rally at one stage, still with the blacked-out brightwork
Picture courtesy Bunzo Yasuda 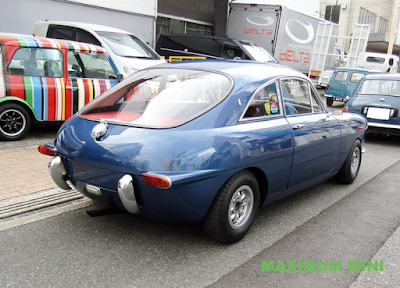 Now restored, the car is owned by mister Maruyama of Osaka, who carried out the restoration
Picture Delta Mini 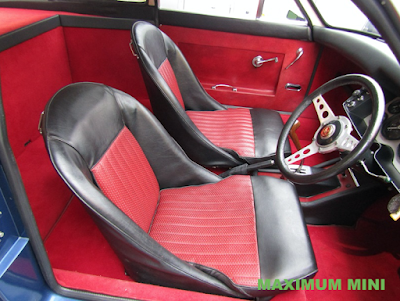 The interior hasn't changed much over the years. It's still very pretty I think!
Picture Delta Mini 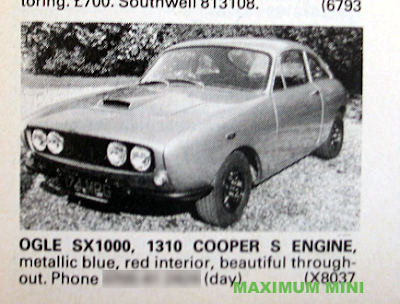 This was the last sighting of it in the UK - a 1983 advertisement
Picture Jeroen Booij archive
Geplaatst door Maximum Mini op 14:09