Four new pictures of the Nieuwenhuis Special turn up thanks to reader Michael van der Meij. Once again they were taken at the Trophy of the Dunes race at Zandvoort in 1968. When I first heard of the car a long time ago I was eager to find out more, which took several years. Eventually I found out it was built by Henk Nieuwenhuis of Geldrop in The Netherlands, who'd emigrated to the isle of Crete. I interviewed him back in 2013, when he told me he built the car in 1967 in the attic of his parental house.
He said: “You could either watch other people race, or build something yourself on a shoestring. I decided to do the latter and started making some drawings. It was all pretty simple, I just wanted to race. Since I had some Mini engines lying around, one of them a Cooper, I simply had to use that. I was a graphical designer by trade and so wanted it to look nice, too. At first it was a roadster, later I closed the body with gullwing doors."
Unfortunately the gull winged racer does not survive since Nieuwenhuis re-used most parts to built up other cars and ultimately binned the car's chassis frame, or so he told me. I have still never seen any picture of it in its initial roadster form, as Nieuwenhuis didn't have these either.
More pictures of the car - also in colour here. 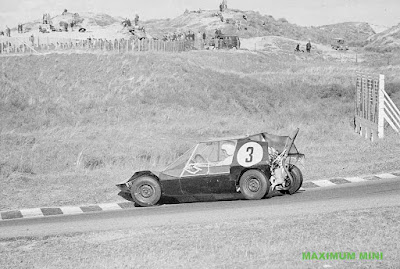 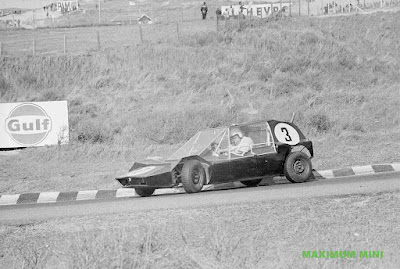 Lightweight and rear engined it must have been easy to oversteer, as demonstrated here!
Picture through Michael van der Meij 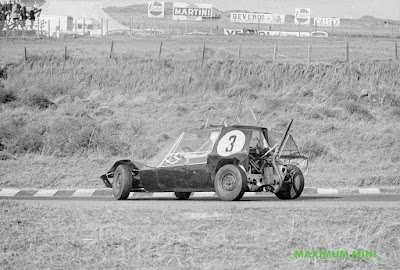 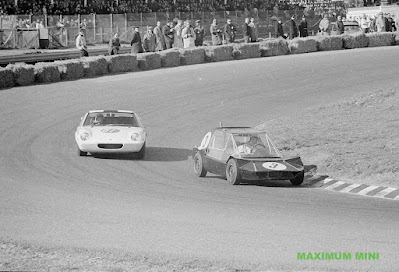