There has always been demand for cheap means of Formula racing with open wheel single seaters. Race cars that were easy to build and maintain but good for big fun at the track. Think Formula Vee - for Volkswagen - hugely popular in Germany, or the Citroën based MEP race cars designed by Frenchman Maurice Emile Pezous.

So why was there never a Formula Mini class for the British? Well, there was. Or just about. 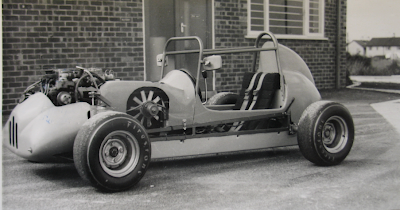 It was actually named Formula Mini Plus, or FMP, and the idea came from Biota instigator John Houghton. Houghton had been racing in a Hot Car sponsored Midget competition with a home grown Mini based car that he'd christened 'The Black Lawnmawer' with some success. It sparked the idea for a race class with more like minded. A prototype race car was built up around a 90bhp A series engine in its Mini subframe at the front, coupled to a simple chassis with four fibreglass body sections. Things looked good for low cost racing and Houghton offered replica's for budding race drivers. But negotations with RAC Competitions Department lead to nothing and the class was banned from racing before it ever hit the tracks. This was 1971. 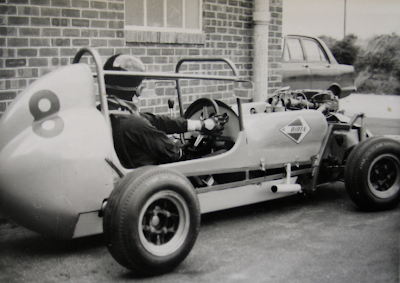 However, it appears that British Leyland was having a similar idea at around the same time. They approached Mini Bug designer Barry Stimson to come up with a rear engined Mini powered Formula car. But again, it never was. What exactly went wrong here remains a mystery but the BL sponsored Formula, too, never raced. I don't even think a prototype car was ever built. It's just Stimson's sketch that survives which he let me reproduce when I interviewed him a couple of years ago. Thanks Barry! 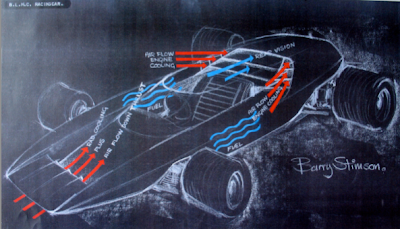