Look at this, some nice Broadspeed related paperwork. First there's the advertisement of a GT of Cheshire's garage, that former owner Barrie Smith promised to send over. The asking price of 1600 GBP seems cheap now, but Barrie Smith eventually paid 950 GBP for it...
Next, Major Upsett posted some lovely Broadspeed press material on that great Mk1 Performance forum last week, and I include some copies here. There's a letter to the editor of The Motor magazine, dated December 1965, about Broadspeed's stand - number 46 - at the upcoming Racing Car Show of 1966 and a press release plus picture of the dual exhaust system that Broadspeed had on offer there. 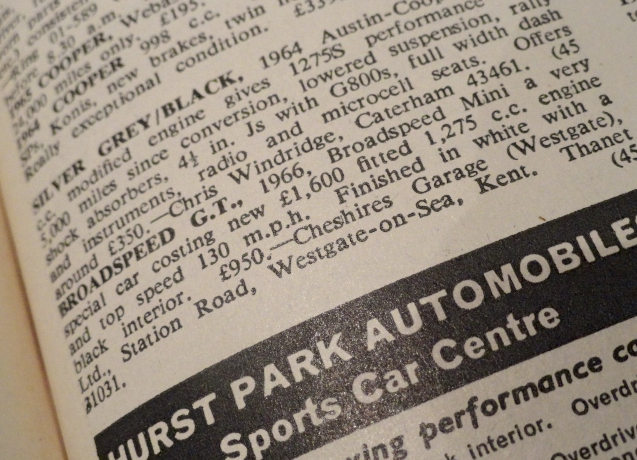 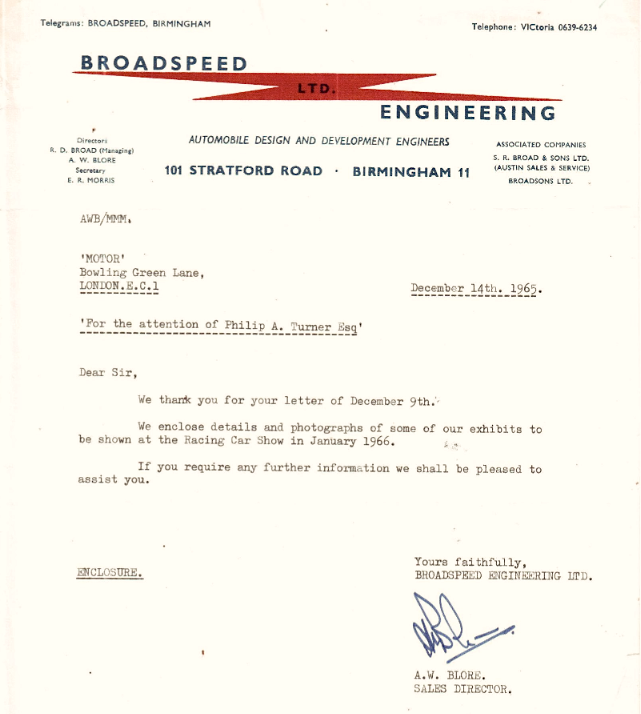 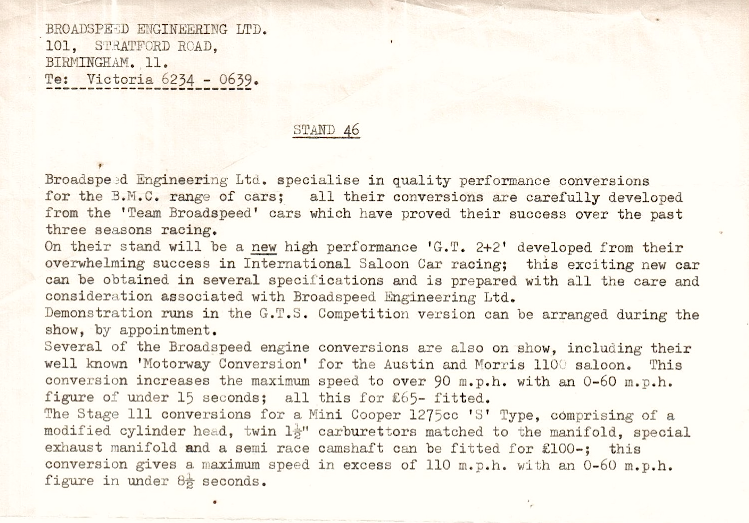 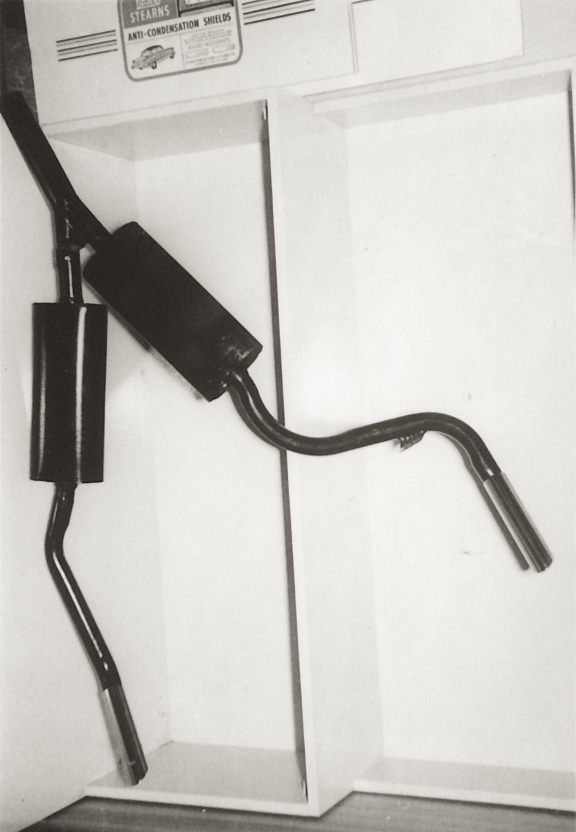