You'll have to admit that BMW, as Mini's current custodian, is doing rather well in keeping the flame alive. As a matter of fact they open an exhibition tomorrow in Munich's BMW Museum called 'The MINI Story', emphasizing on 55 years of great little car design with 30 cars on display, and they were nice enough to send a press release with plenty of photographs over to here.

Yes, the emphasis lies on current models and prototypes for these, but interestingly for us lot there's a little more than the well-known classics they haul to every prestigious event. In fact they have made the effort to show some Mini derivatives! A tip of the iceberg, okay, but definitely worth a mention here never the less. There's an Outspan Orange Mini, a Wildgoose and Whitby Morrison Ice Cream Van, plus a rare four-door Mini built by our friends of Mini Mengers, who came up with the Mengers 3WP earlier this year. The expo will open tomorrow at 20:00, followed by a party into the early hours, and will last until 31 January 2016, so you've got over a year to pay the place a visit! 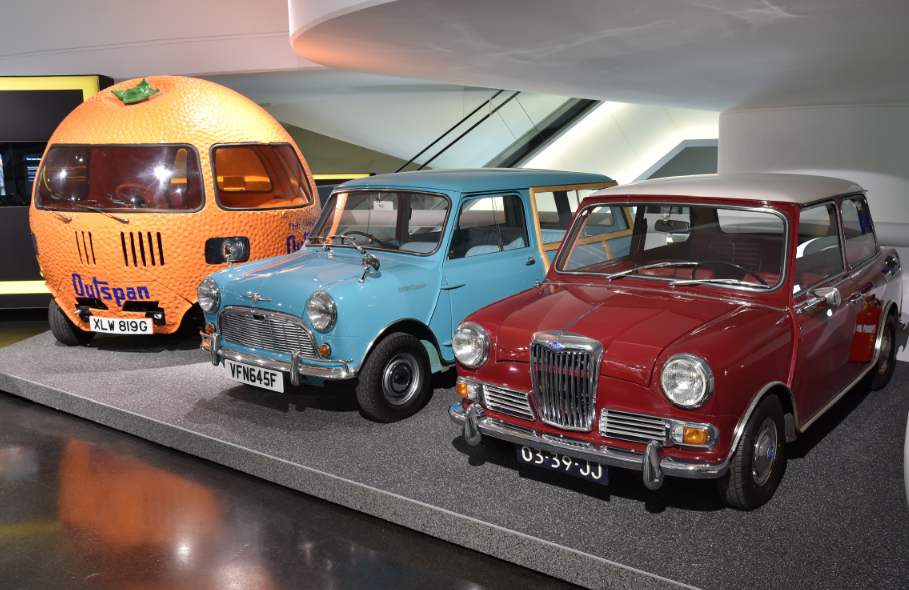 1969 Riley Elf and 1967 Morris Countryman, yes, but the Outspan Orange is the cool one here!
Picture courtesy BMW 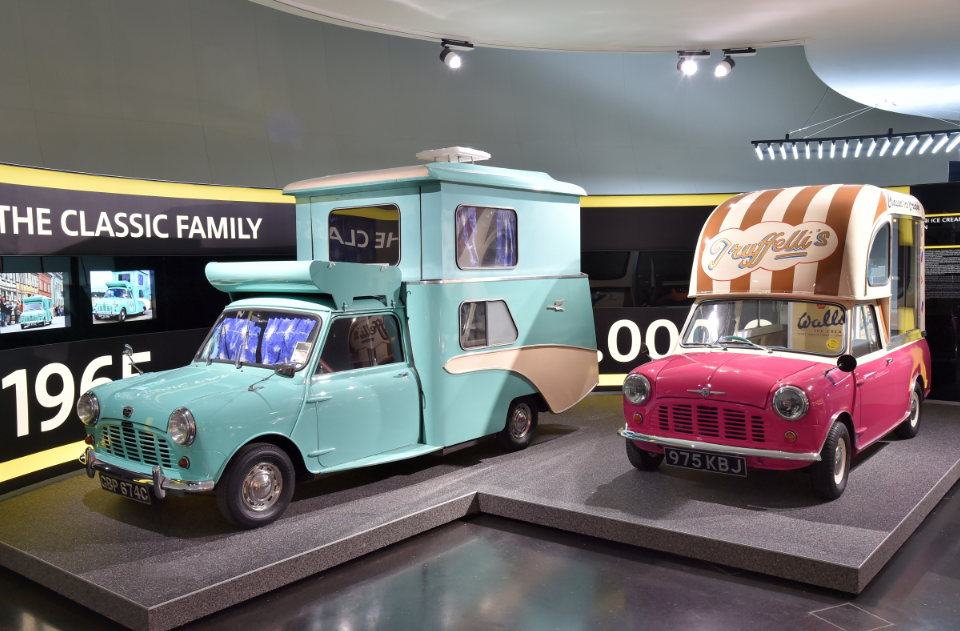 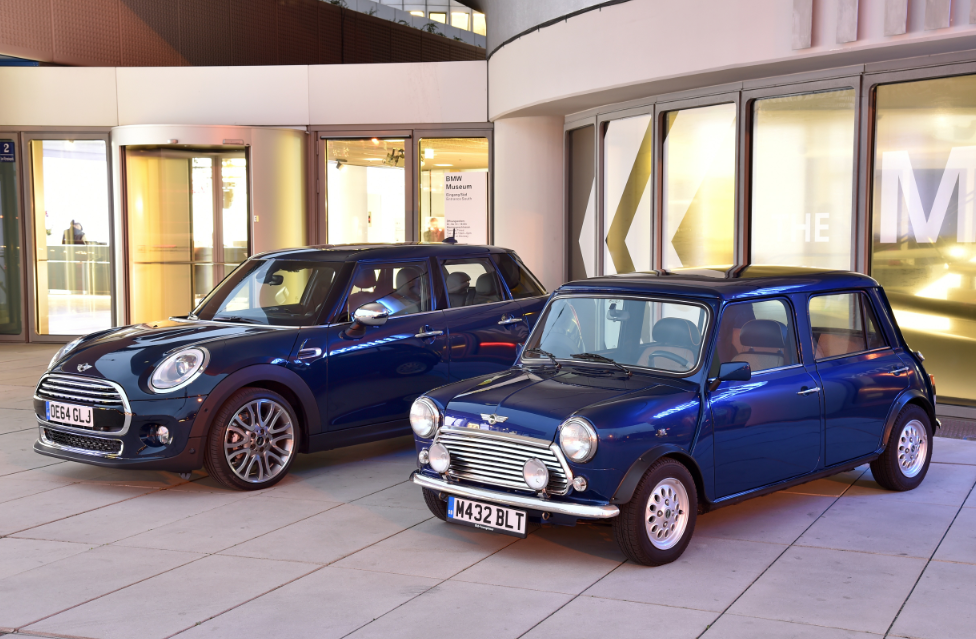 This Rover Mini was converted by Mengers of Germany, who also build the 3WP
Picture courtesy BMW