Swiss Radford hatchback is still out there

Interesting pictures of a stunning Radford Mini de Ville with hatchback have been sent over to me from Switzerland by avid reader Christian Amhof. And it's the same car reader Graeme Farr spotted back in 1987 outside Wood & Pickett's London workshops when it was revamped there. Graeme send over the photographs he took back at the time a year ago and wrote: "Attached some photos I took at W&P in 1987. I didn't get any photos of the McCartney Mini as it left the day before I was there. Just saw this Radford getting a WP makeover – the Radford dash was complete and in the skip – and Eddie (Collins-JB) said I could grad it if I wanted. But I had caught the train there so it was a bit bulky to take back to London." Now that's a pity, putting things mildly! 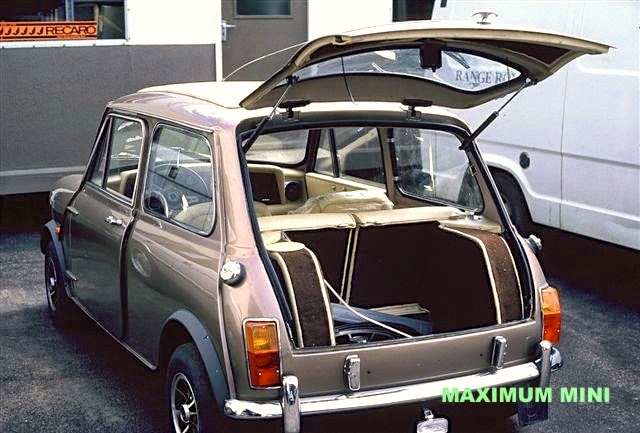 Radford or Wood & Pickett? Well, a bit of both really! Seen here at W&P in 1987
Picture courtesy Graeme Farr 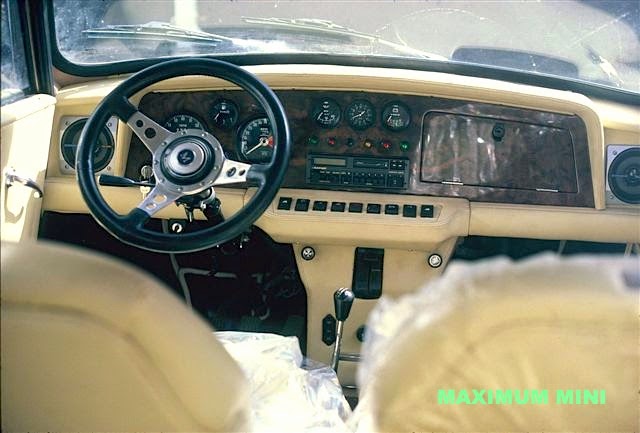 Brand new dashboard had just been fitted, the old Radford one ended in at the skip...
Picture courtesy Graeme Farr 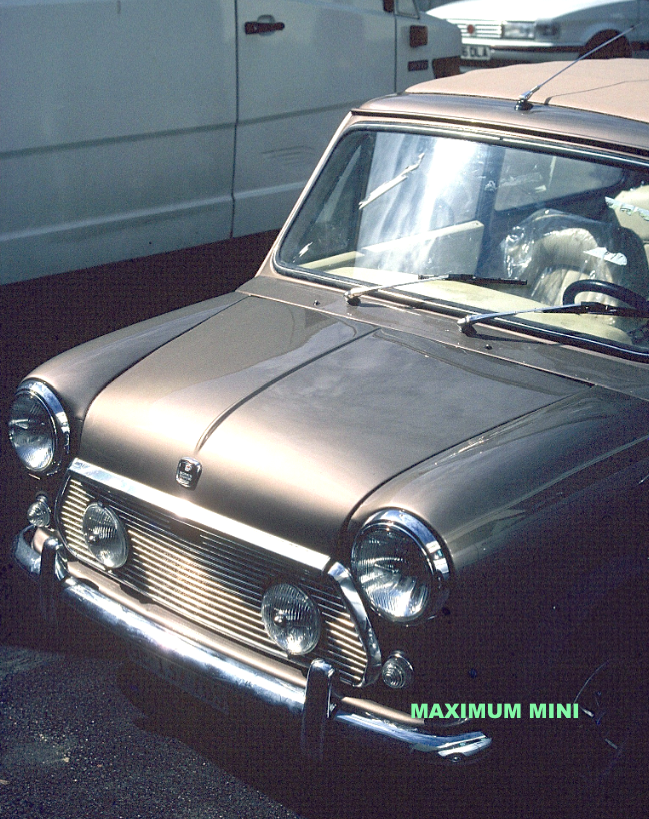 Base vehicle is a Mk2 Morris Cooper (S?). If you look closely you can see Geneva plate
Picture courtesy Graeme Farr

Meanwhile, Christian has seen it several times in his native Switzerland, and it appears to have changed next to nothing since its 1987 overhaul, still wearing the same colour and trim. Christian wrote: "I have seen it several times at the British Car Meeting in Morges, but the car never wears a number plate nor can you see the owner… I heard of another W&P car in Switzerland which once belonged to the Shah of Persia."

Interestingly, the supposed Shah's car was in at W&P's workshop at the same time back in 1987 when Graeme was there - more on that later. For now: who knows more about this intriguing pair of coachbuilt Minis? 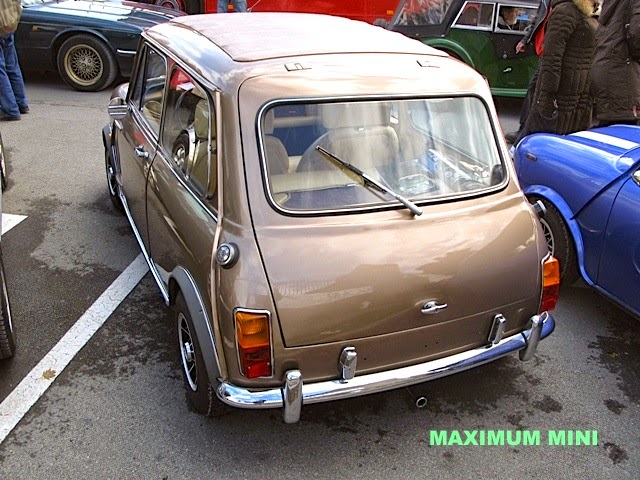 The same car last year. Only the reversing light seems to have been changed...
Picture courtesy Christian Amhof 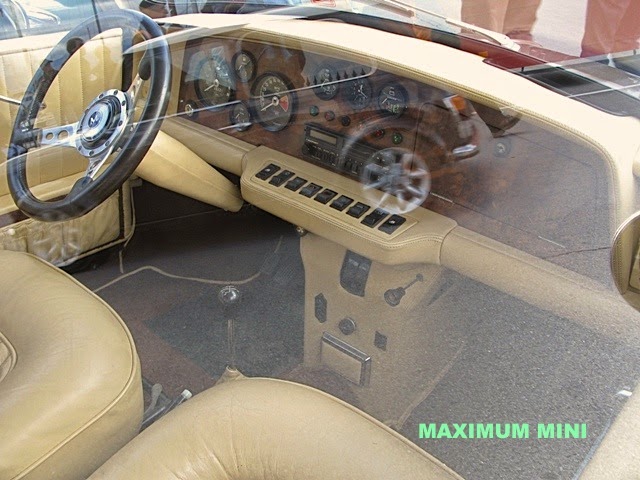 Interior, too, is still all the same, spotted here at the British Car Meet in Morges
Picture courtesy Christian Amhof