Is this a prototype Scamp?

I am not sure, but the hulk of rust you see below may represent a very interesting piece of Mini-derivatives history. Ian Whitehead got in touch about it recently because he bought the thing, not knowing what it was. He wrote: "Hi Jeroen, Ian here. I don't no if you can help, but I've just got this Mini and all I've been told is that it's not a Scamp. Have you come across this model before?"

I hadn't, but I was pretty sure it was a Mk1 Scamp never the less, with the signature chassis frame and shapes looking very similar to me. And because this car came with a different front I just thought it was a Scamp that unfortunately was butchered up at one stage in its life. Or maybe at the very start of it, since these cars were sold as kits to people who built them in whatever way they liked...

But then Ian came back to me, writing: "Yes, I think you're spot on the main frame being an early Mk1 Scamp and I've found out that both front and back have not been built to Scamp spec. Also, it's not on the log book as Scamp - it says body type Robert Mandry. But as it took four hours to get it out of the barn and only cost £100 I'm happy…"

Now, that triggered me, since Robert Mandry was the man who originally designed the Scamp. It may be a very early example of the species then…? That may also be the reason why it is different. Or as Ian put it "In the early design stage perhaps he hadn't been up the pub enough!"

The car is registered in 1966 while Mandry did not start any earlier then 1968 with his Scamps. The 1966 D-reg could very well be that of the Mini donor - a 998 with automatic, but since it's registered as a Robert Mandry special it could well be something else, too. Ian adds: "Most of the fittings are Mk1 Mini, even the front drums are single cylinder so they are pre 64?" Who knows more about it?

UPDATE 18 August 2015: restoration now finished - over to the next projects! (click here) 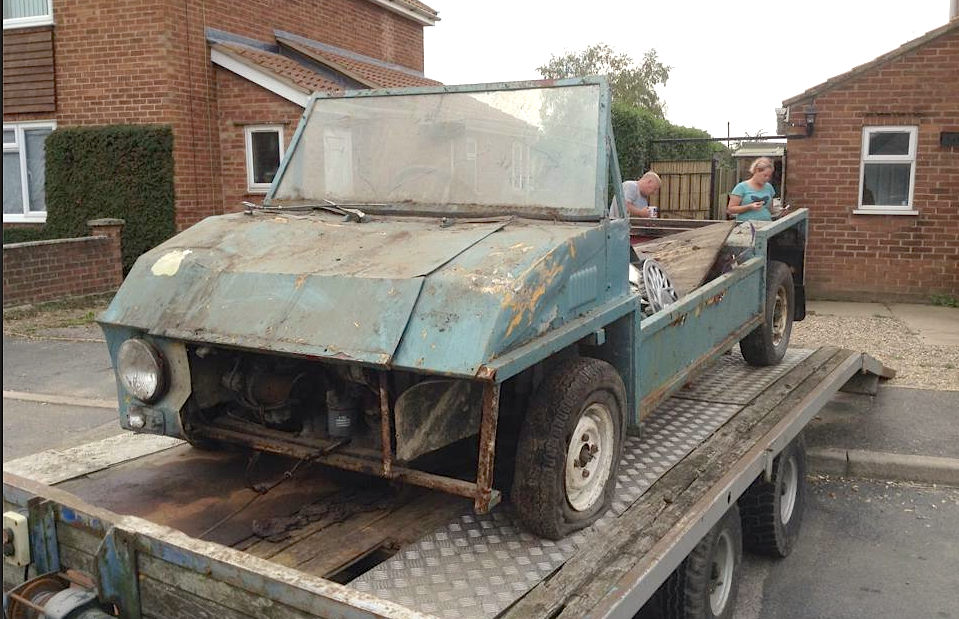 It is a Scamp Mk1, there's no doubt about that. But could it be a prototype?
Picture courtesy Ian Whitehead 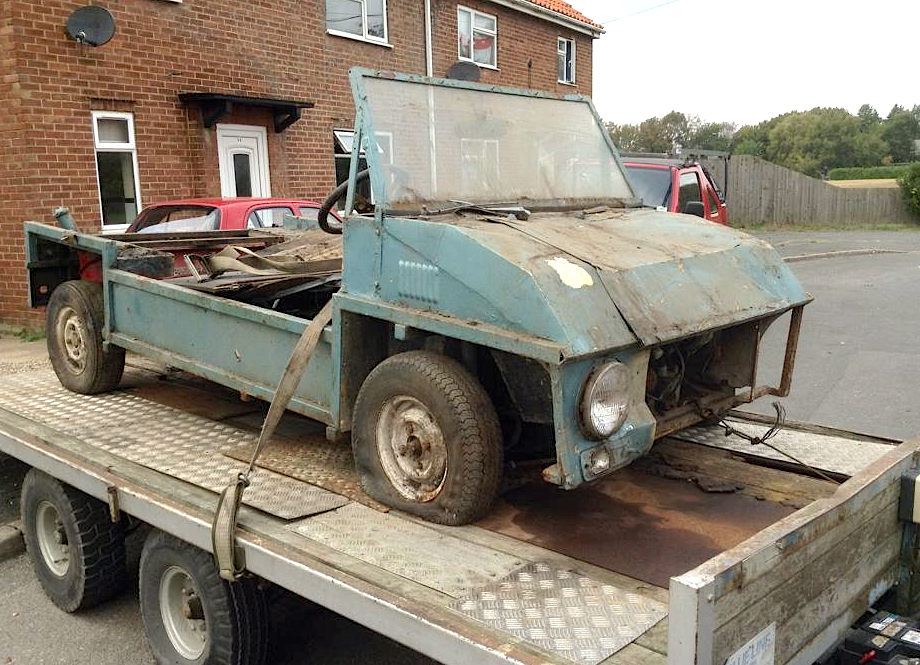 Front is very different from the Scamp as we know it and it's oddly registered, too
Picture courtesy Ian Whitehead 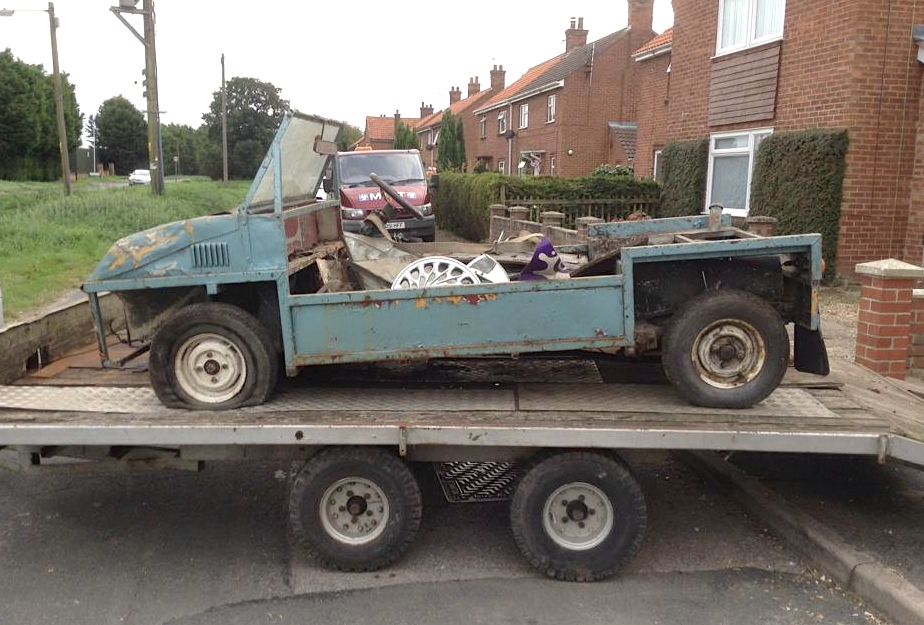 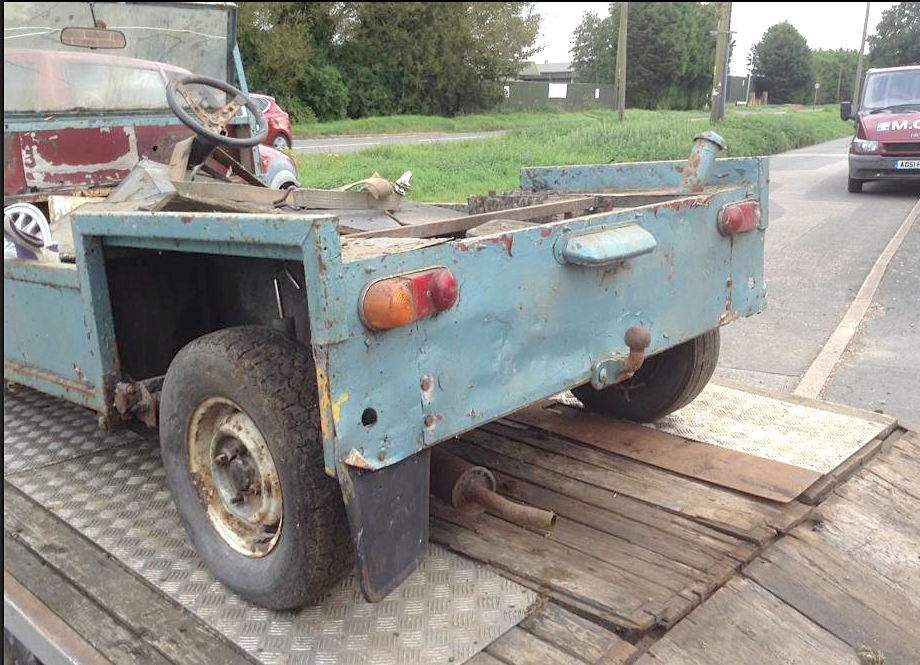 But the car's rear is even simpler than that of the Scamp Mk1 that we know...
Picture courtesy Ian Whitehead

Email ThisBlogThis!Share to TwitterShare to FacebookShare to Pinterest
Labels: Barn finds, Find of the Year, Scamp