A very nice Stimson Mini Bug has come up for sale in Switzerland, which makes me wonder again about the Swiss-built Stimsons, imported as kits by Carrosserie Brühwiler in Luzern. See here for some more information. Was this car one of the official ones? It may well be. The car appears to have the same kind of spats around the rear wheels as the one on the official picture. Oh - and this one in Switzerland seems to have them, too. But then there's this little plate under the bonnet saying 'Hesteller (builder): Lehner + Kocher'. Who were they? Another plate, on the car's body, says 'Another moulding by Fauchon Plastics Ltd'.

I asked Barry Stimson for a little clearing up and he said: "The Swiss bug looks nice...but sounds a lot of money (they ask 12,500 Euros-JB). Fauchon Plastics is the company I got to mould most of the production cars from plugs and moulds of mine. They moulded Mini Bugs simply for us. They did not have any rights to sell mouldings direct. I may have agreed that they could badge to say 'Another moulding by Fauchon Plastics' - I don't remember… it was all a bit laid back at that time. If it helped them I probably said okay. Or… I suppose they could have sold mouldings without my knowledge, but I don't think so."

But Barry wouldn't by Barry if he didn't come up with a nice little fun fact: "I had only one agent in Switzerland but I also remember there was a coffee bar, in Zurich I think,  called The MINI BUG. The table napkins had graphics depicting a Mini Bug....and a real Mini Bug, minus engine, set on a plinth or pole in the centre of the shop. I don't have any pix anymore…"

Now wouldn't it be nice to learn a bit more about that..? Who can help us with pictures or more information? 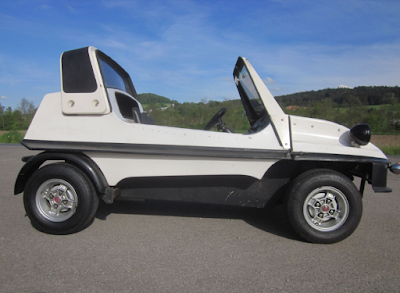 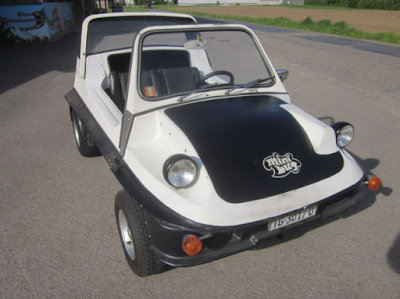 Asking price of 12,500 Euros seems somewhat on the steep side though
Picture courtesy mobile.de 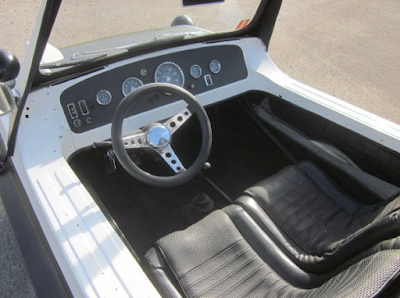 Was it a 'Carrosserie Brühwiler' car? It is said to have a 1976 registration...
Picture courtesy mobile.de 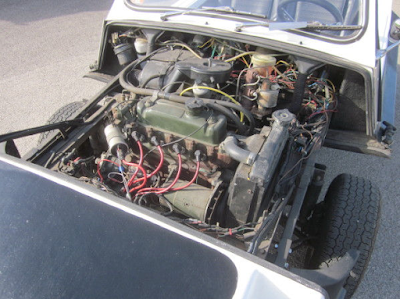 …and a 998 engine. Unlike Mini Bug in Swiss coffee bar, which came without
Picture courtesy mobile.de 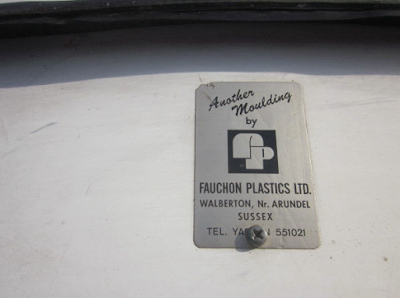 Fauchon Plastics did most of the mouldings for Stimson's cars, but didn't sell bodies. Probably
Picture courtesy mobile.de 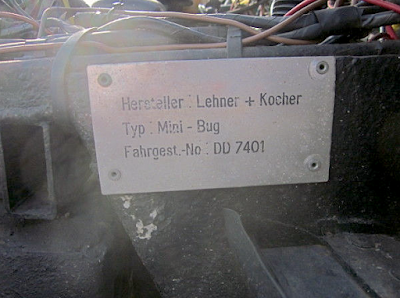 But who were Lehner and Kocher? Privateers building a Mini Bug for themselves..?
Picture courtesy mobile.de