The Mk1 Performance Conversions / Maximum Mini Action Day 2015 took place last weekend at Blyton Park and was another smashing hit. Several people had postponed their entry in the days prior to the event, which made me kind of anxious and we didn't really need our sunglasses (putting things mildly), but despite all that we saw a good turn out of Mini derivatives never the less. In fact there were more interesting cars then I can describe in one blog article, so this is the first of my posts about it - a second will follow later this week, probably a third, too. So let's have a look with the pictures below as a guideline. 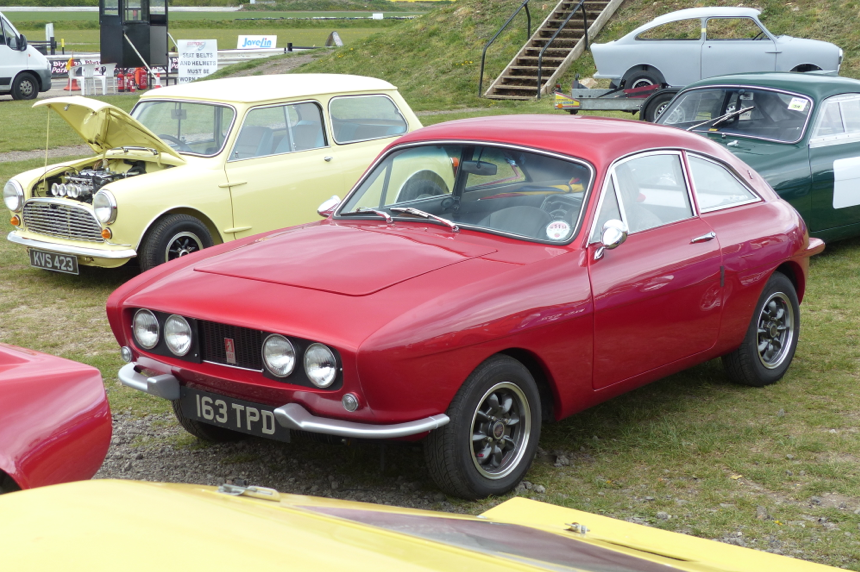 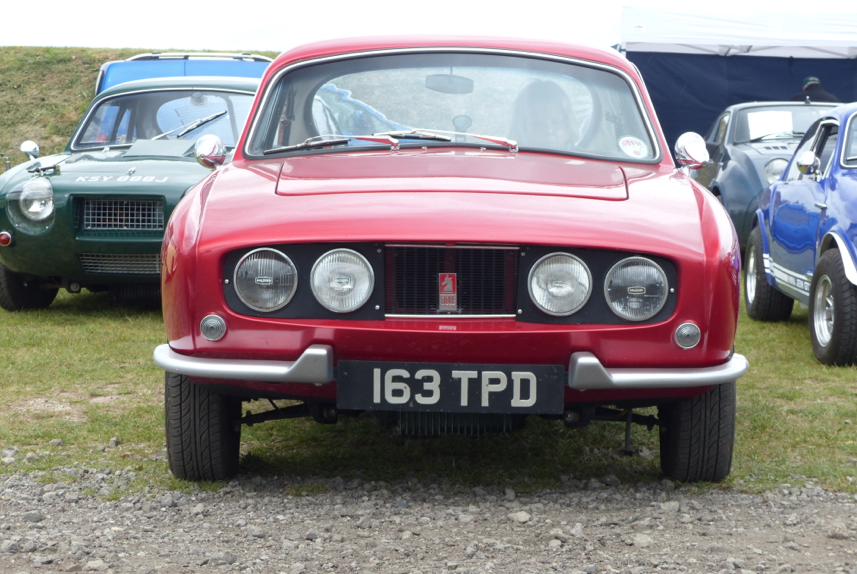 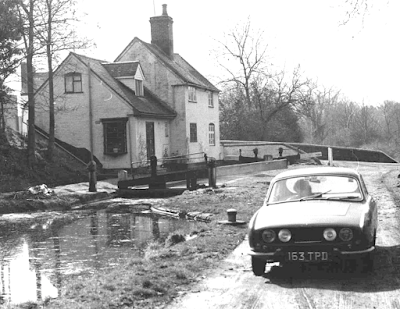 Geoff owns the car since 1963, seen here that year with his wife behind the wheel
Picture courtesy Geoffrey Hunter 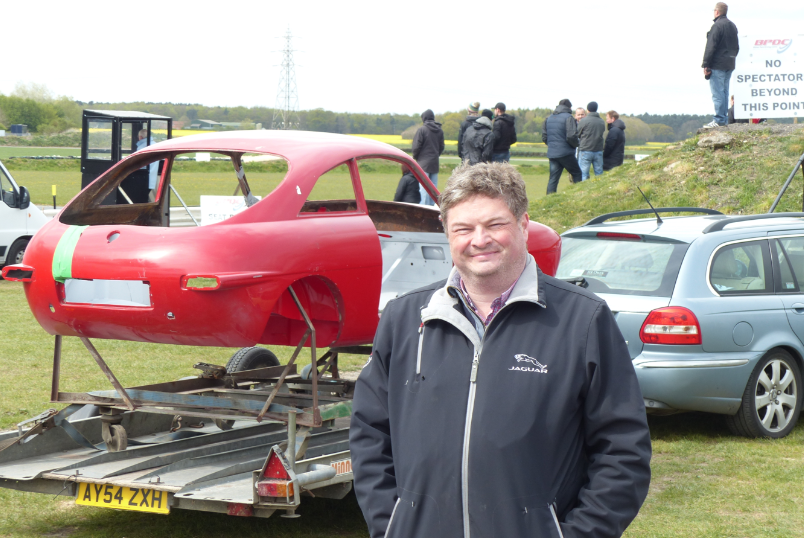 Writer, journalist, GOMW chairman and ex-Deep Sanderson owner Guy Loveridge is another enthusiast Ogle owner and hopes to have his racer ready for next year's event.
Picture Jeroen Booij 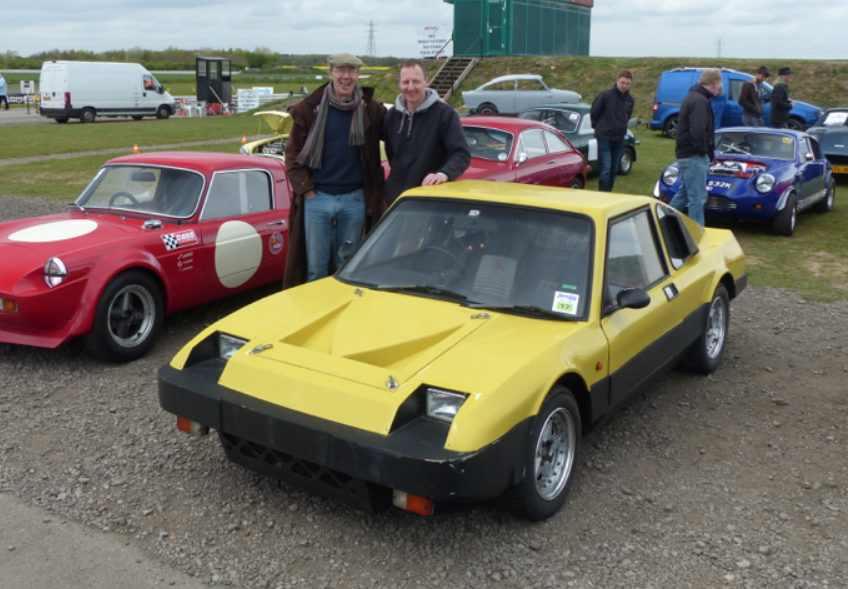 You may know Wil Ker's Nimbus Coupe and that's Wil standing behind it (right). The other man must have been a bit of a surprise for him, though…
Picture Jeroen Booij 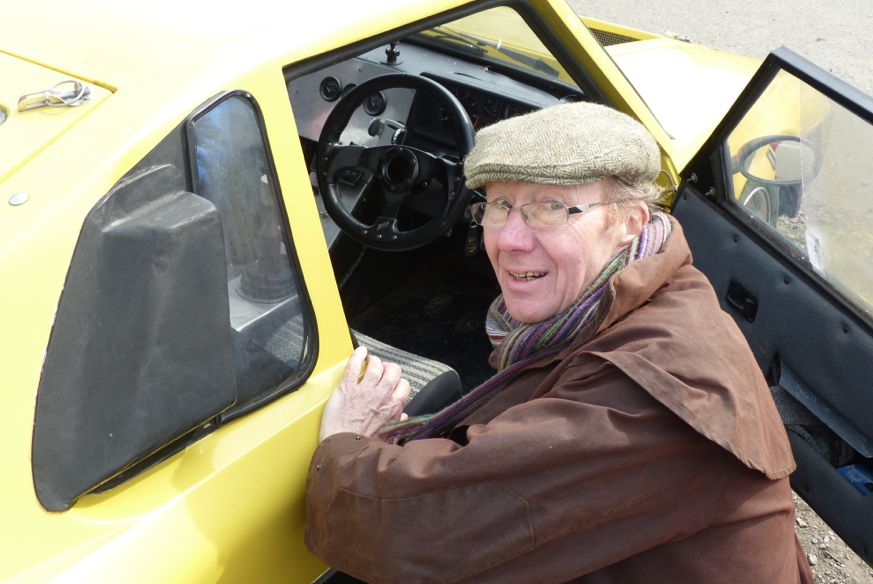 …It's Ian Shearer who designed the car back in the early 1980s and now decided to come over (he lives in France most of the time) and have a look. Ian had some great tales to share!
Picture Jeroen Booij 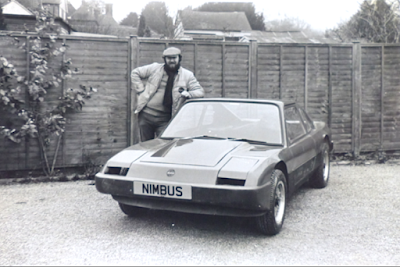 That's Ian with the prototype in 1983. Or actually it was the car he built for himself which more or less accidentally made it to production. A story I'll keep for the near future!
Picture courtesy Ian Shearer 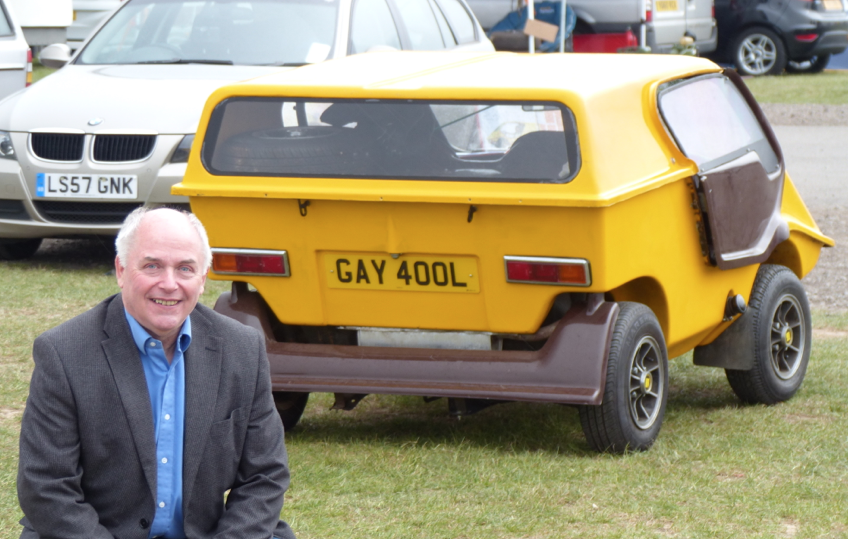 One of Ian Mitcheson's TiCi's was featured in Maximum Mini 1 - he owns three!
Picture Jeroen Booij 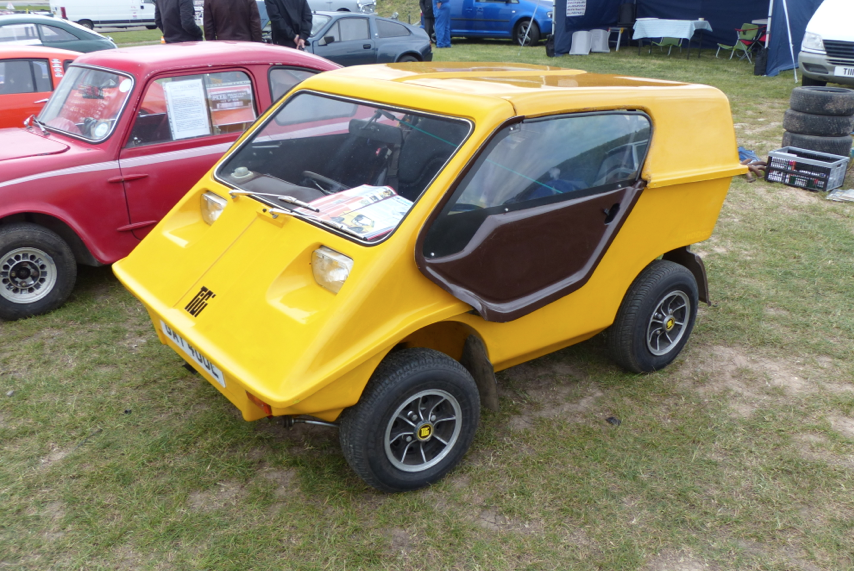 This particular car, with ultra-rare hardtop, was actually driven by Sir Stirling Moss at the car's launch
Picture Jeroen Booij 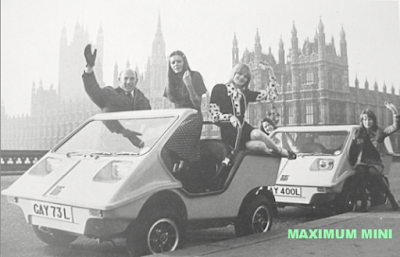 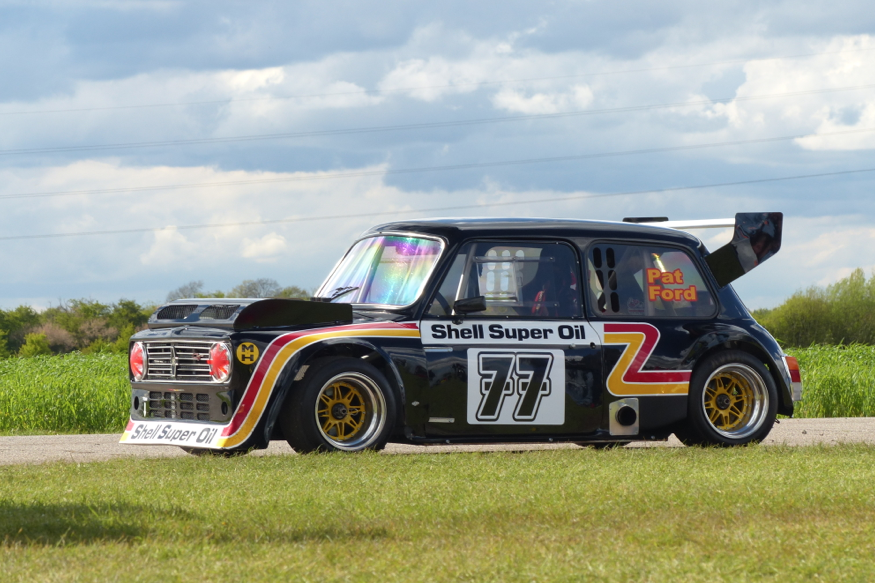 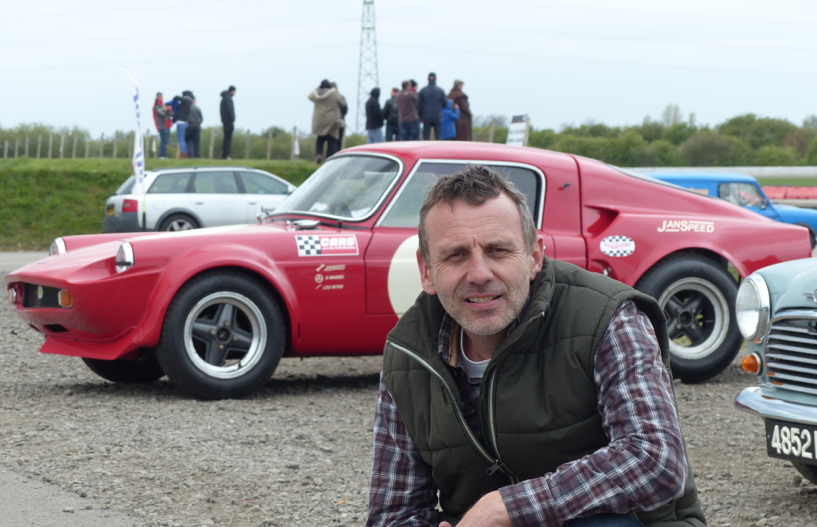 Co-organizer Pete Flanagan brought his Janspeed tuned Unipower GT and what a treat
it was to finally see it in the flesh!
Picture Jeroen Booij Pete did a terrific job on the car's restoration - in fact it's still not totally finished, he says
Picture Jeroen Booij 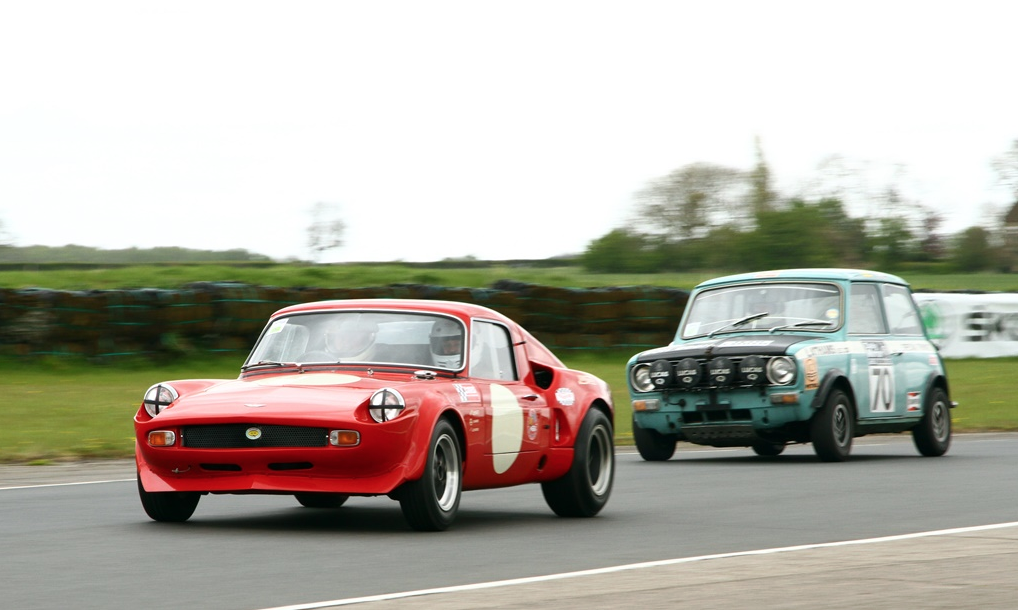 But it went well on the track, despite a water loss issue from the header tank
Picture courtesy Stuart Watson 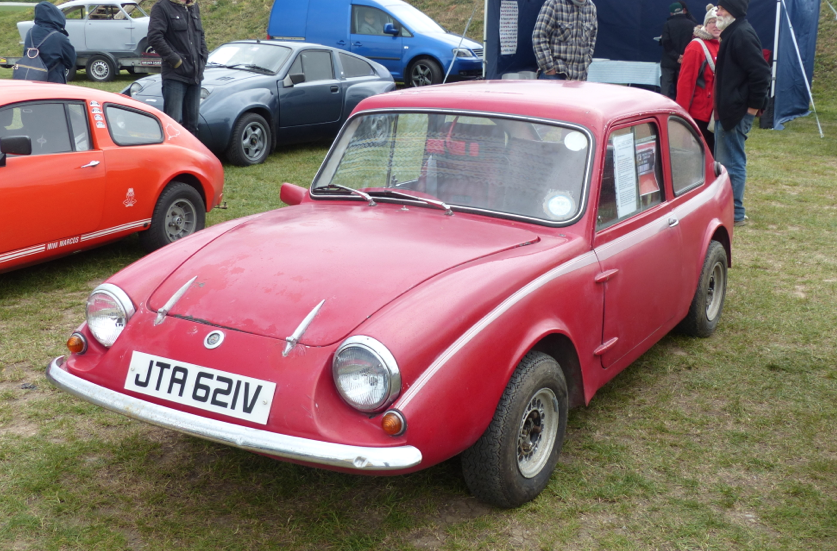 Pete's Unipower would have been the obvious winner for 'Best Mini variant' but that title went to this barn find Peel Viking. Only just unearthed but MOT'd and seen driving on the park this weekend!
Picture Jeroen Booij 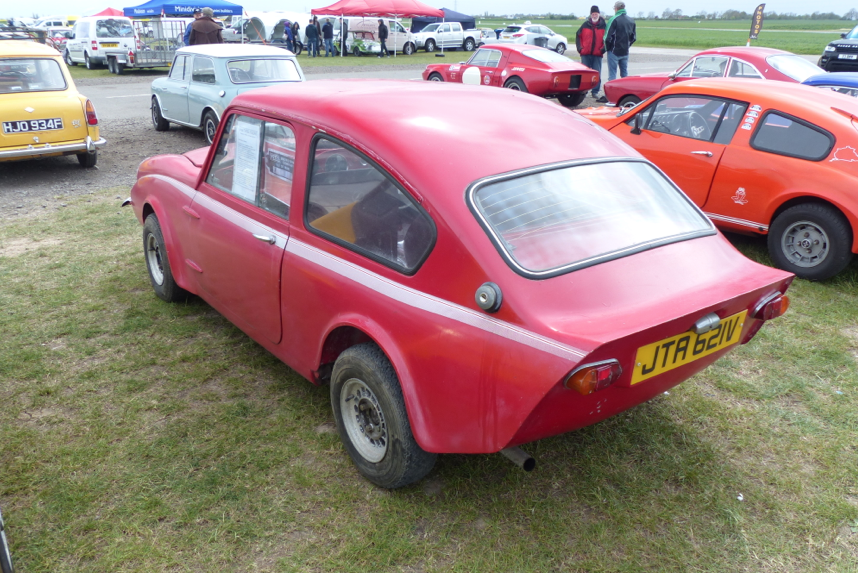 The Peel's early history is shrouded in mystery, but hopefully we can find out more. I will do a separate article on the car soon, with all known details so you may be able to help, too…
Picture Jeroen Booij