It is with regret that I understand that Robin Statham died unexpectedly last week. Robin was the man who made the majority of MiniJems after he'd taken the project over in mid-1967 from founder Jeremy Delmar-Morgan. The car just been launched earlier that year at the Racing Car Show in London. Based in Penn, Buckinghamshire Statham produced the kits under the Fellpoint Ltd. banner. Initially as the Mk1, but in January 1969 he introduced a much revised Mk2 version, again at the Racing Car Show. Statham made a few lightweight shells, one of them which he built up as his own racer with 1293cc engine and 130 mph top speed after a Wade supercharger was added to the spec. In a Mod-Sports race at Silverstone he finished third behind an AC Cobra and a Jaguar E-type.

Under Statham, Penn Garage and Fellpoint Ltd. gained a good reputation and he became responsible for the majority of Mini Jems produced, selling kits with doors and windows fitted, painted and trimmed for £350. In 1970 he also teamed up with Barry Stimson and the new Mk2 Stimson Mini Bug was launched on the Fellpoint /Jem stand at the 1971 Racing Car Show. That same year Statham also unveiled the revolutionary Jem Futura - a car of his own design that brought the company into trouble. Interest in the Futura was huge, but building the prototype had been so costly, that it made an end to Fellpoint Ltd. and in July 1971 the company went into liquidation. By that time Statham had built around 160 MiniJems.

Statham's funeral takes place at Amersham Crematorium, next week, on Thursday 29th October at 3:15pm followed by drinks at The Wheel in Naphill. Fellpoint Mini Jem owners are very welcome, especially when they bring over their cars. 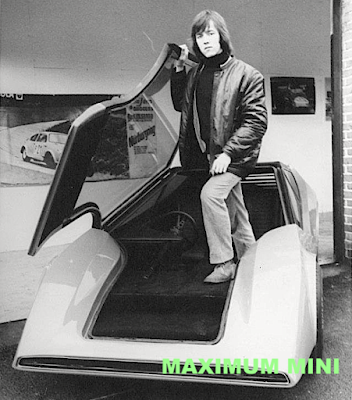 A young Robin Statham with the Jem Futura, the car that spelled the end for his car venture
Picture Jeroen Booij archive 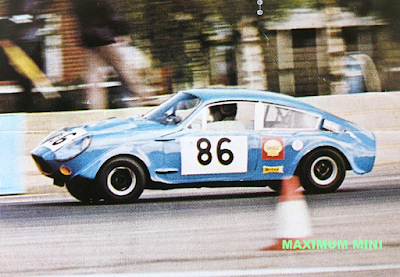 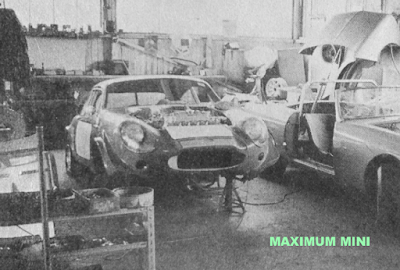 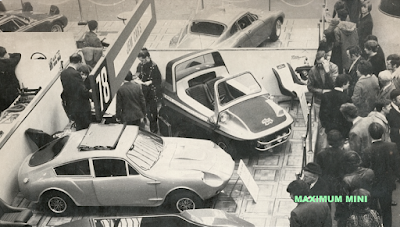 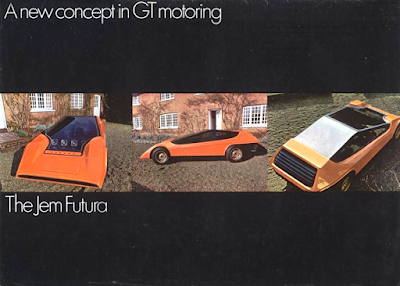 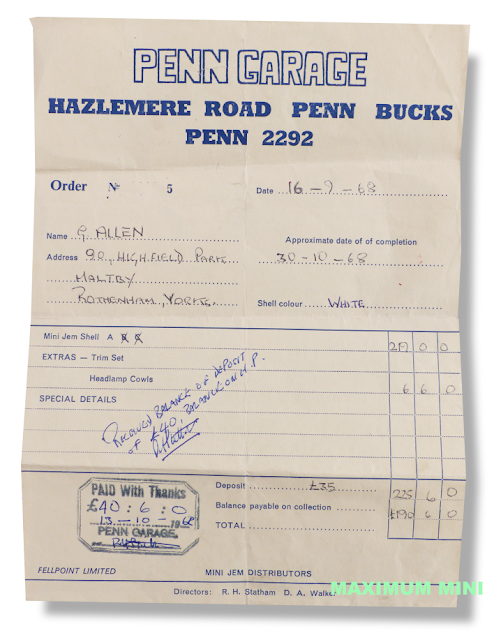 This is an original 1968 invoice from Statham for a Mk1 MiniJem
Picture Jeroen Booij, thanks to Goff Allen